The lawyers who launched a massive class-action lawsuit on behalf of customers of National Money Mart Co. originally tried to claim $27.5-million in fees for themselves. But in a much-discussed judgment, the Ontario Court of Appeal has upheld a lower-court ruling that ripped up the bill and reduced it to $14.5-million.

The original lawsuit, launched in 2003, accused the payday lender of charging illegal interest rates and gouging its mostly poor customers. A settlement, agreed on after a trial had started in 2009, had to be submitted for court approval.

The central issue then became not what Money Mart was charging its customers, but how much the lawyers spearheading the case against the company - including Harvey Strosberg of Sutts Strosberg LLP in Windsor, Ont. - deserved to be paid.

The decision, issued late last month, has lawyers talking. Those who specialize in class-action suits warn the ruling could deter lawyers from going up against big corporations, which have highly paid defence lawyers at their disposal. Others welcomed the judgment, which they predict will lead to courts finding new ways to better scrutinize large lawyers' bills in class-action settlements.

"There is sticker shock that's involved with the amount of fees claimed in a very large class-action case," said Terrence O'Sullivan, the lawyer hired by Mr. Strosberg and his legal team to argue the issue of how much they should be paid. "In this case, the law firms had $10-million in unpaid time. They carried that time for seven years - they ran the risk of losing it all."

The story of the six-year, hard-fought legal battle against Money Mart has several twists. The lawsuit, launched on behalf of about 210,000 Money Mart payday loan borrowers in Ontario, accused the company of breaking the criminal code. At the time, annual interest rates higher than 60 per cent were illegal.

Money Mart disputed the plaintiffs' lumping together of all its fees, including cheque-cashing charges, as interest. If all were deemed to be interest payments, however, according to evidence at the trial, the effective annual rate on one nine-day $100 loan (which cost $19.18 in fees and interest) was over 120,000 per cent.

But in 2007, the federal government changed the criminal code to exempt loans such as those offered by Money Mart, at least in provinces that introduced legislation to regulate the industry. Ontario's rules were proclaimed just weeks before the trial in 2009, setting the maximum payday loan charge at $21 for every $100 borrowed.

There was also evidence that exacting a large cash penalty out of Money Mart could force the company to seek court protection from its creditors - potentially leaving only an "empty judgment" and nothing at all for the plaintiffs.

After mediation by former Supreme Court of Canada judge Frank Iacobucci, the two sides settled. Under the original terms, the lawyers, including Mr. Strosberg and other lawyers from Heenan Blaikie LLP, Paliare Rosenberg Rothstein LLP and Koskie Minsky LLP, would have received $27.5-million in fees.

Customers of Money Mart would not have received any cash, but $56-million in loans would have been forgiven. Others would have received a share of $30.5-million worth of $5 vouchers, good for fees on future loans from Money Mart - the very outfit they had accused of charging criminal interest rates.

"This does not make sense!" thundered an e-mail submitted to the court by Guy Laporte, a Money Mart customer who objected to the settlement. "I do not want to use Money Mart services ever again! I do not want credits! I want an apology, and I want a refund of some of the money that they stole from us by overcharging us interest. That would be justice!!"

Money Mart's lawyers took no position on the fee question. But the arrangement clearly raised red flags for Mr. Justice Paul Perell of the Ontario Superior Court. In his March, 2010, decision, he said most of the loans forgiven under the settlement had already been written off, and scoffed at the vouchers as a "business promotion for more payday loans."

In order to give some class members cash awards from the settlement, he reduced what he called the lawyers' "not-bargain-basement" fees, noting that Mr. Strosberg billed $808.58 an hour.

Judge Perell set the new legal bill at $14.5-million. That number still offers a premium, customary to cover the risk lawyers take in launching cases on contingency. (Totalling the billable hours alone would result in a $10.3-million fee.) But Mr. Strosberg and the other plaintiffs' lawyers took their case to the Ontario Court of Appeal, reducing their original demand to $20-million. But in a ruling issued March 28, they were rebuffed again. Their lawyer, Mr. O'Sullivan, said they have not yet decided whether to seek leave to appeal before the Supreme Court of Canada.

He said the ruling on the fees could discourage law firms from taking on large, complex class-action cases like the Money Mart one.

Both judgments highlight the special problems judges face when trying to approve a settlement in a class action. Because a settlement's already been reached between opposing lawyers, there's usually no one to offer a dissenting voice. In addition, lawyers seeking large fees could be considered at odds with their own clients.

The Court of Appeal ruling suggests that courts should appoint special, third-party lawyers to scrutinize lawyers' fees in such settlements. John Kleefeld, an assistant professor at the University of Saskatchewan College of Law who has written about class actions, said this practice would likely become more common after this ruling.

Such a practice could help alleviate some of the cynicism surrounding class actions in general.

Veteran class-action litigator Won Kim, of Kim Orr Barristers PC in Toronto, said class-action proceedings like the Money Mart case are often the only way people in this kind of situation can seek justice. 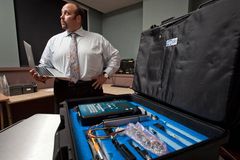 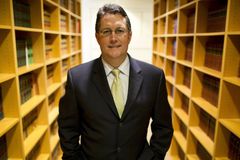 Use of 'Lawyers Without Borders' tag fuels legal skirmish
March 22, 2011 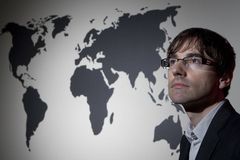