Ottawa's attempt to soften excessively tough anti-corruption measures has hit a snag, with some major industry players saying government suppliers will still be unfairly punished by the federal government under the new rules.

The main concern is a measure announced by Public Works and Government Services last Friday as part of its updated "integrity regime": Any supplier can be suspended for up to 18 months just for being charged here or abroad of a range of offences, including bribery, money laundering and extortion. However, the government said it could alternatively impose an "administrative agreement" instead of a suspension, which would see a third-party monitor ensure the charged supplier is taking steps to fix the problem.

"This raises, among others, issues relating to the presumption of innocence," said Louis-Antoine Paquin, a spokesman for SNC-Lavalin Group Inc., the scandal-plagued Montreal engineering and construction firm charged in February by the RCMP with fraud and corruption over alleged acts while doing business in Libya. The company has denied the charges and said it will "vigorously defend" itself. "We'll have to see about the administrative agreements that the government refers to," Mr. Paquin added. "It will be important to see how [they] are managed to cope with this issue."

Philip Turi, general counsel with Canadian Manufacturers & Exporters, Canada's largest trade and industry association, said the new measure "is difficult because … in Canadian law there is generally a presumption of innocence until proven guilty. What a suspension does is it throws your status as a supplier in question, even though you may actually be innocent. That part will create some uncertainty" for industry.

Under the government's new integrity rules, a supplier is barred from doing business with Public Works for 10 years if it or any board members have been convicted or discharged in the past three years for a range of corruption-related offences in Canada or abroad, including bribery, fraud, money laundering or extortion. However, the decade-long ban can be cut in half if the supplier shows it has taken action to co-operate with authorities and instituted remedial action. The government said the rules would soon be rolled out to other departments and agencies.

The penalty amounts to a retreat from integrity rules enacted just 16 months ago, in which any prior conviction against a supplier or any of its international affiliates would have earned a 10-year ban with no chance for a reprieve for good behaviour. That made Canada far stricter than the United States and Europe, where governments allow convicted companies to win reinstatement and reduce their disbarment for coming clean and taking remedial action. It also created the possibility that some major government contractors – including Hewlett-Packard Co., Siemens AG and SNC – would find themselves out of work in Ottawa for 10 years. The government has also allayed some concerns by saying the new regime "will be adopted on a go-forward basis and will not impact existing contracts" – including a recent deal with an SNC-led consortium to build and manage a replacement for Montreal's Champlain Bridge.

The new rules are softer but still make Canada tougher on corporate crime than other countries. Bennett Jones partners Milos Barutciski and Matthew Kronby said in a note that the revised policy "fails to make a clear distinction between punishment and deterrence of misconduct … and protecting the integrity of federal procurement and taxpayer dollars." They suggested criminal penalties and reputation damage would act as a deterrent, adding that a five-year ban from government contracts would have little deterring effect.

Dundee Capital Markets analyst Maxim Sytchev said in a note Monday that "the likelihood of debarment for SNC in Canada is a small probability especially when the federal government continues to award multibillion-dollar contracts to the company." 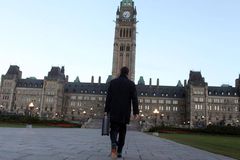 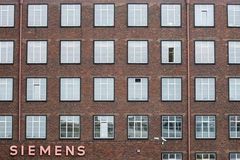 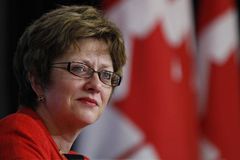 All eyes on SNC-Lavalin profit over Champlain Bridge project
April 16, 2015 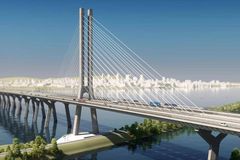