As a young mechanical engineering student at the University of Toronto in the 1970s, John Saringer was, as he put it, "successfully avoiding getting a real job" and looking to get his teeth into something that could lead to a career.

That's when a meeting with Robert Salter, then a world leader in pediatric orthopedic surgery at The Hospital for Sick Children in Toronto, gave Mr. Saringer the direction he was looking for. Using Dr. Salter's research, Mr. Saringer designed a therapy device for use in the first phase of rehabilitation following joint surgery. He then formed Toronto Medical Corp. to build and sell the equipment to more than 50 countries worldwide.

Though that company was sold in 1997, Mr. Saringer's work in the medical community continued when he encountered clinician Jack Hirsh of McMaster University in Hamilton shortly afterward and was asked to help his research in the field of hematology and blood clotting. Mr. Saringer then spent much of the next 10 years conceptualizing and devising the Venowave, a compression pump for treating and alleviating the symptoms associated with poor circulation.

"When I started with Bob Salter, I thought it was a good idea, I felt it was a worthwhile thing to do," says the 59-year-old Mr. Saringer, who holds more than 30 patents worldwide. "I didn't know where it would lead, whether it would result in a business or not, but I thought it would and … what really turned me on was to build products, see them applied to patients and see them make a difference."

Mr. Saringer has since launched Saringer Life Science Technologies Inc., for which he also devised the IceOtherm, a pen-like device that uses both hot and cold therapies to reduce pain in any applied area. Mr. Saringer, a former president of Mensa Canada, credits his innovative abilities to the power of a creative mind.

"I think I have a unique ability, which is not common, which is the ability to visualize products in my head without building them," he explains. "So when Dr. Salter or somebody else tells me a problem, I basically [come up with] 10, 20, 30 different approaches and in my mind I try to sort out which of them are most likely to achieve the objective and be cost-effective to make. And then I develop along that path. But most of the process actually occurs in my imagination."

Mr. Saringer, who was in Milwaukee last week to promote his products, also knows that if his innovations are going to go anywhere, they have to be accepted south of the border.

"Once we're well established here (in the United States) we're pretty certain we'll see a lot of success elsewhere, including Canada," he says. "In Canada, the irony is, if you can say your product is being used in the Mayo Clinic, then they say, 'Well, it must be good.'

"It would be a mistake to tell a Canadian doctor that it's made in Canada because that actually doesn't mean anything; it's how you're doing in the U.S. that matters a whole lot more." 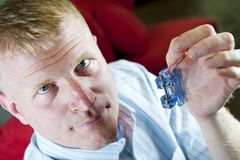 Shana Kelley: A quicker way to diagnose disease
May 12, 2018 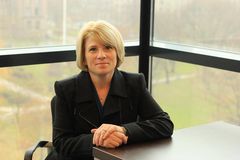 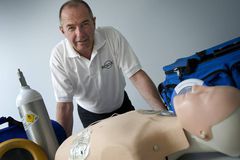 Amanda Pick: A milk carton campaign for the digital age
May 12, 2018 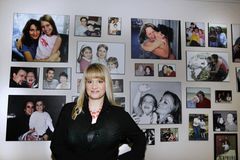 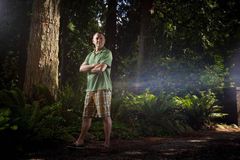 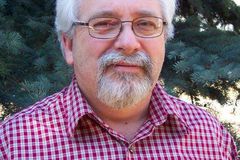