Annette Verschuren is back – and she's propelled by the same kind of growth ambitions for her renewable energy startup that drove her in building the Home Depot business in Canada. Just over a year ago, the Cape Breton-born executive left the top job in the Canadian unit of the U.S. home renovation giant, and took some time to decide what to do next. At 55, she's now executive chairwoman of NRStor Inc., a new venture aimed at solving one of the modern world's big challenges – how to store renewable energy for use after the wind dies down and the sun sets.

Why join this company and this industry?

I wanted something I could be passionate about. I'm an entrepreneur and I love growth. I look for potential opportunities and tough problems. And I want to make money. To do something that is good for the environment is a plus.

What is the plan?

I have been working on this since October. My partner is David Patterson of Northwater Capital, which has intellectual property funds [for pension fund investors] They have really focused on energy and storage and so we set up a company with our plan to open a storage park in Canada.

This is to try to solve the missing link in terms of energy storage. One of the challenges with renewable energy is that the periods when the wind blows do not connect with the energy needs. So the only way to make renewable energy efficient is to have storage, and so we are looking at large-scale storage capacity as one of our first projects in our storage park.

What exactly is this storage park?

We want to commercialize some of the research projects we are working on, such as a Massachusetts company called General Compression, in which Northwater is a shareholder. A company would take excess energy from renewable sources off the grid, and convert it to compressed air with a compressor system. The best place to do it is in salt caverns. Then, when the energy is needed, you get the compressed energy out and, through a turbine, put it back on the grid.

Another company we invested in uses flywheels, and we can see a number of storage concepts being developed in a park. We're looking for a 250-acre site, and that will be the first step in moving us toward a real focus on storing energy.

How did this relationship come together?

I've known David Patterson for 27 years. We got together last fall and started talking about things I could do, and he talked about maybe getting on some boards of Northwater's IP companies. And then we talked about setting up this storage company. When he described it to me, I thought it was absolutely brilliant.

What made it so persuasive?

I am a very practical person. I have respect for the environment. I wouldn't call myself a tree hugger, but I want to be able to do something good from an environmental-energy perspective because I think the needs for energy overall are huge.

Some people say, 'Annette, what about the other energy sources?' I grew up in the coal mining business. I get it. The need is enormous for energy, and it is enormous for clean energy because we need a balance – or we will be challenged. There is so much innovation and I think the time is right.

Whose money is on the line?

Northwater is the company backing this project, and they have the money. I've got some skin in the game.

But what do you really know about energy?

We opened the Verschuren Centre for Sustainability in Energy and the Environment at Cape Breton University and we have a research centre there. I've always been interested in energy. Even at Home Depot, I was always interested in conservation and eco-options. … And when you compare Home Depot with this project, distribution is the key to getting products to the market at the right time. This is a bit of the same thing – getting energy to the market, matching the need with the source.

But why not do retail?

I could never replicate what I did at Home Depot. I knew when I left that I was leaving retail [while still a director of northern retailer, North West Co.] I loved what I did at Home Depot but I am a curious person. I want to take the strength, business acumen and capability I developed over the years and do something different. I'm a good networker and I know a lot of people in the business community; I've worked with government, and bringing them all together is exciting.

So government relations is a big part of what you will do?

There are regulations and all kinds of issues. NRStor is going to be the operating company so as this unfolds we will have a CEO and an organizational structure. But right now, it is putting the plan together – an executable plan – and I hope that is my strength. I took a company that was doing $700-million in annual sales to $6-billion. I know how to use capital and grow companies.

Will the storage park be in Ontario?

We want to be close to salt caverns, and Ontario has salt caverns; so do other provinces, including Saskatchewan, Alberta and Nova Scotia. In terms of the compressed-air piece, that is the really significant stuff. You talk about [storing]2,000 megawatts and you can do it with that technology.

Think of two questions: Do you put new energy on the grid? Or do you capture the thousands of megawatts of energy that gets wasted? An average turbine captures only about 40 per cent of the energy it produces. If it were producing to its maximum, how much more energy could we capture by storing it, rather than having to produce it new? And it is clean energy.

Is this your last stop?

I think this is it. And I don't go where it's easy. I was in home improvement; I was in coal mining and the tobacco business, so I've been in industries that are not for the weak-kneed. I'm 55 and I still have that one big one left in me.

- Worked for Cape Breton Development Corp., which had coal mine interests.

- Joined Imasco Ltd. in Montreal as vice-president of corporate development. 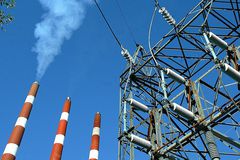 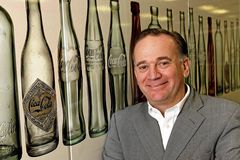 Searching for growth in an age of austerity
March 11, 2012 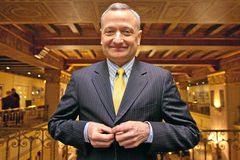 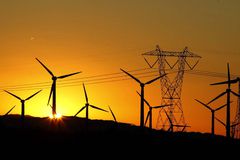 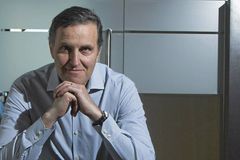 Why the president of Home Depot Canada was considered a 'controversial hire'
October 7, 2010 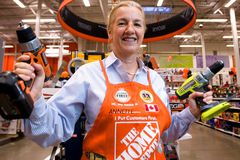