Meet Mark Kahn, founding partner of an India-based agricultural and food technology fund – if you can catch him.

The Montreal-born, Texas-raised co-founder of Omnivore Partners is usually on the road, checking out startups that might improve or modernize farm productivity, as long as they can do it in a sustainable way.

"These are the areas where we see significant technology innovation, rapid market growth, and the potential to deliver superior financial returns for our fund investors."

Mr. Kahn became interested in sustainable agriculture after studying at the University of Pennsylvania and then Harvard Business School. He fell in love with India, has learned some Hindi and started Omnivore in 2010 with co-founder Jinesh Shah.

"Jinesh and I believe that India is the global laboratory for smallholder agriculture," he says. "No other country in the world combines a massive agriculture sector dominated by smallholder farmers with deep reservoirs of technology talent."

Yet a report last year by McKinsey & Co. notes that the sector has yet to realize its full potential. "The sector fulfills only 50 to 60 per cent of the potential yield for most crops. Private capital participation in processing, branding and marketing that drove the agriculture and food sector in several developing and middle-income countries is yet to take off in India."

This is what Mr. Kahn and Omnivore seek to change. From his current base in Bangalore, India, he sees the country's potential partly because, with more than one out of seven people on Earth, it's also an emerging tech powerhouse.

Its strengths include IT software and hardware, auto engineering, farm machinery (tractors), food processing, pharmaceuticals and biotech, among other goods and services.

"We feel that India is uniquely positioned to develop agricultural innovations for smallholder farmers," which can be applicable both for the subcontinent and in other parts of Asia as well as Africa.

"Skymet, our first investment back in 2011, now has the largest network of automatic weather stations in India and has become the infrastructure and services backbone supporting the growth of the agriculture insurance industry," Mr. Kahn says.

Another investment, Arohan Foods, based in Assam, has become the leading pork processor in India, he says. Though India has a large Muslim population and a vegetarian tradition that includes the country's revered founding father Mahatma Gandhi, Mr. Kahn says pork production is nevertheless "an underserved segment with massive consumer demand."

Omnivore has also invested in a company called Barrix, which provides pest management products to farmers that are alternatives to toxic pesticides.

Running a venture fund in an emerging market like India is "always risky," Mr. Kahn says. "We spend a huge amount of time evaluating entrepreneurs and determining whether we think they have what it takes to build a successful business."

That means more or less working constantly, starting at the crack of dawn.

"I also have to review the WhatsApp [social media] discussions among my team and our portfolio companies that tend to carry on throughout the night. I try not to call Jinesh before 6:30 a.m., but we generally have our first chat of the day around then. By 7:30 a.m. I think it's fair game to start calling the rest of my team."

After some exercise and breakfast, "It's meetings with startups, field visits, discussions with other venture capitalists and working with portfolio companies, etc. I travel around 60 per cent of the time, but even when I'm not, I'm rarely at my desk for more than an hour or two each day. Fortunately, I can fall asleep almost instantly while flying."

Despite the peripatetic lifestyle, "Venture capital is a fairly cerebral job," he says.

"We spend a great deal of time thinking about technology trends and sectoral transformation. We're always reading, learning about new technologies, going to conferences. The action part of our job is finding startups to invest in, negotiating deals, and getting hands-on to help these early stage companies grow.

"I can't imagine doing anything else. Working to ensure Indian food security and catalyze rural development is my life's work. If I could do it over again, I would have moved here even earlier." 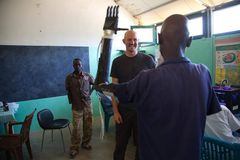 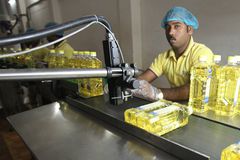