The Globe and Mail's Innovators at Work is a contest to recognize talented Canadians who not only have great ideas, but turn them into reality through their drive and their actions. Readers can nominate candidates here.

When it comes to innovation, wouldn't it be better to be second?

Wouldn't it make sense, in strict risk-and-reward terms, to let another company assume the headaches and expense of innovating first? The second company could come in, build a better thingamabob and profit from the first innovator's trials and errors.

The question made Bill McFarland pause for a second.

It was anathema to everything the chief executive officer of business-services giant PricewaterhouseCoopers Canada had said up to that point and produced a breath of silence in the 26th-floor conference room at the company's Canadian headquarters in Toronto.

Then Mr. McFarland responded with a smile: "Well, that might be a more typically Canadian strategy."

It was a neat turn in the conversation and stemmed back to a key point Mr. McFarland had made earlier.

A lack of drive to innovate or even taking solace in being second best has been a trait of Canada's business DNA. "One of the issues that we grapple with as a Canadian population is that we're conservative to start with, and we're not big risk takers compared to other places around the globe."

Although he himself is a company man with a long career at PwC Canada, Mr. McFarland now finds himself leading the Canadian operations through a time of rapid change.

Technology's acceleration puts pressure on every facet of business, from breaking down hierarchies to making capital investments, a challenge since few have any clear sense what any given industry will look like in five years. So innovation means "a different risk profile than what has been there before, with less certainty. But I think that's why it's important that you look at innovation and have – I'll call it – a robust process around it, tied to business plans, tied to goals," said Mr. McFarland, one of five judges for The Globe and Mail's Innovators at Work contest, in which readers nominate the creative business minds in their lives to have their stories told in the newspaper.

And then Mr. McFarland explained how being second-best innovators, in fact, makes no sense at all.

A study released by PwC in September goes to great length to illustrate how ingraining innovation into a company's every action works better.

Ninety-three per cent of 1,757 executives responding to the international survey said they expect innovation to propel revenue growth. The top innovating companies expect their revenue growth to nearly double the global average over the next five years, far surpassing the growth expectations of weaker innovators. And perhaps most importantly in practical terms, "79 per cent of companies that are really good innovators actually had a disciplined process around innovation, so it wasn't just magic," Mr. McFarland noted.

Mr. McFarland pointed to the grocery sector as a less obvious bastion of innovation.

The sector is highly competitive. Profit margins are low. Yet Mr. McFarland noted how Sobeys, for instance, introduced new store designs, as well as emphasized healthier eating and menu ideas as part of its Better Food For All campaign, all to enliven the customer experience a little. (PwC has worked with Sobeys, but it wasn't involved in that campaign.)

Mr. McFarland sees this as an example of innovation as a means to try out new things, even if they mean going out on a limb, with a greater possibility of failure. But he notes the importance of building innovation into a business plan. Some companies, he said, also reward employees for trying and even failing, setting up a company culture in which not trying is seen as a bigger problem than continual success. "It's about taking those chances. Getting comfortable with failure, which is difficult, and has traditionally been difficult in larger organizations, which are more hierarchical."

PwC Canada is practising what it preaches, Mr. McFarland indicated. As part of its own innovation efforts, PwC is trying to add more diversity of voices to decision-making processes, Mr. McFarland said. "I don't think at PwC we want all Bill McFarland clones. That wouldn't be good," he said.

What has held back many companies hasn't been a fear of innovating. Many chief executives simply haven't been sure how to make that happen. "So they were uncomfortable with the unknown, if that's the way to put it." Instead, the answer is to see innovation not as an added element, but as a core function of any business plan. "It's not magic," Mr. McFarland repeated. 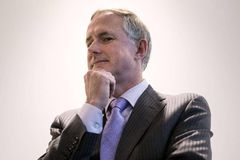 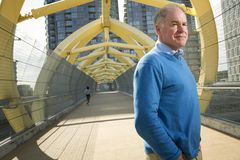 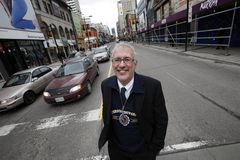 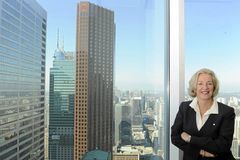 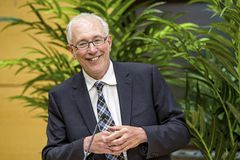