As Canada's major life insurers begin to report first-quarter earnings this week, there are new signs of confidence in the sector despite concerns about persistent head winds.

Analysts expect that growth will be slow and uneven as insurers continue to deal with low interest rates.

Nevertheless, the companies are showing a new attitude, shifting from an emphasis on reducing risk in the wake of the Great Recession toward pursuing new growth opportunities and, in the cases of Manulife Financial Corp. and Sun Life Financial Inc., pursuing ambitious longer-term earnings targets.

When Great-West Lifeco Inc. bought Ireland's biggest life insurer for $1.75-billion in February, it sent a message that the company saw less risk in Europe. Other companies also did deals in the quarter.

"As management is able to turn away from dealing with rolling crises, it is increasingly able to focus on longer-term growth and value creation," Robert Sedran, an analyst at CIBC World Markets, wrote in an outlook note.

One positive for life insurers has been a strong U.S. stock market. The S&P 500 is up 11 per cent so far this year despite a slowing Chinese economy and the bailout crisis in Cyprus.

But fluctuating markets don't help or hurt the insurers quite the way they used to because of the extensive hedging initiatives and changes to business lines that have been put in place since the financial crisis.

And some of the problems that have plagued insurers in recent years still hang over the sector. "Either a virtuous cycle of steadily rising interest rates and life insurer stock prices will resume, or interest rates will remain at suppressed levels putting downward pressure on life insurer stock prices," National Bank Financial analyst Peter Routledge wrote in a note to clients. "We believe the latter is more likely."

Moody's Investors Service Inc. also expressed concern over the insurers' sensitivities to low interest rates, and added that a slowdown in emerging markets and lacklustre growth in the U.S. economy were grounds for worry.

At Manulife, which is the first to report results on Thursday, declining interest rates in Asian countries such as Indonesia and the Philippines are putting pressure on earnings, says Tom MacKinnon, an analyst with BMO Nesbitt Burns. He expects Manulife to be "helped by very buoyant equity markets in the U.S. and Japan, but offset to some extent by additional hedging put on Japan."

In the case of Great-West, which also reports on Thursday, Mr. Routledge cautions that the instability in Europe could pose a risk to the company following its purchase of Irish Life, while acknowledging the purchase could also contribute to stronger earnings. He noted that Great-West "has consistently outperformed its domestic peers in terms of earnings stability and return on equity."

To Mr. MacKinnon, the key to growth lies in the company's asset management business, Boston-based Putnam Investments LLC. However, he notes that it will take time for Putnam to become "in any way a meaningful contributor to Great-West's bottom line."

At Sun Life, mutual funds results will be watched closely since sales have "stalled out over the past two quarters, after an impressive runup in the last half of 2011 and the first half of 2012," Mr. Routledge says.

Sun Life reduced its risk profile by selling its U.S. annuities business in 2012, but the change, along with slower growth in Asia, could, in the future, cause the company to lower earnings objectives for 2015 to $1.8-billion from $2-billion, according to Mr. MacKinnon's forecast.

But even with these factors to watch, the sector should be less exciting this year and next, CIBC's Mr. Sedran reasons, and that's "not a bad thing considering the tumultuous experience since the onset of the crisis in 2008." 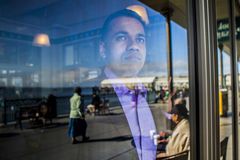 ROB Magazine
Larry Pollock still dreams of building a banking goliath in the West
May 11, 2018 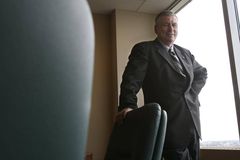 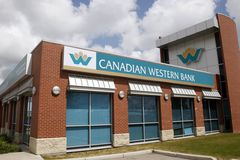