It's a corporate branding nightmare: A company name, carefully chosen to reflect the image and value of the organization, is suddenly associated with violence, death and terror.

That's what happened to U.S.-based Isis Wallet, which makes a mobile phone app for financial payments. It has decided to change its name to Softcard to eliminate any perceived connection to the Islamic State (ISIS) militants who beheaded two American journalists in recent weeks.

"However coincidental, we have no desire to share a name with this group and our hearts go out to those affected by this violence," the company's chief executive officer Michael Abbott said on a blog post, adding that "because we've chosen to move swiftly, small traces of Isis will be visible for a short time."

It's a tough decision to change a corporate name, but an essential one in this case, said brand consultant David Placek, founder of Sausalito, Calif.-based Lexicon Branding Inc., which helped Softcard make the quick shift to the new name.

Softcard has the advantage of being a fairly recent startup in the "mobile wallet" business, without an entrenched image or brand, Mr. Placek said. "Our feeling was they would have little hope to counter the associations with [the terrorist] ISIS," he said. "We didn't really hesitate to give them advice … to change the name."

Mr. Placek noted that it is very rare for a firm to have to change its name because it has become associated with something negative that is completely outside of its control. Companies may change names after an internal issue – Worldcom, for example, changed to MCI after an accounting fraud scandal – but most often it is because of a corporate takeover or merger. Mr. Placek recently helped ING Direct Canada shift its name to Tangerine Bank, after the business was bought from its Dutch parent by Bank of Nova Scotia.

In the case of the Isis link, each situation needs to be evaluated on its own merits, he said. A local retailer that has personal relationships with customers in one market likely wouldn't have to worry, he said. But for national or international firms "it warrants a real investigation." While it seems rational that clients and associates of a company will know the difference between that firm and a terrorist group, there could be subconscious barriers that could hurt, he said.

They should maintain contact with customers and partners, she said, and look carefully at any financial impact from the name-change confusion. But it is very challenging to create a good name, and it should not be dumped precipitously. "[Companies] should understand what equity that name has with their customers before they make a decision."

One company that is not considering a move as drastic as Softcard is California-based drug company Isis Pharmaceuticals Inc. The name issue "has had little impact on our business" said associate director of corporate communications Amy Blackley, noting that the company is not involved in marketing to the public, but works in drug development.

While the company is monitoring how its name is perceived, most of its shareholders are institutional investors and they have expressed no concerns, she said. "We are following what is going on in the news, and we think it is unfortunate, but we really only receive questions and comments from media."

Still, she said, the horrors of the terrorist group are "disheartening" and "we are more cautious when we send people travelling."

In Regina, Isis Salon & Day Spa owner Lori Pawson said she is frustrated, because after doing months of research she decided it was appropriate to use the name of the Egyptian goddess Isis for her business. Now, there have been unpleasant postings on the spa's Facebook page along with harassing e-mails and phone calls. She considered changing the name but has decided against it because of support from the community.

In Toronto, the International School of Interdisciplinary Studies, known as ISIS Canada, is considering a change. "It is a bit of a concern at this point," said Pamela Rosales, administrative director of the private college that teaches expressive arts therapy. A particular worry is that when people type ISIS into a search engine, the terrorist group appears along with the college's listing, she said. Even though ISIS Canada has been in business for more than two decades, it will consider a name change at a board meeting later this month, Ms. Rosales said.

For others, a subtle shift has done the job. Defunct rock band Isis recently altered the name of its Facebook page to "Isis the band" from "Isis" to ensure there is no confusion with the terrorist group. 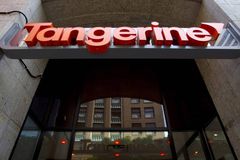 IKEA pokes fun at Apple with ad for newest catalogue 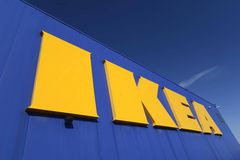