Canadian mining firms, lured to West Africa by low taxes and friendly governments, must now grapple with an emerging new risk: the rising threat of attack by Islamist radicals in the region.

Canadian gold miners have been among the biggest investors in many West African nations in recent years. But after a wave of terrorist assaults on hotels and tourist sites over the past year, along with a report of a rocket attack on a French uranium mine, West Africa is becoming a more dangerous place for foreign investors.

In a sign of the new anxieties, Burkina Faso announced this month that it will deploy more than 3,600 soldiers and police to protect the nation's 18 mining sites from the escalating threat of attack by Islamist extremists who have already struck at targets in the country.

Gunmen from an Islamist radical group killed 30 people, including six Canadians, in an attack on a hotel and restaurant in Burkina Faso's capital in January.

Iamgold Corp. of Toronto is one of Burkina Faso's biggest employers, operating a modern gold mine at Essakane in the country's northeast, near the borders of Mali and Niger. The company's officials, replying to questions about the new military deployment, said they have a policy of refusing to comment on security matters.

In the past, Canadian mining companies have pointed out that the terrorist attacks and other violent conflicts in Africa are usually in the capital cities, far from their remote mining sites. But this may be changing.

In late May, an Islamist radical group said it had fired Grad rockets at a uranium mining site in the Agadez region of Niger. The site belongs to the French uranium mining company Areva, although the company did not confirm the attack.

In a recent report on Burkina Faso, the International Monetary Fund said there are concerns about the security threat in "rural and border areas" in the country. "Mining companies in particular note that they have had to step up security measures as they cannot fully rely on the police or army," the IMF said in the June report.

Burkina Faso's foreign minister, Alpha Barry, in an interview after the terrorist attack in January, pledged that his government would strengthen the protection of Canadian mining companies. He pleaded with Canadian miners to keep their investments in the country. "These are companies that enable Burkina Faso to live," he said. "Our economy depends on it."

Islamist radicals could attack Western mining companies for kidnapping operations or for strategic reasons, analysts say. "Such institutions remain at a credible threat of being targeted, given the dynamic nature of terrorism in the Sahel and Maghreb regions," said Ryan Cummings, director of Signal Risk, an Africa-focused risk analysis consultancy.

"Mining sites in countries located within AQIM's operational theatre, namely Mali and all countries sharing a border with the country, are susceptible to an attack," he said.

Mining companies in West Africa have already been targeted for kidnapping operations to raise revenue from ransom, Mr. Cummings noted. But groups such as AQIM could be targeting mining companies because any economic decline in West African countries would make it easier to radicalize their populations, he said. 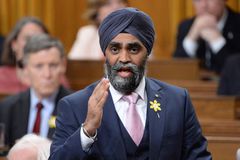 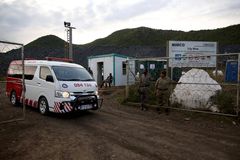 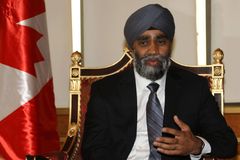