When it raises tolls in May, Egypt's Suez Canal Authority will know that fuel costs rule out alternative routes, but some in the shipping industry say the calculation could reach a tipping point if the risk of delays from unrest increases.

Egypt's economy has been in crisis since the 2011 overthrow of Hosni Mubarak, with Islamist President Mohamed Mursi's cash-strapped government grappling with sliding currency reserves, falling tourism, a soaring budget deficit and a wave of often-violent street protests.

Tolls paid by ships using the canal bring in around $5-billion (U.S.) a year, but a slowdown in trade on the major Asia to Europe route due to global economic turmoil has hit transits, while pirate activity in the region has also had an impact.

To boost revenues, SCA is raising tolls by 2 to 5 per cent from May 1, having also raised them 3 per cent in March 2012.

"The price hike is not that big to the point that would make people leave the Suez canal," said SCA spokesman Tarek Hassanein.

Sources in the ship industry, which is struggling with a five-year downturn in trade, agree that higher bunker fuel costs had deterred ship owners from re-routing.

Peter Sand, chief shipping analyst with association BIMCO, said bunker fuel prices would need to be below $390 a tonne to make re-routing around the Cape of Good Hope viable for a standard container ship. Bunker fuel prices are currently around $650 a tonne.

"The massively high fuel price plays the full advantage into the hands of the Suez canal," Mr. Sand said.

The 192-kilometre canal is the quickest sea route between Asia and Europe, saving an estimated 15 days of journey time on average. A standard container ship bringing consumer goods on that route pays around $1-million in tolls for a return trip through the canal, representing around a quarter of costs for such a voyage. A rise in such costs can't be recouped when freight contract terms are set sometimes years in advance.

"The effect of these increases will be to give a spur to those owners who may already be considering the Cape route as a serious alternative," said Peter Hinchliffe, secretary general of the International Chamber of Shipping, an association that represents more than 80 per cent of the world's merchant fleet.

Several shipowners contacted by Reuters said routing around the Cape was a consideration, given the possible cost of any delays caused by protests within Egypt.

These add to security costs for ships heading to or from the canal, which also have to pass through areas plagued by Somali pirates in the Gulf of Aden and Indian Ocean.

"Everything is going up, even in this downturn, and we also now have to hire armed private security guards. So it all adds up," one European ship owner said. "Other alternatives may not look that far off, and it will be a problem for Egypt."

Unrest has been rife in cities along the canal, particularly at its northern entrance in Port Said, though traffic through the waterway has so far not been affected.

Port Said residents have long accused the Cairo government of neglecting their city, but violence erupted in January when 21 local soccer fans were sentenced to death over a stadium riot last year in which more than 70 people died.

Protest leaders say international traffic on the canal, which employs many local people and is one of Egypt's biggest foreign currency earners, is off limits.

"There is an agreement between the political forces calling for civil disobedience that the Suez Canal is a red line, and no one will come near it in order to protect the country's revenues from the canal," Khaled Kamel, a protest leader, told Reuters in Ismailia, a city at the halfway point of the canal and home to the SCA's headquarters.

But earlier this month protesters blockaded local ferries crossing the canal and some youths untied local supply boats, apparently hoping they would drift into the shipping lanes.

Military police, who tightly guard the canal, quickly brought the drifting boats back to shore, but the incident has raised concerns about security on the waterway.

"The overall situation in Egypt remains relatively fluid due to the increasingly fraught political situation in the country. Tensions are heightened, and the situation brewing in the Suez canal is only likely to exacerbate the situation further," said Andrew van den Born at risk advisor and broker Willis Ltd.

Vice Admiral Muhab Mamesh, head of SCA and former commander of the Navy, said there was full co-operation between the authority and armed forces in the area "to secure and protect the Suez canal 24 hours a day."

Danish oil and shipping group A.P. Moller-Maersk said it was concerned by the growing unrest, which is affecting wider trade with Egypt.

"Our operations in the container terminal in Port Said have suffered numerous delays because of the local situation, and this is increasing the costs of doing business," a Maersk spokesman said, adding the group had no current plans to change its arrangements.

Canal revenues fell to $405.1-million in January, down 4 per cent on the previous month and almost 10 per cent lower than a year earlier, official data shows.

"The threat of Somali piracy has had to have had a depressing effect on Suez canal transits. The uncertainty and insecurity of transiting the Gulf of Aden is piled onto by similar concerns in Suez," said Michael Frodl, head of U.S. consultancy C-Level Maritime Risks.

"There has been a sure but steady decline in the transits and revenues for the past couple of years for Suez. We see the decline continuing, steadily and surely – and if the fees rise and the unrest continues, it will speed things up." 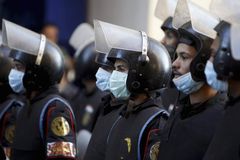 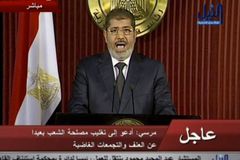 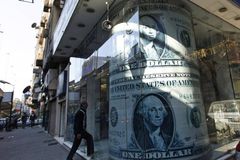 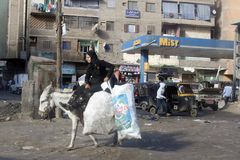 Egypt outlines $8-billion in projects to lure back investors
September 24, 2012