The African subsidiary of Barrick Gold Corp. has engaged in a "sophisticated scheme of tax evasion" to dodge more than $40-million (U.S.) in corporate taxes, a Tanzanian tribunal has ruled.

The tribunal, headed by a High Court judge, said the subsidiary of the Toronto-based company had failed to pay any corporate taxes in Tanzania from 2010 to 2013 while still paying more than $400-million in dividends to its shareholders from its gold-mining profits in the East African country.

The tribunal ordered the company to pay $41.25-million in taxes to the Tanzanian government.

The ruling is the latest sign of growing scrutiny of the tax arrangements of foreign investors worldwide, including Canada's mining companies. The leaked documents known as the Panama Papers are another example of the mounting controversy over alleged tax avoidance.

The Barrick subsidiary said it would appeal the tax ruling to Tanzania's highest court, calling it a "fundamentally flawed" decision. It denied any wrongdoing, and said it was merely following the terms of its investment agreement with the Tanzanian government.

The London-based subsidiary, formerly known as African Barrick Gold (ABG) and now known as Acacia Mining, is the biggest mining company in Tanzania and operates three major gold mines there.

The Tax Revenue Appeals Tribunal, in a ruling on March 31, said the company's explanation for its lack of corporate tax payments was "far from plausible." It accepted the government's argument that the company's transactions were "aimed at tax evasion."

It noted that the company's three Tanzanian gold mines were its only source of profits for the dividend payout.

"Ultimately, the fact that none of ABG's subsidiaries is declaring any profit that could provide its holding company with such huge net profits sufficient to distribute to its shareholders four years in a row is what in our respectful opinion constitutes the evidence of a sophisticated scheme of tax evasion," the tribunal said.

The tribunal's ruling has sparked much publicity in Tanzania, adding to the growing concerns about foreign miners. "Mining companies have long been suspected of being tax cheats, causing the government to get less than its fair share of revenues from the sector," one Tanzanian newspaper, The Guardian, said on Monday.

But the Barrick subsidiary sees itself as the victim of a flawed understanding of its tax agreements. It calculates that it has invested about $3-billion in Tanzania and it says the government has agreed that this investment can be deducted from its corporate taxes.

It says it has paid a further $372-million in other taxes and royalties over the past three years.

"Acacia and its subsidiaries fully comply with all international and domestic tax legislation and have not and never will undertake any form of tax evasion or tax avoidance schemes," the company said on Tuesday in response to the tribunal's ruling.

Jamie Kneen, a researcher at Ottawa-based civil society group MiningWatch Canada, said many governments in Africa are becoming convinced that the taxes paid by mining companies are insufficient.

"The whole mining sector has been increasingly under the microscope around the world as the public realizes how little it contributes to public accounts in exchange for depleting non-renewable resources and leaving behind massive public liabilities in health and the environment," he said.

"Tanzania is just one of many countries where tax holidays, sweetheart deals with mining companies and tax evasion have been the subject of heated debate."

Canada, indeed, has pledged to tackle tax avoidance in the mining sector. In 2013, the federal government promised to help Tanzania and other developing countries to improve their tax-reporting and royalty-collecting systems in the mining and energy sectors. 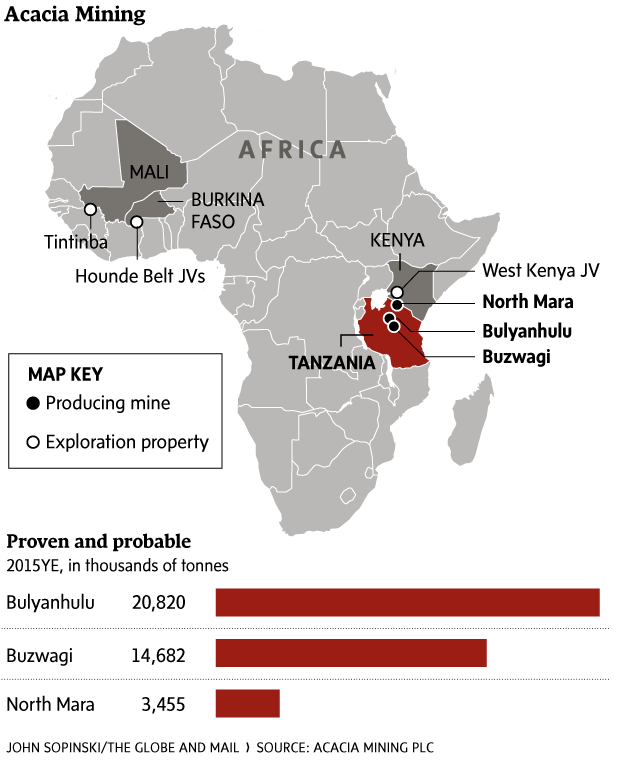 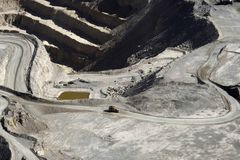