Egypt reached a preliminary agreement on Tuesday with the International Monetary Fund for a $4.8-billion (U.S.)loan, a step seen as vital to shoring up the nation's finances.

Investors who abandoned Egypt during the political turmoil that followed the overthrow of Hosni Mubarak last year have been looking to the IMF to give its seal of approval to the government's economic programme.

Egypt's benchmark index pared losses on the news and the cost of insuring Egyptian debt against default fell.

"We have a preliminary agreement with the technical team of the IMF," Planning and International Cooperation Minister Ashraf al-Araby told a news conference with the head of the IMF delegation, Andreas Bauer, and other Fund officials.

Egypt said the deal included agreement to rein in Egypt's budget deficit with measures including tax changes targeting the wealthy and more careful spending on subsidies intended to help the poor.

However, the 25-per-cent top rate for income and corporate tax would not change, the cabinet said in a statement issued after the deal was announced.

The government has repeatedly said its program would protect the poor, many of whom rely heavily on subsidized food and other essentials. The uprising that ousted Mr. Mubarak was driven as much by demands for social justice as it was by calls for political freedom.

With a rapidly growing population, Egypt needs economic growth to revive to the pace of 6 per cent or more that it was achieving in the years before Mr. Mubarak's overthrow in order to ease widespread unemployment among the young. Growth slipped to just over 2 per cent in the year to June 30.

A recovery has been complicated by weak export and tourism markets and fear among potential investors of a sharp drop in the Egyptian pound currency that could wipe out their returns.

"Even though the preliminary agreement is non-binding, it still sends a signal to investors that we are on the right track," said Youssef Kamel, an analyst at Egypt's Rasmala.

The agreement would go to the IMF board to be finalized on Dec. 19 with the first tranche of the loan to be released immediately the board approved the deal, IMF officials said.

"I expect that the board will agree on the deal," Abdel Shakour Shalaan, Middle East representative on the IMF board, told the news conference.

The EGX30 stocks index recovered from about 1.6 per cent down before the IMF deal was announced to close the session hardly changed. Egypt's five-year credit default swaps fell 25 basis points from Monday's close to 400 bps, according to Markit.

As well as boosting investor confidence, the IMF deal is expected to trigger more aid and concessionary finance.

"The authorities' program will be supported by a financing package of $14.5-billion in loans and deposits on favourable terms from a range of bilateral and multilateral partners, including the IMF," the Fund's Mr. Bauer said in a statement.

He did not give a breakdown, but Qatar and Saudi Arabia have already provided support and pledged more. The European Union and the United States have also pledged funds.

"The authorities plan to reduce wasteful expenditures, including by reforming energy subsidies and better targeting them to vulnerable groups. At the same time, the authorities intend to raise revenues through tax reforms," Mr. Bauer added.

The Fund said the loan carried an interest rate of 1.06 per cent and that there were fees attached. The IMF stand-by agreement would last 22 months.

Although officials would not give a value for the first tranche of the IMF loan, the state news agency cited an unnamed Egyptian ministry official saying it was expected to be around $1.5-billion to $2-billion.

"We are happy that the IMF is supporting our program at this stage," Mr. Araby said, adding the economic program "would achieve social justice and targets those on limited incomes."

As well as cutting the budget deficit, the cabinet said it would cut state debt to about 70 pct of GDP in 2016/17.

On income tax, Prime Minister Hisham Kandil told Reuters on Monday that a new rate would be inserted between the 20- and 25-per-cent bands that affect the highest earners. He did not say at what salary level any new rate would kick in.

The government has already outlined measures to cut back on fuel subsidies, one of the biggest drains on state finances.

They include ensuring subsidized cooking gas cylinders are targeted more effectively to reach the needy, ending subsidies on 95-octane gasoline, the highest grade available in Egypt, and plans to issue fuel smart cards that will limit the amount of subsidized gasoline drivers can buy. 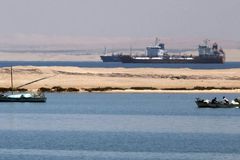 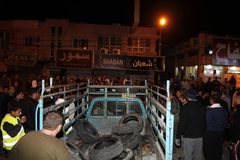 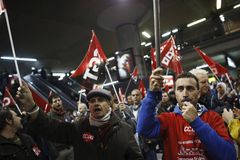