The Saudis are playing a dangerous double game. Their low-oil policy is driving down American shale oil production, as they had planned. But it is also pushing the weakest oil-producing countries – Iraq, Nigeria, Angola, Venezuela and Azerbaijan, among them – into financial assistance packages from the World Bank, the International Monetary Fund and other lenders. For the Saudis, it's a win-win: Slaughter the oil price and let Western institutions mop up the blood.

Saudi Arabia is obviously under pressure from the IMF and the other international institutions to push the price back up, if not to $100 a barrel (U.S.) – a price that may never be seen again – but perhaps to $50 or $60 a barrel. Prices at those levels would be enough to keep oil-importing countries happy, but also enough, probably, to prevent financial disasters in the hard-hit oil-producing countries.

Some analysts, including Olivier Jakob of PetroMatrix, a Swiss oil consultancy, think the Saudis are already getting the message. On Tuesday, Brent crude, the international benchmark, rose almost 4 per cent, taking it north of $44 a barrel, the highest price of the year. Only a week ago, the price was $37 and, in January, it dipped below $30.

There could be any number of reasons for the surge. Speaking at a Financial Times commodities conference in Lausanne, Switzerland, on Tuesday, the top oil traders at some of the biggest commodities houses, including Glencore and Trafigura, said that the market was finally showing signs of coming into balance. The low price was stimulating oil demand while plummeting capital spending was killing development projects.

But the better reason may be that Saudi Arabia, the biggest producer and exporter among the Organization of Petroleum Exporting Countries (OPEC), seems set to agree to a deal at the crucial Doha oil summit on Sunday, where some of the world's largest producing countries, including Iran, Iraq and Russia are gathering. The summit's goal is to freeze production at January's levels, effectively preventing any producers from jacking up output and putting downward pressure on prices, as a newly sanctions-free Iran has been doing.

Quoting a diplomatic source, the Russian news agency Interfax reported on Tuesday that Russia and Saudi Arabia had agreed on an output freeze and that the outcome of the Doha meeting depended on whether Iran, OPEC's second-biggest player, would also agree. The report propelled the oil price even higher.

A year ago, the chances of the Saudis even showing up at a global oil summit bent on freezing production would have been unthinkable. At the time, their game plan was to destroy U.S. shale oil production, a move which has met with some success. The Doha meeting could still fall apart, if only because the Saudis and the Iranians hate each other and would be reluctant as a matter of principle to shake hands on a deal. But the rising oil price says an agreement of sorts is coming.

The Saudis are certainly under pressure from the IMF and other lenders of last resort to put a ceiling on production (and, hence, an effective floor on the price), even if you would not get either side to admit so.

The IMF is not in a good mood as it is. On Tuesday, it warned of global stagnation and cut its growth forecast yet again. It now expects growth in 2016 of 3.2 per cent, down from the 3.4 per cent it had forecast in January, and 3.5 per cent next year, down from 3.6 per cent. Crises in the world's oil-producing countries, such as the collapse of Venezuela, would darken the IMF's mood. Global growth forecasts would have to be cut again as the shock waves rippled through neighbouring economies and expensive rescue missions would have to be launched. Some are already under way.

According to Reuters, the IMF could approve a standby financing package with Iraq that would provide $15-billion of assistance over the next three years. The IMF's mission chief in Iraq said about one-third of the amount would come from the IMF, with the rest coming from the World Bank, the Persian Gulf states, the United States and other Group of Seven countries. Iraq is in trouble. The low oil price has hammered growth, depleted foreign reserves and sent the debt-to-GDP ratio to 77 per cent from last year's 53 per cent.

Iraq is not the only country in trouble. Venezuela, where the shelves are bare and inflation is approaching Weimar levels, is hurtling towards failed-state status. Nigeria and Azerbaijan have been in talks with the IMF and the World Bank on financial assistance packages. In southern Africa, Angola is feeling the pinch too. Last June, it negotiated a $650-million loan deal to buy it time as its scales back spending on fuel subsidies. The country's representatives will be in Washington this week to tap the IMF for loans.

One or two of the struggling countries may be beyond repair. But there is no doubt a rising oil price could prevent widespread disaster among the oil-producing countries in Africa, Latin America, and the Middle East. If Saudi Arabia eases up on its desire to keep prices at rock-bottom levels, the IMF, the World Bank and other international lenders may be spared long, deep and painful rescue missions. The Saudis are under enormous pressure to the part of the solution, not part of the problem. That's bullish for prices.

Opinion
Why are the Saudis oscillating on oil output?
April 7, 2016 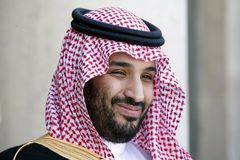 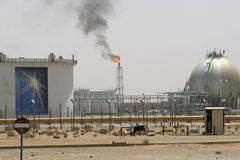