Armed with Kalashnikov rifles and wearing bulletproof vests, the Nigerian police stood watch over the queue, ready to break up any fights in the unruly mass of motorists that stretched around an entire block of the capital city.

The winding lineup was so long that its front almost bumped into its tail. Shouts and arguments erupted as drivers jostled for position. One motorist tried to bribe a policeman to let him jump the queue and avoid the three-hour wait.

This chaotic scene has become the new normal at Nigeria's gas stations as fuel shortages grew worse this year. In an attempt to end the queues, Nigeria announced a dramatic 67-per-cent increase in the price of petrol this week, ending a long-standing subsidy.

For many, the paradox is infuriating. "In Nigeria, we have oil – we're not supposed to suffer to get fuel," said taxi driver Owolabi Samson, whose daily income has fallen by two-thirds because he spends so much time in gas-station lineups. "It's not fair. The people are suffering."

For years, the oil wealth of Africa's biggest country had seemed inexhaustible. But today, its economy is in deep trouble. Oil prices have collapsed. Its currency has plummeted. Inflation is soaring. Imports are increasingly hampered by shortages of U.S. dollars. And through it all, corruption and heavy-handed regulation have allowed paralyzing distortions to flourish.

As the biggest economy on the continent, Nigeria could be the engine to lead Africa to new heights. Instead, its graft-ridden bureaucracy and overregulation has made it a cautionary lesson for oil-dependent countries, demonstrating the pitfalls of slow adjustment to new realities.

Nigeria's economic growth, according to the International Monetary Fund, will slump to just 2.3 per cent this year – its slowest rate in almost two decades. Oil production has fallen to a 20-year low after rebels attacked pipelines and other oil facilities. Nigeria's dreams of joining the world's top 20 economies, which seemed imminent when it was booming at 7 per cent annually before the oil crisis, have been deferred indefinitely.

President Muhammadu Buhari, elected last year in the first democratic transition of power in Nigerian history, has vowed to tackle corruption and diversify the oil-dependent economy. Those are noble goals, but Mr. Buhari is attempting to rule by rigid edict: tightly controlling the exchange rate, limiting imports and clamping down on the supply of foreign currency, which in turn has reinforced a two-tier system of insider access and widespread corruption.

Mr. Buhari flatly refuses to allow a devaluation of Nigeria's currency, the naira, which remains pegged at 197 to the U.S. dollar. Yet, on the black market, the naira has tumbled to about 345 to the dollar, after one of the worst currency declines in the world over the past year. In an import-dependent economy, this pushed inflation to a five-year high of 12.8 per cent last month.

Despite its oil wealth, Nigeria depends on foreign refineries for 80 per cent of its fuel. But for years the government has tried to keep fuel pegged to an official price, far below the market price – which only added to the fuel shortages by encouraging smuggling and theft.

And it's not just fuel. Importers of all products must apply to Nigeria's central bank if they want to acquire U.S. dollars at the official rate. These days, permission is often denied. Instead, the dollars are often given to cronies of central bank insiders, who can immediately sell the dollars for a quick profit on the black market.

As a result, many importers have halted their trade, prices are spiralling upward and much of the economy is grinding to a halt.

"For the past six months, I've tried to get dollars," said Emmanuel Mbonu, a Nigerian entrepreneur who imports auto parts and electrical fixtures from Asia and sells them to West African customers.

"But they keep saying, 'It's not available, it's not available,' and there's nothing you can do. They give it to their friends instead. So they basically force you to go to the black market, and then you have to jack up your prices."

In the past, he could get a supply of U.S. dollars within five working days, he said. Now, his only option is what he calls "back-door PR" (paying a bribe to a bank insider) or going to the black market, where the exchange rate is so volatile and expensive that he can't establish stable prices or get credit from suppliers. So he has shut down his business temporarily, leaving his part-time workers unemployed.

"You can't do any planning because you never know what the price will be tomorrow," Mr. Mbonu said. "It's a terrible situation."

Femi Jaiyeola, a businessman who imports fabrics from Europe, has stopped travelling to his suppliers for the past seven months because his customers won't accept the higher prices resulting from the black-market exchange rate. "There are no buyers," he said.

Instead of selling dollars to importers, it's more profitable for central bank officials to speculate on the black-market rate, he said. "There's no incentive to do business. The situation is terrible, and it affects everyone."

The shortages of dollars and imports are hurting most sectors of the economy. Imported food – including rice, a staple here – has leaped in price. Hotels and travel agents, unable to get permission to process international credit cards, ask their foreign clients to pay in huge bundles of cash.

One hotelier said he has delayed the opening of a new branch because of restrictions on importing construction materials. And his occupancy rate is way down. "Nobody is doing business in Nigeria now," he said.

At a huge new shopping mall in Abuja, most of the planned shops still haven't opened – five months after the mall itself opened – because the cost of doing business and obtaining imported goods is so daunting.

The President is vowing to crack down on corruption, but the problem has seemed intractable. His Vice-President, Yemi Osinbajo, recently alleged that about $15-billion (U.S.) had been stolen from public funds in fraudulent arms deals under the previous government.

The President also faces strong resistance from powerful politicians who temporarily blocked parliament's approval of Nigeria's new budget, creating a further shortage of funds for public investment. Two-thirds of the country's 36 states are having difficulty paying salaries to civil servants.

Nigeria traditionally used its oil revenue to pay for 70 per cent of government spending. But today it has "minimal fiscal buffers" to cope with the crash of oil prices, according to the IMF's latest Africa report.

Nigeria's attempt to limit access to foreign currency "has introduced significant distortions in the economy … and adversely affected economic activity," the fund said. "The adverse impact of lower oil prices is compounded by disruptions to private-sector activity through exchange-rate restrictions."

Back at the fuel queues, Nigerians are weary. Wisdom Egiliga, a 26-year-old recent university graduate, said he is working as a driver because he can't find any other job – and he is losing half of his income as he sits in gas-station queues for several hours a day.

"Nothing is moving in the economy," Mr. Egiliga says. "Everyone is complaining that there's no market."

To avoid the lineups, some motorists end up buying fuel from unofficial vendors at higher prices. But many are afraid of poor-quality fuel from the unregulated vendors, so they stay in the official queues.

"A huge amount of productivity is lost," said Edward, a 38-year-old doctor at a government hospital in Abuja, who didn't want to give his surname.

He spends two or three hours in fuel lineups every day. "Multiply that over the whole economy," he said. "Everything takes longer to do. Everyone is affected." 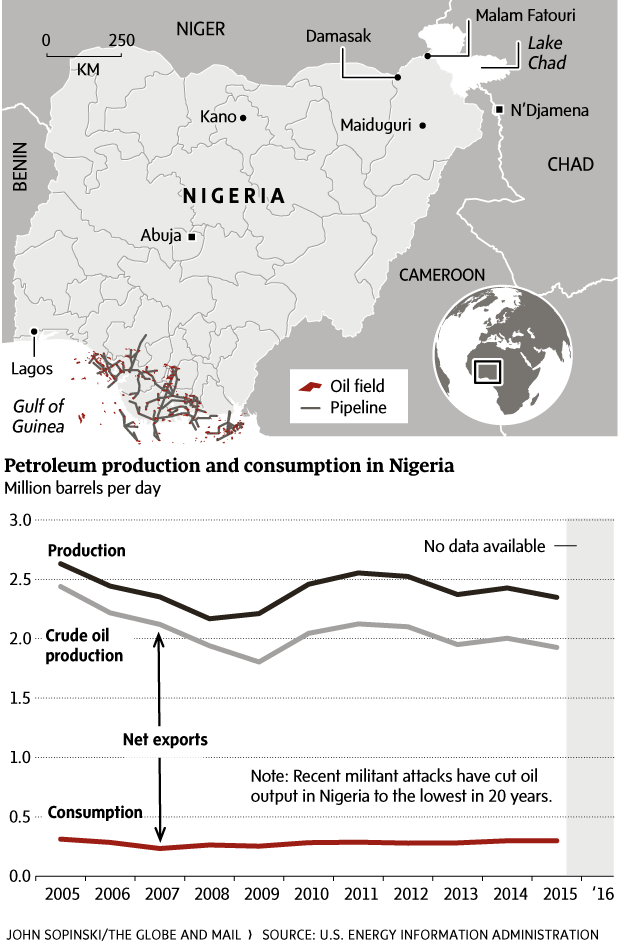 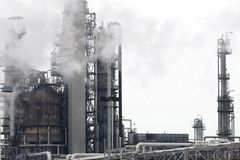