It kept its repo rate unchanged at 5 per cent as expected, however, after a "pre-emptive" cut in July to support growth.

The bank cut its 2012 growth forecast to 2.6 per cent from 2.7 per cent predicted in July, with Governor Gill Marcus saying growth in Africa's biggest economy was expected to remain weak because of poor global growth and disruptions to mining output.

Workers at Lonmin's Marikana platinum mine returned to work on Thursday after six weeks of strikes and protests that claimed 46 lives and halted production for more than a month.

"As expected, the mining woes have made the economic and political outlook more hazy," said Anisha Arora, emerging market analyst at 4Cast.

Mining rebounded to push growth to 3.2 per cent in the second quarter after strikes at the start of the year dragged it to 2.7 per cent in the first quarter. That second-quarter jump looks just as likely to be reversed in the subsequent three months.

"We expect that the recent escalation of strikes leaves the mining sector in serious danger of strong contraction in Q3, especially with the risk of prolonged wage demands at other companies," Ms. Arora added.

The bank also cut its 2013 growth projection to 3.4 per cent from the 3.8 per cent previously forecast.

"The domestic outlook is also likely to be constrained by local developments, particularly in the mining sector, which have the potential to undermine the already fragile private sector investment sentiment – despite the accommodative macroeconomic policy environment," Ms. Marcus said.

Twenty-five of 28 economists polled by Reuters had forecast that the Monetary Policy Committee (MPC) would keep the repo rate – at which it lends to commercial banks – unchanged after a surprise 50-basis-point cut in July.

The decision was unanimous although Ms. Marcus said there was some discussion about another rate cut.

"Although global and domestic growth conditions remain challenging, the MPC is of the view that a further reduction in the repurchase rate is not appropriate at this stage," she said.

The rand briefly weakened after Ms. Marcus said the inflation outlook had deteriorated slightly to 5.2 per cent in 2013 from an expectation of 5.1 per cent previously, mainly on risks from higher food and fuel prices.

However, it recovered most of those losses after rates were kept on hold.

South Africa targets a headline inflation rate of 3 to 6 per cent and food and petrol prices posed the main risk to its inflation forecast, Ms. Marcus said.

Inflation was at 5 per cent in August, ticking up slightly from a 14-month low of 4.9 per cent in July, with the bank saying this may have been the low point in inflation for the short term.

Ms. Marcus warned that a 22-per-cent wage-hike settlement for Lonmin miners may set a precedent for future wage demands, adding more inflation pressures to the economy.

A shocking current account deficit of 6.4 per cent in Q2 may also fan inflation as it weakens the rand exchange rate.

South Africa's current account gap has previously been comfortably funded by portfolio inflows, but such a wide gap, coupled with a lack of foreign direct investment, makes it a concern if it does not narrow in the next quarter.

The MPC next meets in November for its last policy-setting meeting of the year. Only eight out of the 28 surveyed economists expect another reduction this year.

Lonmin’s surprise pay deal carries its own risks
May 8, 2018 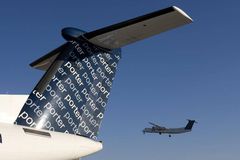 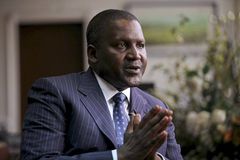