He also dismissed talk of a crisis in Africa's biggest economy, where 100,000 workers have downed tools in the last three months, saying the country was on a firmer financial footing than most developed countries.

South Africa's gold mines agreed to a wage deal with unions on Thursday as the bulk of the gold sector's striking miners returned to work under threat of dismissal.

The returns marked success of a sort for a new tough approach by mining firms, but at least 12,000 gold and 20,000 platinum miners were still pursuing a wave of illegal strikes that have cost Africa's largest economy over 10-billion rand ($1.14-billion U.S.) this year, according to the National Treasury.

The Treasury cut its 2012 growth forecast to 2.5 per cent from the 2.7 per cent of earlier in the year, reflecting infrastructure bottlenecks and the impact of nearly three months of strikes in the platinum and gold mines.

In its outline for the next three fiscal years, it also raised the projected 2012/13 budget deficit to 4.8 per cent of GDP, in line with a Reuters poll of economists. The Treasury had previously forecast a deficit of 4.6 per cent.

Mr. Gordhan stressed that the widening deficit – which follows a current account deficit that ballooned to a nearly four-year high in the second quarter – was a result of slower economic growth and not government profligacy.

Offshore investors have been worried that the mining unrest would put pressure on Mr. Gordhan to increase spending to ease the social tensions that led The Economist magazine to run a cover story last week entitled "Cry the Beloved Country – South Africa's sad decline."

But a combative Mr. Gordhan stressed Pretoria would not deviate from its spending plans – even after the national trauma of police killing of 34 strikers at Lonmin PLC's Marikana platinum mine – and vowed to keep total debt at a peak of 39 per cent of GDP.

Recent downgrades by Moody's and S&P were "inappropriate," he added.

The rand rand initially firmed slightly against the dollar after Mr. Gordhan's comments, before relinquishing some of the gains in line with a weaker euro.

"There was a bit of concern that the minister might have to increase expenditure given the weaker economic growth and more political pressure, but he has stood his ground," said Christie Viljoen of NKC Independent Economists.

The Treasury scaled back its growth forecast for 2013 as well, to 3 per cent from the 3.6 per cent seen in February. It expects growth to rise to 4.1 per cent by 2015. Inflation, it said, would stay within the Reserve Bank's 3-6 per cent target band.

Also on Thursday, the National Union of Mineworkers and the gold industry, which employs around 157,000, announced agreement on wage increases of between 1.5 and 10.8 per cent for different categories of mine workers. The pact follows three weeks of negotiations.

Harmony Gold Mining Co. Ltd., South Africa's third-largest producer, said most of its 5,400 employees who were threatened with dismissal at its Kusasalethu mine were now back at work.

Strikes were also now over at two of Gold Fields Ltd.' three mines, where workers faced threats of being sacked.

But AngloGold Ashanti Ltd., South Africa's biggest producer, said on Wednesday it had sacked around half of its 24,000-strong local work force who had ignored an ultimatum to return to work or be fired.

AngloGold spokesman Alan Fine said the company was optimistic the dismissed workers would return to work after they appealed their dismissals.

Mining firms have usually taken back most fired workers because it is more costly to train a new work force. Analysts say this round of strikes will lead to some permanent job losses with firms shutting down marginal shafts.

With files from Sherilee Lakmidas and Olivia Kumwenda. 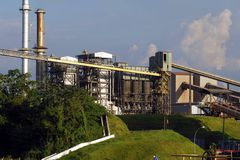 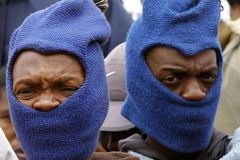 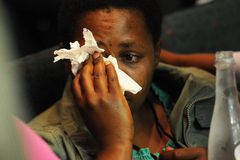 Africa studies ‘made in Korea’ model to push growth
October 19, 2012 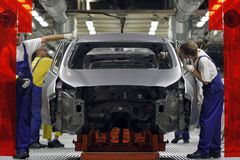 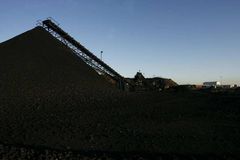 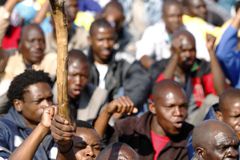