Less than three days after being sworn in as South Africa's new President this month, Cyril Ramaphosa was already in urgent discussions with the mining industry, trying to resolve the bitter conflicts that had erupted under the previous government.

It was the latest sign of the reforms under way in South Africa and Zimbabwe, two of the most mineral-rich economies in southern Africa. Both have ranked poorly as mining investment destinations in recent years, hobbled by rampant corruption and strict ownership rules. But the sweeping leadership changes of recent months are opening the eyes of foreign investors.

The downfalls of former presidents Jacob Zuma and Robert Mugabe are seen as the best opportunity in many years to open up their mining sectors and remove the steep barriers to investment in both countries.

One of the biggest barriers was South Africa's revised Mining Charter, announced by Mr. Zuma's mining minister last year, which would impose new levies on mining companies and require mines to be at least 30-per-cent black-owned in perpetuity. The announcement swiftly inflicted US$3.8-billion in market-value losses for South African mining companies. The industry went to court to block the new charter, and the two sides have not talked for months.

But within days of taking office, Mr. Ramaphosa persuaded the industry to postpone the court challenge to allow time for negotiations. He said there is a chance for "an amicable solution."

South Africa and Zimbabwe both have vast resources of gold, platinum, diamonds and other minerals. The biggest obstacles to investment were their unfriendly policies.

The Fraser Institute, in its annual survey of the attractiveness of mining policies around the world, ranked both countries among the worst last year. South Africa was ranked 81st of the 91 jurisdictions in the survey, while Zimbabwe was seen as even more hostile, ranking 89th in the survey, based on the views of mining executives.

But the mood is changing. At this month's Mining Indaba conference in Cape Town, the biggest annual gathering of the Africa-focused mining sector, many investors, including Canadians, showed renewed interest in South Africa and Zimbabwe.

They are optimistic that Mr. Ramaphosa will resolve the dispute over the Mining Charter, and encouraged by signs that Zimbabwe's new President, Emmerson Mnangagwa, will get rid of "indigenization" policies that required all foreign-owned companies to sell at least 51 per cent of their shares to Zimbabweans. The Mnangagwa government has already decided to scrap this rule for all sectors except platinum and diamonds – and it says even those two might eventually lose the requirement.

Clive Johnson, CEO of Vancouver-based B2Gold Corp., said the two countries are "on our radar now" as a result of their political changes.

His company, which is projecting revenue of US$1.2-billion this year, has been focused largely on its mines in West Africa, Latin America and the Philippines in recent years, but southern Africa is now among the regions that are "getting our attention," Mr. Johnson told The Globe and Mail.

Another Vancouver-based company, Platinum Group Metals Ltd., has been active in South Africa for years, but its CEO, Michael Jones, says it is now looking at Zimbabwe as well. South Africa has become a "very challenging environment," he said, but an improvement in the Mining Charter under Mr. Ramaphosa will help. "We're optimistic that there will be a more positive framework," Mr. Jones told The Globe.

The controversial revision of the charter was promoted last year by Mosebenzi Zwane, the Mining Minister. Mr. Zwane has been surrounded by corruption allegations for years, and is expected to be shuffled out when Mr. Ramaphosa announces his new cabinet within the next few days.

In his first major speech as president, Mr. Ramaphosa said he is determined to attract new investment in the mining sector. The industry has "massive unrealized potential for growth and job creation," he said.

It's clear that the frosty relationship between the government and industry is thawing. "For the first time, it's possible to look forward with reasonable hope, rather than a sense of foreboding," said Roger Baxter, CEO of South Africa's Chamber of Mines.

Based on a survey of its members, the chamber estimates that South African mining investment could increase by 84 per cent – about US$10-billion – if South Africa returns to its former ranking within the top one-quarter of jurisdictions in the Fraser Institute investment-attractiveness survey.

There is similar optimism about Zimbabwe's prospects. "I think Zimbabwe will improve greatly as a place to do business," said Benoit La Salle, chairman of the Canadian Council on Africa, who has mining investments in West Africa.

"Investors will move into Zimbabwe within the next 12 months," he told The Globe. "It's at the bottom now, but the change in leadership will allow it to come back to the middle of the pack as a place to do business." 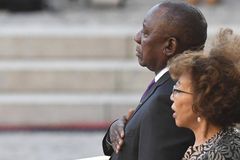 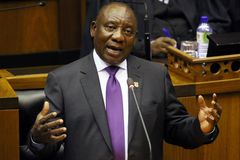 Parallels abound between the political crises of South Africa and Zimbabwe
February 11, 2018 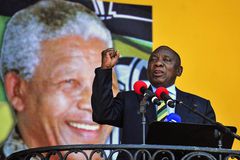