The four-story mall on Ngong Road was once crammed with exclusive shops for Nairobi's wealthy elite, selling imported furniture, golf clubs, designer clothes, Range Rover parts and $600 saucepans for the nouveaux riches of an unequal society.

But over the past three years, the building has been transformed into a symbol of a new and stronger African economy. The luxury boutiques have quietly shut down and moved out, replaced by tenants with much less glitz but a lot more creativity: young Kenyan software designers and IT specialists with a mission to innovate.

In a warren of backroom labs in the former mall, now rebranded as the iHub, you can find one of their most ambitious creations: a world-class supercomputer, just the second to be built in Africa. And in the same room, designers have been tinkering with a super-tough Internet modem that could become Africa's contribution to keeping Internet access alive in the most arduous conditions.

Kenya's fast-growing IT sector, dubbed the Silicon Savannah, already accounts for 5 per cent of the country's GDP. The Kenyan government is aiming to boost that share to 35 per cent. Its technology exports have soared from $16-million to $360-million in the past decade. Much of these exports are born in tech hubs and incubators such as the iHub – one of six such hubs in Kenya and more than 50 that now exist in at least 20 countries across Africa.

As the tech boom gains strength, multinational companies like Google, Intel, Microsoft, Nokia and IBM have flocked to Kenya to set up research labs or to support incubators such as iHub, where more than 50 startup companies have emerged since the hub's launch in 2010. The iHub has become an icon of African geekdom, attracting more than 11,000 techie members to work and brainstorm ideas over endless cups of what its website boasts is "the best coffee in Nairobi."

The boom was originally fuelled by cellphones. Africa's mobile connection rates, among the cheapest in the world, have attracted more than 650-million cellphone subscriptions, with the total projected to reach a billion by 2015. In a continent where smartphones are outselling computers by four to one, the young programmers at the iHub and similar labs have created thousands of mobile apps, including innovative mobile-money services that have become so successful that 17-million Kenyans today use them.

But now, significantly, Kenya's tech sector is shifting to a new level, venturing for the first time into hardware such as the supercomputer and the modem. It's challenging the stereotypes about Africa, showcasing the smarts of the iHub's tech entrepreneurs and potentially generating new revenue sources.

"In Africa and the Middle East, there was no supercomputer within the world's top 500 machines," said Jimmy Gitonga, one of the iHub managers who led the supercomputer project with help from Google and Intel. "Our achievement was that we debunked the myth and showed that we can do it."

Since the supercomputer's completion in January this year, the iHub entrepreneurs have worked on ways to gain commercial revenue from its data and research capacity. "Ultimately all of this information can be sold to the private sector," said Phares Kariuki, another co-creator of the supercomputer.

"If you can give them more accurate and timely information than the government can provide, you can sell the economic data to banks or investors."

After years of focusing on mobile apps in the early stages of the IT boom, it seemed natural for Kenya's tech entrepreneurs to switch into manufacturing. "Increasingly you need a hardware component to make sure that your software solutions are complete," Mr. Gitonga said.

The latest example is BRCK, a Kenyan-invented modem, billed as the "backup generator for the Internet." Shaped like a brick but smaller and lighter, the $200 device provides a steady supply of power and connectivity to keep you linked to the Internet for hours at a time, regardless of electricity or network disruptions.

Its exterior shell is tough enough to withstand African dust and humidity, it can switch seamlessly among different Wi-Fi and cellphone networks, it can serve as a hotspot for up to 20 computers, and it can operate on battery power for up to eight hours after a power failure.

The device was launched with a Kickstarter campaign in May, quickly raising $172,000 (U.S.) to finance its production, surpassing its $125,000 target. The first versions of BRCK are expected to be shipped to buyers in November.

"This was built by us, for us, because we already know the pain of what happens when the Net connection goes out," said Erik Hersman, founder of the iHub and a leader of the BRCK project.

Its main advantage is to allow African coders to continue their sessions for hours at a time, even if their power or Internet connection is interrupted. But it could also be popular among backpackers and world travellers from North America to Asia. Its slogan: "If it works in Africa, it will work anywhere."

The device was created by Ushahidi, a Nairobi-based tech company that gained fame for its crowd-sourced disaster-mapping software, pioneered in 2008 during Kenya's post-election violence and later used in thousands of other crisis situations around the world.

In its next move, the iHub plans to create a permanent space for Kenyan hardware designers. "We've never lost this maker mentality in Africa – this community of roadside manufacturers with roadside ingenuity," said Mr. Hersman, a Kenyan-raised American who is also a co-founder of Ushahidi.

"Since we already have a hyperactive software side – the guys who can do the coding – what will happen if we can merge these two together, if we mix the blood between these two groups and begin making things?"

Not everything has gone smoothly. Importing components for the BRCK and the supercomputer is often a tortuous ordeal, with Kenyan customs officials demanding outrageous duty payments, and with engineers sometimes forced to check the components onto their Nairobi-bound flights in plastic bins. Early attempts at building a BRCK prototype often resulted in melted plastic and warped exteriors. But the success of the Kickstarter campaign is a sign that the Kenyans will overcome those challenges.

Just three years after its launch, the iHub is running out of room for further expansion at the former shopping mall on Ngong Road. "At the beginning we thought the space was too big, but then we realized it was too small," Mr. Gitonga said.

"We're expanding every six months. We try to snap up every available space as much as we can."

Canadian companies need to look past their borders
August 6, 2013 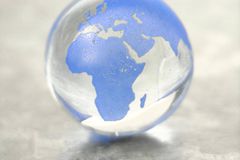 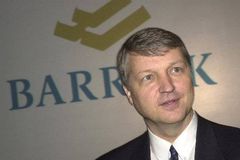