Zambia is about to become an African economic trendsetter.

Its debut $750-million (U.S.) euro bond, launched last month, was oversubscribed a spectacular 15 times and analysts say it could prove a catalyst for a wave of debt issuance from some of the fastest growing economies in the world.

After a trickle of African euro bonds over the past few years and a backdrop of excess global liquidity when Zambia came to the market, demand for the bond was expected to be feverish.

But even seasoned emerging market watchers were stunned by the $11.9-billion (U.S.) order book for the 10-year bond, issued with a 5.625-per-cent yield that is now trading around 5.3 per cent.

"What?" exclaimed one analyst on hearing the news. "Excuse me while I get myself off the floor."

While many emerging market deals this year have had high subscription rates, it was a rare feat for a first-time African issuer with a B+ rating.

A debut $500-million bond from higher-rated Namibia last October was oversubscribed five and a half times, while a long-awaited issue of the same size from Nigeria, Africa's second biggest economy, generated around $1.5-billion worth of orders.

Put into context, the size of the Zambia order book is nearly double the gross domestic product of Rwanda.

If you add up the total amount outstanding for all the euro bonds issued by sub-Saharan African countries besides South Africa, the figure would be dwarfed by the demand for Zambia's bond, as Jan Dehn, portfolio manager at Ashmore Investment Management, points out.

A closer look at Zambia's borrowing costs also highlights the unique situation the southern African country, and potentially the continent, is in.

"The interest rate Zambia has to pay for 10-year money is lower than the average interest rate the U.S. has had to borrow at for the last 60 years," said Mr. Dehn.

"The main message that the Zambian bond issue sends out is that African countries can access the global capital markets ... This is an opportunity that they should definitely not be blind to because the prospect many of them are facing over the next five to ten years is that donor flows are going to be curtailed significantly," he said.

There are other reasons why more African sovereigns are likely to enter the global debt market in the next few years. For one, the continent lags behind other regions.

Over the last six years, there has been just under $560-billion of issuance from central and eastern Europe, the Middle East and Africa, but less than $10-billion of that has come from African sovereign issuers, said Peter Sullivan, head of Citibank's Africa public sector group.

In sub-Saharan Africa – excluding South Africa, its biggest economy – only nine countries have issued euro bonds, with Ghana leading the way in 2007.

Many potential issuers share the qualities that made Zambia so appealing to investors – natural resource wealth, economic growth above 5 per cent, a low debt-to-GDP ratio, prudent macroeconomic management and a young, growing population.

This, combined with investors' hunger for diversification and high-yielding assets, could compel a number of countries to follow Zambia's example soon, said Mr. Sullivan.

"We expect that 2013 should see a bumper crop of African sovereigns coming to market subject to continued benign market conditions," he said, citing east African countries such as Kenya, Uganda and Tanzania as potential candidates.

Euro bonds from Mozambique, home to huge coal reserves, and oil-rich Angola may not be far off either, analysts said.

Africa's huge infrastructure funding needs, estimated to be around $90-billion annually, will be another key driver of debt issuance, according to a report by the credit rating agency Moody's published this week.

Zambia plans to use the proceeds from its bond to upgrade its energy and transport infrastructure.

Immature domestic capital markets and the absence of long yield curves in most countries also means raising long-term finance in foreign currency will be an attractive option for governments, Moody's added.

Ghana's 10-year euro bond is currently yielding around 4.6 per cent, while a five-year domestic bond (the longest tenor available) yielded 23 per cent when it was sold in August.

However, after securing debt relief in the past decade most African governments will be cautious about foreign borrowing and are unlikely to issue unless they have identified specific projects for which they need financing, said Maryam Khosrowshahi, head of CEEMEA public sector bond origination at Deutsche Bank, joint bookrunner on the Zambia deal with Barclays.

As Ms. Khosrowshahi said: "It seemed as if the stars, the moon and the sun were all aligned for this transaction. The timing was really perfect for Zambia." 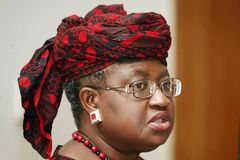 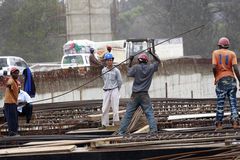 Africa next: An enterprising hand up, not a handout

The backbone of Africa: Entrepreneurs who refuse to quit 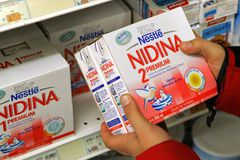