After furiously spitting fire at the West for decades, Robert Mugabe abruptly changed his tone this week. With his economy in tatters and unemployment soaring, the Zimbabwean autocrat now wants help from Western creditors and investors.

"My government values re-engagement of the Western world in the Zimbabwe economy," Mr. Mugabe told the Zimbabwean Parliament on Tuesday in an unusually conciliatory speech. He pledged to "repeal all laws that hamper business," and he called for stronger relations with the World Bank and the International Monetary Fund.

The 91-year-old President can't afford his traditional disdain for the West any more. In recent weeks, more than 20,000 workers have lost their jobs in Zimbabwe and its earlier 3.2-per-cent economic growth forecast for 2015 has been cut to just 1.5 per cent.

Zimbabwe is just one of many African economies suffering from bleak economic news this month. Faced with weakening prices for oil and other commodities, along with a slowdown in Chinese demand for their resources, African states are slashing their growth projections and trying to stem the erosion of their currencies. Chinese imports of African commodities have dropped steadily since late last year, oil prices have collapsed and mining is in trouble.

The two biggest African economies, Nigeria and South Africa, both released dramatic new data this week. Nigeria, heavily dependent on oil revenue, said its economic growth has fallen to 2.35 per cent in the second quarter of this year – the slowest rate in a decade – as its oil sector shrinks. This means that Nigeria's growth is less than half of its average 6-per-cent annual rate over the past decade.

South Africa, meanwhile, suffered a 1.3-per-cent decline in its economy in the second quarter, far worse than analysts had forecast. The drop was due to a broad slump in several major sectors, including manufacturing and mining.

Chronic electricity shortages, poor labour relations and high operating costs are continuing to plague the South African economy, and the Chinese slowdown has aggravated the crisis. More than half of South Africa's mines are losing money, the industry says.

South Africa's currency, the rand, briefly fell to an all-time low of 14 to the U.S. dollar this week. It recovered to 13.1 to the dollar on Wednesday, but it has lost 12 per cent of its value against the dollar this year. Yet, the weakening rand has failed to boost the manufacturing sector, which remains in a slump.

"The Chinese economic slowdown is a concern for all economies in the world, and no doubt it has an impact and will have an impact on the South African economy," South Africa's Deputy President Cyril Ramaphosa told a press conference in Tokyo this week during a trade mission to Japan.

"China has emerged as our largest trading partner," he said. "We sell lots of commodities to China, and as they slow down, their demand for commodities also became less and less, so it does have an impact on us."

Analysts warn that South Africa's contraction is more than simply a result of the China factor. The second-quarter drop was a broad-based decline, reflecting deeper problems. Rotating power blackouts have been imposed on industries and residents for nearly 100 days this year. Economic growth slowed to just 1.4 per cent last year and isn't expected to improve much this year or next year.

The African slowdown is reaching far beyond the biggest economies. Smaller countries such as Zambia, Botswana, Sierra Leone, Tanzania and the Democratic Republic of the Congo have all revised their forecasts downward. Botswana, heavily dependent on diamond exports, has slashed its growth forecast from 4.9 per cent to just 2.6 per cent. Zambia, with its huge copper industry, has cut its growth projection from 7 per cent to 5 per cent, and its currency has lost about a quarter of its value this year.

Even the most successful African companies have been caught up in the economic turmoil. The biggest African mobile-phone company, Johannesburg-based MTN Group, tried to repay about $500-million (U.S.) of its debt in Nigeria this month to reduce its exposure to the slumping Nigerian currency, the naira. But it had to cancel the plan because of a grim reality: There wasn't enough hard currency in Nigeria to allow it to make the deal. 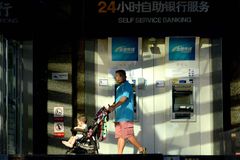 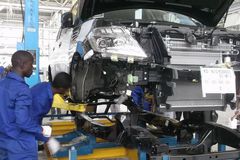