BHP Billiton Ltd. and Rio Tinto PLC have both said in the past that they are committed to the payouts, but most observers doubt that sticking to the dividends is practical in today's bleak environment for commodity producers.

At their current share prices in London, BHP's dividend works out to a yield of more than 14 per cent, while Rio's is equivalent to a payout of nearly 10 per cent.

Those are remarkably high yields for companies with investment-grade credit ratings and reflect the degree to which the share prices of the two miners have faded since the height of the commodity boom. The losses show no signs of letting up: BHP's stock declined 19 per cent in the first two weeks of this year, while Rio's is off 17 per cent.

In theory, slashing dividends should have no further effect on the miners' share prices. Financial logic says a company can't increase its economic value by paying out more of its cash.

However, cutting the payouts would qualify as a deeply symbolic retreat and may put off yield-hungry investors. Both companies have prided themselves in the past on "progressive" dividend policies in which they vowed to maintain or increase payouts to shareholders. To slash the cash transfers now would be to admit that there is no sign of any imminent improvement.

Despite the implications, BHP, the most valuable miner in the world in terms of market capitalization, may have little choice but to cut its dividend if it wants to maintain its credit rating.

Plunging prices for iron ore and copper have already smacked the company's bottom line. Then, last week, it announced it was taking a $7.2-billion (U.S.) writedown on the value of its U.S. oil and gas assets, which it acquired in 2012 for more than $20-billion.

That writedown is BHP's largest yet in the commodity downturn and prompted speculation that the company will trim its dividend, perhaps as early as next month, when it announces half-year results. "We believe they are very likely to cut their dividend in half," Barclays analysts wrote.

Rio's outlook is also challenging. Last week, it froze all non-union salaries around the world to help cope with falling metal prices.

"Late last year, we saw market prices continue to rapidly fall," chief executive officer Sam Walsh wrote in an e-mail to employees that was obtained by the Australian Mining magazine. "What we see ahead is very sobering."

Rio depends heavily on sales of iron ore, and prices for that commodity continue to slide. Sticking to its current capital expenditure plans, while maintaining the dividend, would mean increasing debt at a rapid clip over the next two years.

"The market is quite rightly questioning whether Rio's dividend is sustainable," Heath Jansen of Citigroup wrote in a report last week. However, he believes that the miner will pull back on capital expenditures as a first step to economizing on cash and will maintain its progressive dividend policy for now.

Dividend cuts at either miner may at long last prompt a wave of downgrades by analysts, who have been remarkably slow to warn of the deterioration in the mining sector over the past two years.

Mr. Jansen noted in a report that "buy" ratings remain far more common than "sell" ratings for most of the major diversified miners. Consensus target prices are far ahead of current stock prices.

In one striking deviation from common sense, there are no "sell" ratings for Freeport-McMoRan Inc., the giant U.S. miner that has lost 90 per cent of its value since January, 2014.

"It would appear as though the downwards move in equity prices are already a few steps ahead of consensus ratings and target price downgrades," Mr. Jansen wrote. 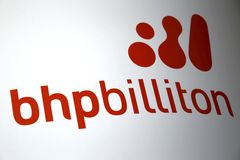 Be wary of rich payouts from these two mining giants
Subscriber content
December 15, 2015 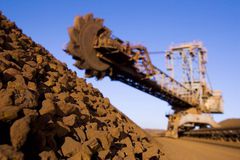 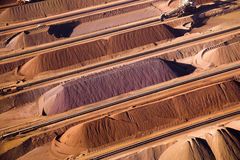