China National Chemical Corp.'s $43-billion (U.S.) bid for Switerzland's Syngenta AG makes a towering statement about China's ambitions as a global acquirer, a country that has abandoned its traditional mergers and acquisitions reticence as it pursues strategic assets anywhere they can be found.

Flush with cash from nearly four decades of rapid growth, and eager to find tech-laden growth opportunities abroad as the economy slows at home, Chinese companies are gearing up for a buying spree that will almost certainly see more big-ticket offers for foreign firms once considered off limits.

ChemChina's offer for Syngenta, the agribusiness, seeds and pesticides giant that has been called Europe's version of Monsanto, is China's biggest foreign investment (Monsanto tried to buy Syngenta last year).

The bid is bold because Syngenta, brimming with agriculture technology patents, is involved in food security and could be considered a strategic European company. Another target may be Bombardier Transportation, the Berlin-based train division of Montreal's Bombardier Inc.

Last year, a Chinese infrastructure company offered to buy BT for several billion dollars but was turned down. Knowing that Bombardier is desperate for cash to develop and market its ailing C Series passenger jet, the Chinese may return with a new offer.

"We are entering a new era of Chinese capital," wrote Thilo Hanemann and Mikko Huotari, the authors of a report released last summer that examined the scale of change ahead as Chinese companies follow a government directive to go outside their borders and build a much broader footprint.

The value of China's international investments will rise to nearly $20-trillion in 2020 from $6.4-trillion in 2015, forecast the authors, who work for international economic research firm Rhodium Group and the Berlin-based Mercator Institute for China Studies.

"We are on the verge of a massive growth in China's cross-border capital flows, which will result in major shifts in the global financial landscape," the authors said.

China has not been shy about its ambitions: The country's leadership has made "going-out" one of its central strategies, and offered a host of preferential tax rates, financing and government services to encourage its companies to invest abroad.

Other deals have included the $5.4-billion Qingdao Haier Co. acquisition of the appliance division of General Electric Co. and the $3.5-billion cash purchase of Legendary Entertainment by Dalian Wanda Group Co., the biggest Chinese foray into Hollywood.

"China's outward direct investment has already entered into a new normal, which means we are seeing more companies, including more private companies in particular, investing in more sectors across more countries," said Vaughn Barber, who oversees the outbound investment practice at KPMG in China. Those investments are being used to "support the country's transition to an advanced economy and to meet the evolving consumption needs."

Agribusiness in particular, he said, is likely to become a key element of Chinese overseas buying as the country seeks to modernize an agricultural sector that suffers from comparatively low yields and still relies in part on cultivation by hand.

As the recent flurry of bids has shown, the hunger for deals is intense – even if they are not always successful. In the past six months, Chinese companies have bid for, or bought, makers of car tires, microchips and construction cranes.

"The fire hose is now open – the fire hose of Chinese investment," said Ken Courtis, chairman of Starfort Holdings and the former managing director of Goldman Sachs Asia. "Is Canada ready for that?"

It was Canada, after all, that struggled mightily when it became the previous titleholder as recipient of the largest Chinese foreign investment. The $15-billion (Canadian) CNOOC Ltd. takeover of Nexen Inc. in 2012 provoked huge debate in Ottawa, and prompted new restrictions on takeovers by state-owned entities in sensitive areas, such as the oil sands.

For now, Chinese money is unlikely to flood back into Fort McMurray, where costs are high and so are the obstacles to finding new buyers.

In 2010, state-owned Sinochem tried to assemble a bid for Potash Corp. of Saskatchewan Inc., in the midst of the failed $39-billion hostile takeover by BHP. Sinochem's bid never materialized, in part because it struggled to amass the non-Chinese partners bankers said it would need to win Canadian approval.

It's an open secret that the Chinese still covet Bombardier Transportation, not just for its train technology, but for its European and North American market presence, lobbying power and close relationship with governments, who typically demand local manufacturing jobs in exchange for contracts. The Chinese have none of these assets in Europe or North America; BT would be a turnkey acquisition, giving it access that would otherwise take decades to build.

According to Reuters, Beijing Infrastructure Investment Co. offered to buy 60 to 100 per cent of BT last August. The Chinese company calculated BT's enterprise value – debt plus equity – at $7-billion (U.S) to $8-billion. After the offer was rejected, Bombardier sold a 30-per-cent stake in BT to the Caisse de dépôt et placement du Québec's for $1.5-billion. The investment, however, does not necessarily mean that BT is takeover proof.

Rising Chinese overseas investments should prompt foreign governments to renew their calls for Beijing to lower its own obstacles to outside investors, said James McGregor, the greater China chairman for strategic communications firm APCO Worldwide and author of No Ancient Wisdom, No Followers: The Challenges of Chinese Authoritarian Capitalism.

Great parts of the Chinese corporate sector remain protected from foreign buyers, either on security grounds or because China wants to build domestic giants.

"Some of these governments have to start looking at reciprocity," Mr. McGregor said.

"If you look 10 years down the road and China has been able to acquire any companies it wants, while blocking the China market to competitors for those companies, we'll wake up and have given away a lot of industries."

HSBC’s bet pays off in fee windfall from ChemChina-Syngenta deal
May 16, 2018 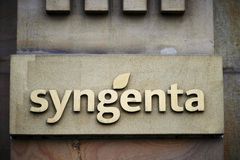 Fear and unrest as jobs disappear in China’s industrial heartland
May 16, 2018