The Anton strainer bowl is "an amazing kitchen tool from Italy," boasts the post on Hi.Taobao, the Chinese crowdfunding site run by online giant Alibaba. The asymmetrical brainchild of "Italian designer Ryann," it will "completely change the concept of cleaning vegetables and cooking."

The bowl's design is undeniably a striking one, a credit to its inventor, Ryann Aoukar. But Mr. Aoukar is not Italian. He is a Lebanese-born Canadian. And he never posted his bowl to Hi.Taobao. He is instead, he said, a victim of a blatant and wholesale rip-off – a problem that has long dogged Alibaba, thrust back into the spotlight Wednesday by a blistering Chinese government report that accuses the company of being a haven for knockoffs, charlatans and illegal goods.

On the road to its historic IPO last year, Alibaba sought to remake itself into a company dedicated to weeding out copycatters and counterfeiters.

But even as Alibaba was preparing to go public, Chinese officials were raising concerns, which the government now says it kept private to avoid interfering with the record-breaking $25-billion (U.S.) stock listing. On Wednesday, however, the State Administration for Industry & Commerce made public accusations that Alibaba has major problems with lax supervision, false advertising and fakes.

The company's employees have accepted bribes to skew the marketplace, and vendors have deleted negative comments, the government report said, creating a "credibility crisis" for Alibaba.

"Alibaba Group has long paid insufficient attention to the illegal business activities on Alibaba platforms, and hasn't effectively addressed the issues," the report said. The open government criticism is a signal that Alibaba could face pressure at home if it does not make greater strides in fighting fakes, at a time when Beijing is increasingly asserting its power over Internet companies – and newly eager to support its own growing population of innovative entrepreneurs.

Alibaba, in an unusually sharp response, said its work in battling fakes "is far from complete," but attacked the government inspection as being biased and irrational. Alibaba has said it spends heavily to rid itself of fake products – nearly $200-million (Canadian) in 2013 and 2014. In the first 10 months of 2013 alone, it deleted 114-million knockoff listings, up 31 per cent over the year before, it said.

As recently as November, its chief executive, the telegenic Jack Ma offered an optimistic take: knockoff factories in southern China, he said "are now afraid to sell their products on Taobao, as we can track them down easily and report to the police."

But Mr. Aoukar's bowl offers a particularly eye-opening example of how Alibaba's network of interconnected shopping continues to be used to steal other people's work.

The bowl was the product of research into dying objects like the strainer or the juicer, which has waned in popularity with ready-made juice filling supermarket shelves. "I said, I want to give them another life, update them, make them live in 2015," said Mr. Aoukar, who teaches at University of Tennessee College of Architecture and Design. Part of that involved ditching symmetry to make old designs more functional, which is how he came upon the new bowl.

The Anton places the strainer at the head of a spigot off to the side of a large asymmetrical bowl, allowing food to be soaked and then drained in the same vessel – which can then be used to eat the food.

He introduced his idea twice on Kickstarter, the American crowdfunding site, where the second attempt raised $83,053 (U.S.) – or 1,661 per cent of what he was looking for. Buyers sent in money from 33 countries. The Museum of Modern Art asked him to send one over, and he is now in talks with Target about putting it on shelves across the United States.

Success, however, brought an unexpected problem: Mr. Aoukar found his product, his marketing materials, his funding campaign and even his own picture pilfered on Alibaba sites, both on the Hi.Taobao crowdfunding campaign, and on Taobao, the sprawling Internet market. Whoever it is "used all my videos, all my everything – ridiculous," Mr. Aoukar said. The Hi.Taobao campaign is a third of the way to reaching its $30,000 target.

But he has no idea who that money might go to – or even if it might be the Chinese factory he uses, though the factory denies involvement and says it has called police. The experience has shaken his faith in others: "now, I don't trust my mom," he says. (Reached for comment, the knockoff Taobao vendor said he is "in talks with the foreign designer," and not responsible for the Hi.Taobao campaign, before abruptly cutting off the conversation.)

Alibaba has a page to report problems, but the company wants Mr. Aoukar to "prove that I own all those photos, then they said I have to prove it is me, Ryann," he said. He, his lawyer and his factory have all pushed Alibaba to remove the copycat sites. They have failed. It's a "big mess," Mr. Aoukar said. And it hasn't helped that Alibaba, through a spokesperson, says it has no record at all of Mr. Aoukar or his representatives contacting it. (A Kickstarter spokesman said Mr. Aoukar's is the first instance it has seen of a project copied onto an Alibaba site.)

But the discovery of a knockoff in the new crowdfunding space – Hi.Taobao launched less than a year ago – underscores the pervasiveness of China's copycat culture, and the difficulty Alibaba faces in deleting it.

"I guess Kickstarter is a great little spot for people to go and find new ideas they can imitate," said Mark Tanner, founder of Shanghai-based marketing and research agency China Skinny. And, he said, despite its public comments, Alibaba has incentives to keep some of its knockoff trade alive and well.

"They know it's not really in their interest to take all the fakes off their site because they'll lose a lot of customers," he said. 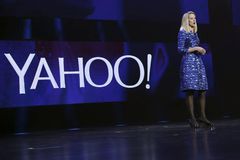 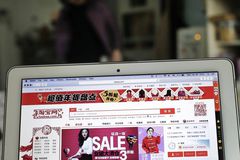 China seeks to export its vision of the Internet
January 1, 2015 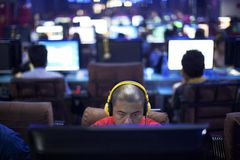