China's economy resumed momentum in November, but there are still signs of over-reliance on growth from the inefficient state sector, a series of purchasing managers' surveys shows.

The official manufacturing purchasing managers' index (PMI) rose to a 7-month high of 50.6 in November from 50.2 in October, the National Bureau of Statistics (NBS) said on Saturday, following on a preliminary private sector survey that showed factory activity reviving to a 13-month high.

The weekend results came ahead of the release on Monday of the statistics bureau's survey of the non-manufacturing sector, and by HSBC's final PMI reading for last month.

While growth accelerated for large firms for a third straight month, medium and smaller companies saw a retrenchment, with the decline more pronounced for smaller firms, the NBS said.

"Much activity is emanating from the state sector, with infrastructure projects driving growth. In China's relatively closed economic system, this means that activity levels can be sustained," wrote Xianfang Ren and Alistair Thornton of IHS Global Insight.

"Whilst we feel that the economy has been stabilized through the short-term, we feel that the manner in which activity has been revived will retard China's economic reform agenda and make the transition onto a sustainable footing all the more tricky."

The headline PMI figure is in line with a poll of economists by Reuters, and confirms a trend toward recovering growth in the world's second-largest economy.

The HSBC China flash PMI, which gathers more data from smaller, privately-held firms with a strong export focus, signalled that November growth in the manufacturing sector quickened for the first time in 13 months, with a reading of 50.4 when it was published last week, reflecting a steady uptick in the economy. A PMI reading below 50 suggests growth slowed, while a number above 50 indicates an acceleration.

But analysts caution that growth has been revived through top-down easy credit to state-owned firms and infrastructure projects that lack the dynamism of China's private economy, which is struggling with credit curbs and a policy-induced slowdown in the speculative real estate sector.

"The improving numbers are mostly because of government investment," said Dong Xian'an, an economist with Peking First Advisory. "From the second quarter, the government has unleashed a lot of projects, and that has started to be felt in the economy, but it's not a very healthy recovery yet."

Smaller and private firms are still pleading for greater access to credit and investment incentives, which have gone disproportionately to the state sector, particularly since the financial crisis of 2008-09.

Government intervention to paper over debt problems where they do appear runs the risk of a socialization of losses, the IHS Global Insight analysts warned.

"Production can continue (hence contributing to GDP), and employment can remain tight. Our fear, therefore, is that whilst activity is resuming, economic efficiency is declining. This has negative longer-term consequences."

Overall, China's economy has improved since September, with an array of indicators from factory output to retail sales and investment showing Beijing's pro-growth policies are starting to gain traction.

China's annual economic growth dipped to 7.4 per cent in the third quarter, slowing for a seventh straight quarter and leaving the economy on course for its weakest showing since 1999. Given the recent signs of recovery, many analysts expect the economy to snap out of its longest downward cycle since the global crisis, and start to trend upwards in the fourth quarter.

The end of a destocking cycle and a greater pace of investment are expected to keep driving up domestic demand.

It cut interest rates twice in June and July and lowered banks' reserve requirement ratio by 150 basis points in three stages since last November, but has refrained from further cuts since July. The authorities have opted to inject liquidity via open market operations to pump short-term cash into money markets.

The official PMI generally paints a rosier picture of the factory sector than the HSBC PMI because the official survey focuses on big, state-owned firms, while the HSBC PMI targets smaller, private companies. There are also differing approaches to seasonal adjustment between the two surveys.

This year's final HSBC PMI reading is due to be published Monday. 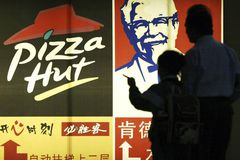 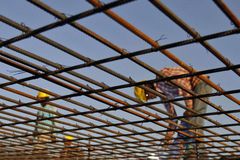 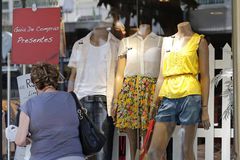 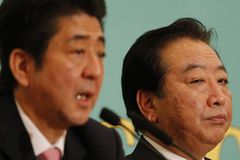