After a week of market turmoil and economic indecision, China has left the world wondering if the country's communist leaders are up to the many challenges facing the country.

On Friday, an uneasy calm descended on China's harried stock traders. In Shanghai, shares rose 2 per cent but were down almost 12 per cent for the week as the government's ham-fisted attempts to control the markets caused more chaos and raised new anxieties about the health of the world's second-biggest economy.

"We have a kind of crisis of confidence that I don't think we've seen in China in a long, long time," said Barry Naughton, an economist at the University of California who has written extensively on China.

Its economic growth declining, China has, over the past year, led the global economy on a whiplash-inducing ride.

After pledging to give markets a "decisive role," President Xi Jinping's administration oversaw a massive government intervention into stock markets when prices fell. China said the yuan should remain stable, then orchestrated its decline. It promised to jettison GDP targets, then set 6.5 per cent as a floor when growth fell below 7 per cent.

With signs of trouble mounting, promises of a new China have quickly given way to the tactics Beijing has long employed: solving problems by spending and government dictate.

Critics say it has brought to the fore the worst aspects of a Chinese system run by a secretive and controlling government that uses money and arrests to pacify market unrest while festering problems go unaddressed.

It's fomented a lack of faith in China that is at the root of global market panic in recent days.

Case in point: the circuit-breaker that halted trading in order to calm markets instead exacerbated selling when markets reopened, resulting in another shutdown. The mechanism was yanked only four days after it was first used.

"How can they actually start to tackle reform and make difficult choices in the economy if they can't keep a circuit-breaker going for four days? You want to reform state-owned enterprises and lay off 30 million people? Give me a break," said Fraser Howie, a trader and analyst who co-authored Red Capitalism: The Fragile Financial Foundation of China's Extraordinary Rise.

"When the bears talk about the political system being brittle and unable to really deal with change and challenges, this is what we mean," Mr. Howie said.

China has defiantly sought to build a modern, technologically-advanced society while maintaining a government that controls everything from the Internet to the economy. It is a form of authoritarian capitalism that has grown more entrenched in recent years, building up state-owned firms rather than tearing them down and, under President Xi Jinping, centralizing power to a degree not seen since Mao Zedong.

But Mr. Xi has not been afforded the luxury of the hyper growth seen by his predecessors. In the two years he has spent tearing apart rivals to elevate his own stature, the economic good times that have been the bedrock of Communist Party power have waned. Industrial growth has slowed for 18 of the past 19 quarters, manufacturing is in decline and imports and exports are sliding. The yuan is falling, GDP growth is at its slowest pace in a quarter-century and profits at state-owned firms have cratered.

The Communist Party itself has drafted numerous prescriptions in its new five-year plan, intended to shape the next half-decade by slimming excess capacity, boosting consumption and increasing green development.

It all seems "very sensible," said Nicholas Lardy, a senior fellow at the Peterson Institute for International Economics who wrote Markets Over Mao: The Rise of Private Business in China. "But the crunch is, how are you actually going to do this" – and China under Mr. Xi has so far shown little ability to make broad economic reforms.

The past year has instead raised fears that China will move to even greater state intervention.

In the midst of a stock-market crash last summer, hastily released rules banned selling by large shareholders – a restriction modified and extended this week in a further effort to prop up markets – and the government launched something tantamount to war against falling share prices. Authorities arrested hundreds for alleged rumour-mongering. State-owned banks and brokers poured hundreds of billions of dollars in public funds into markets, money that formed a big part of the record-setting $512-billion (U.S.) decline in foreign exchange reserves in 2015.

Regulators, in a stroke, killed off virtually all trading in what had been the world's biggest stock-index futures market – a market that remains moribund months later.

The war on low share prices won China a few months of recovery. But it didn't solve many problems. Stocks remain heavily overvalued, and Beijing showed itself more interested in exerting control than propelling change.

Some observers fear that worse is coming; that China's next step will involve simply cutting off struggling capital markets.

If that sounds impossible, consider that "when you have large bailout funds controlled by the government buying out a larger and larger share of the market, that is a de facto shutting down of an equity market," said Victor Shih, who studies China's political economy at at the University of California, San Diego.

"A regime that can starve millions of people to death can do anything," he added.

That's not to say there aren't still optimistic signs for China.

Steel mills and cement plants may be closing, but roaring online retail sales are fuelling goliaths such as Alibaba, while venture-capital spending is setting records.

Over the next five years, "I'm very optimistic. China already has a consumer market that the world drools over." And with hundreds of millions still aching for middle-class comforts, "I really doubt any other place on earth could be better than here, even if in the short term there will be some pain."

What's more, Mr. Lardy of the Peterson Institute said today's problems are "not as large as the ones they've addressed in the past."

As one example, roughly 60 per cent of China's urban work force laboured at state-owned enterprises under Zhu Rongji, the premier whose bold agenda cracked apart the state's stranglehold on commerce and industry. Today, it's just 13 per cent.

"You would think it would be easier to push through some of these reforms in 2016," Mr. Lardy said.

Skeptics nonetheless say China's much-vaunted central planning smarts are being tested and found wanting, providing grounds for "a reinterpretation of what China's economic miracle was all about," said Patrick Chovanec, managing director and chief strategist at Silvercrest Asset Management.

No longer does its state-controlled approach and long-term planning look like a special kind of genius, just as Japan's planners fell out of favour when growth faded there.

In the 1980s, many felt "Japanese bureaucrats were omniscient and had this incredible way of organizing industry and organizing development that markets just could not replicate," Mr. Chovanec said. "Then in the 1990s it was like, whoever heard of anyone stupider than a Japanese bureaucrat?"

Opinion
How China could cause global economic stagnation
January 8, 2016 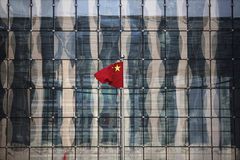 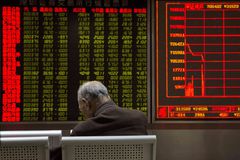