China's shutdown for the biggest holiday of the year did not seriously dampen increasing exports, leaving analysts upbeat on growth in the world's second-largest economy.

Customs data released Friday showed exports up 21.8 per cent in February, down slightly from January's 25 per cent but beating low expectations after the Lunar New Year period, when manufacturers traditionally down tools for as long as two to three weeks to allow migrant labourers to make their long trek home.

Imports plunged 13.8 per cent, compared to growth of 28.8 per cent in January, though analysts said this too was largely expected because of the holiday period and should not be interpreted as declining demand. China recorded a trade surplus of $13.5-billion (U.S.) for the month.

"Considering the Chinese New Year effect and the fact 2012 was a leap year, such an export growth is indeed surprisingly strong," wrote Wang Tao, economist for UBS, in a research note, adding that China's imports decline was lower than expected but not surprising. "Put together, Jan-Feb imports grew by 5 per cent year-on-year and 10 per cent year-on-year in volume terms. This is consistent with a recovery in domestic demand growth, as real imports have rebounded from low single digits in Q3 2012. Going forward, we expect the import value to also grow faster, as commodity prices have recovered to a more elevated level."

Despite the bright note some analysts warned the exports recovery may not be sustainable, given ongoing difficulties in Europe and the U.S.

"Today's better than expected data release does not necessarily reflect a meaningful nor sustained recovery of external demand, with the European economy still in contraction and the US recovery confronting a highly uncertain fiscal outlook," wrote Qu Hongbin, co-head of Asian economic research at HSBC.

Chinese policy makers have also warned of continuing challenges ahead for exports, predicting single-digit growth this year during this week's annual National People's Congress, the largely symbolic meeting of the country's rubber-stamp parliament. However, Commerce Minister Chen Deming was quoted Friday as saying he hoped for improvement in trade growth this year.

"I myself am optimistic that trade growth will exceed last year's 6.2 per cent," he said during a briefing on the sidelines of the Congress, news agencies reported.

Still to come is two months' worth of industrial production, retail sales, inflation and other economic data from the National Bureau of Statistics on Saturday, which combines January and February data in an effort to compensate for holiday distortions. Even so, economists expect the numbers to be out of sync.

"Chinese data may well cause some volatility as key output and demand indicators will be released for both January and February year-to-date and for February alone. Due to Lunar New Year effects, we expect the February readings to show weak and below-consensus industrial production growth but strong and above-consensus retail sales growth. We suggest not looking at last month's results in isolation but rather seeing through the Lunar New Year impact by focusing on the first two months of the year taken together," said Dariusz Kowalczyk, economist at Credit-Agricole CIB in Hong Kong , in an e-mail note.

"[The] outlook will appear a bit less upbeat as new [yuan] lending and social financing for February likely slowed sharply and more than expected, while CPI inflation probably jumped above consensus, pointing to monetary tightening ahead." 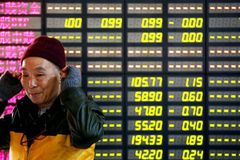 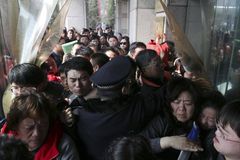 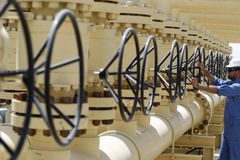 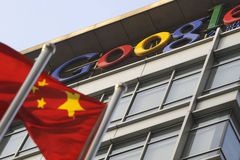