The world has grown accustomed to China's enormous appetite for raw materials. It is still getting used to the Asian giant's voracious demand for fine art.

This past week, Liu Yiqian, a Shanghai billionaire, paid $170.4-million (U.S.) for Nu Couché, a painting by Italian artist Amedeo Modigliani. It was the second-highest price ever paid for a work of art at auction.

The purchase puts an exclamation mark on the surge in art buying by China's superwealthy. It also underlines the evolution of the Chinese economy, as the country's hunger for basic industrial commodities slackens, while its passion for top paintings keeps growing.

"Back in 2000, auction sales [of fine art] in China were essentially a rounding error in the global auction market statistics," a new report from Citigroup says. Now, that one-time rounding error is the world's second-largest art market, behind only the United States.

China claimed more than a quarter of the world's art-auction sales in 2014 and accounted for about $4.4-billion in transactions, according to the Citigroup researchers. The country's "entry as a massive interloper" has reshaped a global art market that used to be dominated by U.S. and British auctions, they say.

The question is, what happens next. A slowdown in Chinese economic growth has devastated prices for raw materials such as iron ore and copper.

Perhaps not coincidentally, global art sales have also suffered a tick-down. Recent auctions of contemporary art at Sotheby's and Christie's have fallen short of the levels reached last year.

However, buyers around the world are still ready to pay through the nose for the very best. Prices for the most expensive works of art – such as the Modigliani purchased by Mr. Liu – are shooting up nearly twice as fast as the market as a whole, according to Citigroup.

Much of that buying pressure is coming from China, where rich investors hold an unusually high portion of their wealth in so-called treasure assets such as antiques and art. Objects of beauty account for about 17 per cent of their net worth, nearly double the level in the United States, according to Citigroup.

No doubt one factor driving China's passion for art is conspicuous consumption. The country's newly rich – like Mr. Liu, a former taxi driver who made his fortune in stocks and pharmaceuticals – are not above flaunting their wealth.

But another motivation is the desire of the country's most affluent citizens to find stores of value outside the country's flighty stock and real estate markets. Investment vehicles in China are "somewhat less sophisticated" than in many parts of the world, the Citigroup researchers say. "This has made buying art a relative safe haven for those who want to invest."

If history is any guide, buying a Modigliani may actually be less risky for a Chinese investor than buying soybeans or nickel. Art achieved a real return of 2.4 per cent a year over the past 40 years, while commodities, as a group, lost money over that period, according to Citigroup.

The global art market's biggest immediate threat may be rising interest rates. As rates climb, investments that pay out cash in the form of dividends or interest payments become more attractive, while non-yielding assets such as art become less so.

However, any stampede out of non-yielding assets still seems to lie in the future. Joseph Lau, a Hong Kong billionaire, bought a diamond last week for $48.5-million (U.S.) just days after purchasing another gem for $28.5-million.

The Citigroup thinkers see those purchases as symbolic of trends among China's superwealthy. The country's shift to a more consumer-driven economy has "implications for the relative demand performance of luxury-goods commodities relative to industrial commodities like steel, iron ore and base metals," they write. 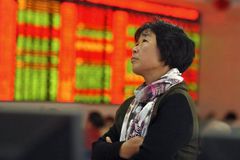 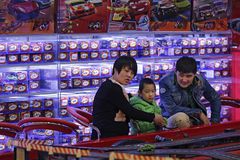 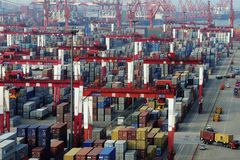