At Holden's gleaming headquarters in Port Melbourne, Sean Poppitt stops his tour in front of the auto maker's most stereotypically Australian concept car: the Sandman.

The so-called "panel van" – basically a sleek wagon with no windows at the back – is painted bright orange and features a testosterone-drenched image from the country's outback, complete with a koala, a kangaroo, a frill-necked lizard and a naked woman. It is an homage to the iconic Sandman of the 1970s, a vehicle built to carry surfboards to the beach or take to sultry nights at the drive-in – a car which, in the Australian imagination, occupies a place similar to that of the free-spirited, smoke-filled Volkswagen van.

"There [are] colloquial stories of people being conceived in a Holden panel van," says Mr. Poppitt, a Holden communications manager.

Soon, auto manufacturing in this country will be just like the Sandman: A piece of history.

Holden, which is owned by General Motors Co., recently became the latest car manufacturer to announce it was going to pull out of making cars in Australia completely, joining Toyota Motor Corp. and Ford Motor Co. in an exodus that has darkened the already-gloomy outlook for the country's battered manufacturing sector. Tony Abbott, the country's new Prime Minister, has made it clear to auto makers he is unwilling to subsidize big industrial businesses, even as he moves to cut a big tax on the mining sector.

So by 2017, Australia will join oil-rich Saudi Arabia as the only G20 economy without a major auto industry, and all the economic activity and middle class jobs that come with it.

The question faced by Australia – whether to pay the price necessary to keep auto assembly plants, or let them disappear – is the same one many industrialized countries are grappling with. In Canada, the federal and Ontario governments contributed more than $13-billion to save GM and Chrysler Group LLC in the recession of 2009. Both governments were considering a request from Chrysler for hundreds of millions more to retool its Canadian plants before the company withdrew its request last week. To make matters even more complicated, Canada also appears set to ink a free trade deal with South Korea, a global automotive industry powerhouse.

Proponents of subsidies have warned that without them, higher-cost developed countries would see their auto factories disappear as global manufacturers take their production to countries where wages are lower. Others, though, say the cost of public support is no longer worth it. For a glimpse at how things might turn out, Canadian policy makers could look to Australia, which, like Canada, is characterized by a resource boom in the west and a hollowed-out manufacturing sector in the southern and eastern parts of the country.

Holden began as a saddlery in 1856. After producing cars for other manufacturers, tramcars for Melbourne and military engines and vehicles during the Second World War, it rolled out the Holden FX in 1948, Australia's first locally designed and manufactured car. About 18,000 people signed up to buy the family sedan for $733, roughly 94 weeks in wages, without having seen it. The young country embraced "Australia's own car," as Holden called it; a commercial in the 1970s featured a nationalistic jingle that went: "We love football, meat pies, kangaroos and Holden cars!"

Most point to Australian industry minister John Button's 1984 plan to reform the automotive sector – the Motor Industry Development Plan, or the "Button Plan" – as the beginning of the industry's gradual, and some say inevitable, decline. Until that time, Australia's passenger vehicle market was protected by steep tariffs that rose to 57.5 per cent in 1978, as well as import quotas of 20 per cent on similar vehicles and local content requirements in manufacturing.

The Button plan's aim was to make the industry more competitive by stripping away tariffs, introducing foreign competition, forcing industry consolidation and, eventually, fostering an Australian export industry that could compete with other countries' auto industries. But as tariffs fell away, the Australian dollar began rising, from around 70 cents (U.S.), falling during the global financial crisis, and then soaring past parity. Despite the Button plan, an Australian-built car now costs GM about $2,000 more than one built elsewhere.

With a population of about 23 million, about two-thirds as large as Canada's, the Australian market is too small and fragmented to allow any one auto maker to build plants of scale, and Australian car exports to the Middle East and the U.S. – where Holden ships cars for police services – became entirely uncompetitive.

"You've got the American market right on your doorstep," Australian Treasurer Joe Hockey said in an interview with The Globe and Mail on the sidelines of an economic summit in Melbourne. "One of the challenges we had was that our costs of production here were far higher than Canada and our domestic market is much smaller than Canada. And Australians effectively determined the future of the Australian motor vehicle manufacturing industry by not buying Australian-made cars."

Mitsubishi Motors Corp. was the first to go in 2008. Ford came later, in 2013 saying it would stop production at two factories in Adelaide, ending about 1,200 jobs. "The business case simply did not stack up," Ford Australia chief Bob Graziano said at the time. "Our costs are double that of Europe and nearly four times Ford in Asia."

Holden came next, announcing in December that it would cut 2,700 jobs as it shut manufacturing down by 2017. Holden had asked the Australian government for a $275-million subsidy and was looking to invest $1-billion as part of a plan that would carry manufacturing through to 2022 – a far more modest amount than the $700-million-plus reportedly requested by Chrysler in Canada.

But Mr. Abbott's government made it clear that this wouldn't be forthcoming, and Holden killed off the plan. Toyota followed in February, announcing that it, too, would shut its plants and lay off 2,500 workers by 2017.

The closures in the auto industry, which is estimated to employ more than 50,000 Australians, including parts manufacturers and other related businesses, will hit a part of Australia that is already battling industrial decline. Qantas, Australia's struggling flagship airline, also recently announced 5,000 layoffs. Unlike in resource-rich Western Australia, where mining giants such as BHP Billiton mine iron ore and enormous liquefied natural gas (LNG) projects are being built, eastern Australian cities like Melbourne and Adelaide are reliant on those jobs and will be hit by these closures.

The car companies are working with the government on trying to certify workers for skills used on the job before they are laid off in 2017, as well as retraining and financial advice. But David Smith of the Australian Manufacturing Workers' Union, which represents more than 100,000 people in various industries, said it won't be enough to absorb the blows, and they are lobbying the government to invest heavily into new industries that could replace it. He suggested Mr. Abbott's conservative government was guided by ideology when it played hardball with the auto makers, but had not fully contemplated what would take their place.

"They just decided they didn't want an automotive industry in Australia. It's the first government in my lifetime, and I'm 56 years of age, that (would) put an ideology in front of automotive workers and their families," said Mr. Smith, who heads the union's vehicle division. "This is just a disaster waiting to happen." 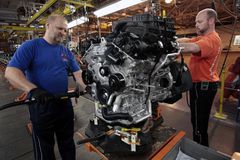 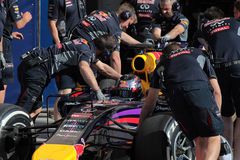 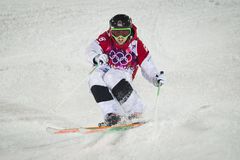 How Chrysler won this round of auto-subsidy sparring
Subscriber content
March 5, 2014 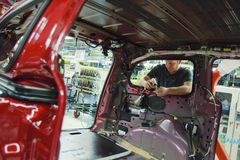