But the Montreal-based company drew the line on cost-cutting when it acquired a factory three years ago in Savar, in that same swampland suburb to the north of the capital Dhaka where the doomed Rana Plaza stood until a week ago. Instead of closing its eyes to the hazards of the manufacturing facility it had just bought, Gildan set out to make it a safe working place.

"You want to make sure you can sleep at night," said Glenn Chamandy, Gildan's president and chief executive officer, in an interview.

Gildan is not bashful when it comes to cutting costs. Mr. Chamandy has long adopted his grandfather's motto: "In business, you don't make money, you save it." Even so, Gildan's co-founder had some legitimate reasons for concern.

The businessmen from whom Gildan bought Shahriyar Fabric Industries for $15-million (U.S.) had previously owned Spectrum Garments. That sweater factory collapsed on itself in 2005, leaving 64 workers dead and 80 injured.

That industrial accident is considered to be the first major incident in a string of devastating fires and building collapses that have cost the lives of close to 700 garment workers in the manufacturing hub of Dhaka alone, according to the advocacy group Labour Behind the Label.

"A lot of companies go offshore looking for cheap prices," Mr. Chamandy said. "But if you decrease your costs without controlling your supply chain, you are exposing your company to great risks." Those risks are all the more important, he added, for companies that have invested heavily in their branding.

Built in 2009, the Shahriyar facility was almost new when Gildan executives first visited it. But even so, there were glaring hazards in the manufacturer's two buildings, where 2,000 employees work, Mr. Chamandy recounted. The main building, which is five storeys high, had no fire escapes. It had only a central staircase, and employees walked up and down with bundles of garments on their heads as there was no industrial elevator.

Gildan added fire escapes, an elevator and a water-treatment system. It also hired U.S.-based ABS Consulting to closely inspect the buildings. That analysis determined that the structures needed to be reinforced, at a cost of close to $1-million, Mr. Chamandy said.

"The truth is, it is very easy [for manufacturers] not to follow the rules," he said. "But for us, being a public company, we wanted to set the standards higher."

With annual sales of $1.9-billion, Gildan has historically sourced most of its T-shirts and other basic apparel from plants in the Caribbean and Central America. And the company has not escaped controversy over its own labour record.

The labour-sponsored fund Fonds de solidarité des travailleurs du Québec sold its Gildan shares in 2003 to protest the firing of dozens of workers in Honduras who had been trying to organize a union. To restore its image, Gildan adhered to the Fair Labor Association's standards, and its compliance program is now accredited by the Washington-based organization. While FLA's labour code is not considered the most stringent in the industry, it is seen as credible, and stricter than that of Worldwide Responsible Accredited Production, a not-for-profit established by the American garment industry.

The Maquiladora Solidarity Network (MSN), the Toronto labour advocacy group that was once the most critical of Gildan's practices, says the manufacturer has improved them, even if some long-term safety issues have recently cropped up in Honduras.

For Kevin Thomas, director of advocacy at MSN, there are indisputable advantages to owning a plant in Bangladesh as opposed to subcontracting the work to another party, as most international retailers do. "When you see a problem, you can fix it directly," he said.

And herein lies the problem in a garment industry that is so intent on cutting costs that it hands out short-term orders to mass-produce the latest fashions in record time. By threatening to walk away and give the contract to another manufacturer down the street or in another country, Mr. Thomas says, international retailers and manufacturers have no sway over their subcontractors and the working conditions in their factories.

"As long as retailers act as if this were a one-night stand instead of a long-term relationship, we are going to see problems." 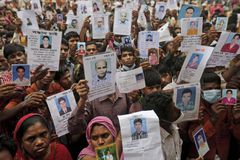 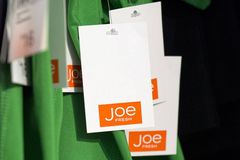