Xu Zhijun's mother taught him never to waste food. Now, the newspaper man's online campaign against the groaning banquet tables beloved by China's power brokers has gone straight to the top, shaking up the country's business traditions – along with its luxury sales.

"People despise officials who use public money to eat and drink. It is natural for ordinary people to care how officials spend the taxpayers' money," said Mr. Xu, who came to Beijing to work for a state-backed agricultural newspaper from his native Jiangsu province and was shocked by the waste he saw.

His online post of an empty plate for Earth Day last year drew limited attention from the Weibo community at first. But then the campaign caught the eye of the man at the top: Xi Jinping, China's new president.

The President set an example by ordering a comparatively frugal meal – four dishes, plus soup – during a village visit in Hebei province, then ordered officials to stop wasteful banquets, which are generally laden with expensive dishes and routinely thrown out.

The directive immediately spread through state-backed newspapers. "Gradually, the idea is trying to make consumption a personal thing. People surely won't waste anything if they're spending their own money. This will help curb the corruption on meal tables," said Mr. Xu of his "empty plate" campaign, which took off immediately after the President's words.

Three months later, the campaign has many previously big-spending officials brow-beaten into dining at simple booze-free buffets and hiding their Rolexes – and some say it's beginning to show in the country's economic numbers.

It's unclear how much can be attributed to a general rising cost of living, and how much to this new campaign against corruption and waste. Still, it's thought to be having some effect.

At Tian Di Yi Jia, a discrete, high-end restaurant near the Forbidden City known for serving celebrities and the occasional world leader, a hostess acknowledged business had been down during the National People's Congress this month, usually a time of solid bookings. "Our business is so-so, it's not going as well as before. We have been rather quiet this year," she said.

What's at stake is the corruption that permeates the upper levels of China's business and political elite, amid media investigations that have revealed officials' families to be sitting on fortunes worth hundreds of millions of dollars, several lifetimes' worth of their public salaries. Images of spoiled, wealthy children partying it up with fast cars and expensive champagne have made their way into China's animated online communities, where such images disgust the masses.

To be sure, the campaign has inspired some officials to simply disguise their spending. Politicians during this month's congress were reportedly booking private rooms at upscale hotels for receptions behind closed doors. And tinted-window Audis – the vehicles beloved by China's powerful and connected – were lined up outside a luxury shopping centre in an east Beijing embassy district in the last days of the Congress as delegates presumably stocked up on designer clothes and leather goods unavailable in the provinces.

"I think this is more of a symbolic impact. The major goal is not to discourage consumption, but rather to discourage corruption," said Willy Lam, a professor of Chinese politics at Chinese University of Hong Kong, who said the real test will be whether officials are forced to reveal their personal wealth. "It's true if you go to expensive hotels and expensive restaurants there are less people there but I think it's a temporary phenomenon and I don't think the government wants this to happen because they are trying to encourage consumption."

Still, luxury goods – previously an investor's darling – are feeling the impact. The maker of high-end Moutai liquor, Kweichow Moutai, has seen its share price drop 37 per cent from its 52-week high because of the lowered demand, combined with accusations of price fixing and rumours of contaminated products. And makers of luxury goods including Burberry, Hermès, LVMH Group and Hong Kong jeweller Chow Tai Fook have all warned of slowing growth in their mainland sales.

Consumption overall is slowing not because of luxury goods, but because of the rising cost of living, forcing the middle class to save for their own future and that of their parents instead of buying their morning Starbucks and new clothes at the mall, said Paul French, chief China analyst with research firm Mintel. "It is a problem. It is continuing longer than expected," said Mr. French. "Anyone who says how long this crackdown will go on is lying."

Rectangular Oreos, cucumber gum: Made in China for China
June 7, 2012 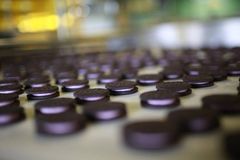 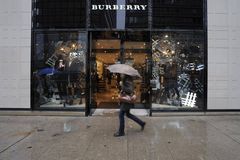 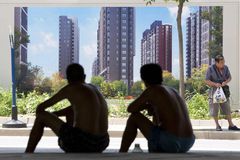 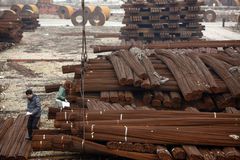 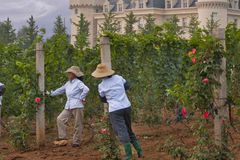