One of the biggest investors in Western Canada's energy boom is facing accusations of violating a United Nations arms embargo by providing fuel to military aircraft that attack civilians in war-torn Darfur.

Petronas, the state-owned Malaysian oil and gas company, has announced plans for $36-billion in British Columbia investments. But human-rights and arms experts say the company has provided fuel to Sudanese bombers and ground-attack aircraft in Darfur, raising the question of whether Ottawa should be taking a closer look at the human-rights record of potential investors.

Prime Minister Stephen Harper, visiting Malaysia this month, said he views the Petronas investment "very positively" and is "very excited" that Petronas might expand its investments.

A spokesman for Canadian Foreign Minister John Baird, asked this week about the alleged embargo violations by Petronas, said, "Canada expects that international sanctions, including those on Sudan, will be complied with."

Photos obtained by The Globe and Mail show a Petronas fuel truck at Nyala airport in Darfur on April 17, 2012, and Dec. 28, 2011, supplying fuel to An-26 and Su-25 aircraft of the Sudan Armed Forces (SAF). Antonovs are often used as improvised bombers in Darfur, and Su-25s often fire air-to-ground rockets in the region.

The UN Panel of Experts on Sudan, authorized by the UN Security Council to monitor the embargo, has said that the supply of aviation fuel for military purposes is a violation of the embargo.

"I have no hesitation in saying that Petronas is supplying fuel to SAF military aircraft," said Mike Lewis, an aviation expert who served on the UN Panel of Experts in 2011. The company's activities in Darfur are "no secret" and easily visible to visitors at the airport, he added.

Sudan, which has attacked villages in Darfur in some of the worst mass killings of recent times, has been subject to the arms embargo since 2004. An estimated 300,000 people have died and 1.4 million left homeless in Darfur, where Khartoum is trying to crush a rebel uprising.

Sudan's bombing and missile attacks in Darfur have been documented repeatedly by the UN Panel of Experts over the past six years, including in its latest report this year. Its research has also put Petronas under the spotlight. In a 2007 report, the panel said Petronas was fuelling Sudan's aircraft in Darfur. The panel has cited other companies, including Chinese and Russian arms suppliers, for providing weapons to Sudan.

Petronas spokesman Azman Ibrahim, contacted by The Globe and Mail by e-mail, was asked whether the company had violated the UN arms embargo and whether it refuelled military aircraft in Darfur. He promised a response, and later said the company did not have any comment.

In an e-mail last year to the Small Arms Survey, an independent Swiss-based research group that gets funding from Canada and other governments, Petronas acknowledged that its Sudan subsidiary provides "refuelling services" in Darfur. It described Nyala as a "civilian airport," but said the Sudanese aviation authority "from time to time takes control of the operation of the services."

Sudan restricts access to Darfur, making it difficult for journalists to travel freely there. But a Small Arms Survey report last year said photos at Nyala airport showed military aircraft "apparently being refuelled on the airport's military apron" by Petronas.

Alex Neve, secretary-general of the Canadian branch of Amnesty International, said Petronas should not be fuelling military aircraft in Darfur. "There's no possible justification for it, no excuses for it," he said in an interview. "It's troubling to see their response, which is that they have a civilian business at the airport and so be it if once in a while the military takes over. Shrugging shoulders is not due diligence."

Last year, after a protracted delay, Ottawa gave approval to Petronas for a $5.2-billion takeover of Progress Energy Resources Corp., a Calgary-based natural gas producer. The acquisition was among $36-billion in Petronas investments announced this month by Malaysian Prime Minister Najib Razak, who said it amounts to "the largest direct foreign investment in Canada by any country." 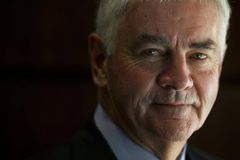 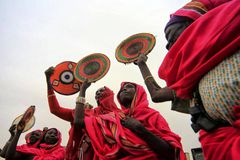 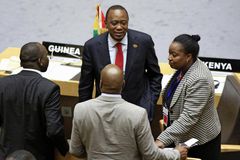