Vietnam's "Coffee King" sips tea as he appraises the crowded tables at a Swiss branch of Starbucks Corp.

Dang Le Nguyen Vu may not rate the coffee, preferring the brand from Vietnam's top processor which he heads, earning him the regal epithet.

But the U.S. chain is in his sights as a marketing model for Vietnam, the world's second-largest coffee grower, to multiply income by putting its brew and not just its beans on the map.

"Our ambition is to become a global brand," the chairman of privately owned Trung Nguyen told Reuters.

"They are great at implanting a story in consumers' minds but if we look into the core elements of Starbucks, what they are doing is terrible. They are not selling coffee, they are selling coffee-flavoured water with sugar in it," he said.

"American consumers don't need another product. They need another story," he said, adding that his company aimed to improve the lives of people in Vietnam's coffee-growing highland region, a link he sees lacking in larger rivals.

"They sing great songs about sustainable development but at the end of the day, the return on investment is what they care about. They don't grow coffee, do they? We do."

Trung Nguyen says all its beans come from smaller farms certified for sustainable growing practices, with growers receiving guaranteed prices. Mr. Vu was in Lucerne to tout what he calls "responsible creativity for harmony and sustainability."

Vietnam is the world's top exporter of cheaper robusta beans – mainly used for making instant coffee – and the second biggest exporter of coffee overall after Brazil, which is the world leader in exporting pricier arabica beans.

However, like many nations that produce soft commodities coffee, cocoa and sugar, Vietnam only earns a fraction of the income ultimately generated by its crops once they are processed, packaged and marketed abroad.

"Vietnam currently exports 90 per cent of beans raw. These beans carry no brands. That needs to be changed," said Mr. Vu.

He said Vietnam should be able to earn $20-billion (U.S.) from coffee within the next 15 years, up from less than $3-billion now, if it boosts agricultural productivity and does more to add value to its coffee by roasting, blending and packaging beans.

Trung Nguyen hopes to quadruple revenues to $1-billion by 2015 from $250-million in 2011 as Mr. Vu seeks to take on big global brands like Nestle's Nescafe and Starbucks.

"We are like a grasshopper fighting against a giant elephant. In terms of technology, marketing, Nestle is way ahead of us," Mr. Vu said.

"Our strategy is to be smarter and more focused," he said, noting that his G7 brand is the country's top selling instant coffee ahead of Nescafe and local rival Vinacafe.

"For the consumer, Vietnam was closed for a long, long time so they would always prefer the foreign brand versus the local brand so for G7 to win this race it took extra effort from us."

Trung Nguyen already exports to 60 countries, but plans a big new push into the United States next year, hoping to eventually reverse the split in its sales of 70 per cent for the domestic market and 30 per cent for export.

Trung Nguyen also expects to benefit from the fast-growing popularity of coffee in the traditional tea-drinking countries of Asia. Mr. Vu hopes to lift Vietnamese coffee consumption from a current 1 kilogram per head per year to the 5 kilograms of Brazil.

"We are running our factories at up to 110 per cent of capacity and still we cannot provide enough to the Chinese market," said Mr. Vu, who says he drinks 10 cups a day himself.

Nestle noted recently the huge potential of the Chinese market with only three cups per person currently drunk per year compared with 168 cups in Hong Kong and 99 in Taiwan. 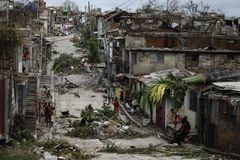 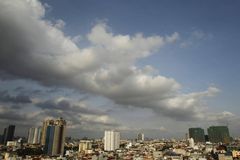 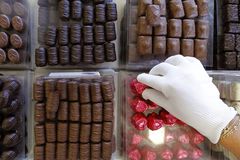