The Bank of Japan boosted its asset-buying scheme by a further ¥10-trillion ($124-billion U.S.) on Friday and pledged to buy longer-term government bonds in a move seen aimed at convincing both impatient politicians and investors of its resolve to pull the economy out of deflation.

The central bank also kept expectations of more stimulus alive as it pledged to "pursue powerful monetary easing" to reach its 1 per cent inflation target, even as it nudged up its growth and price forecasts for the coming years.

But the yen later crept back up and stocks slipped as some market players saw the BOJ's decision to give itself more time to hit the bond-buying goal as a sign that central bankers themselves had doubts about how much good their action would do for the struggling economy.

"They seem motivated by politics and political pressure in these last couple of moves ... so I think they will do the minimum that they feel they are forced to do."

The BOJ's second easing in just over two months comes at a time when the economy is picking up and was seen mainly as symbolic response to politicians' calls for more efforts in battling deflation that has dogged Japan for over a decade, depressing consumption and business investment.

As expected, the central bank also extended the duration of government bonds targeted under its asset-buying scheme to three years from the current two years.

BOJ Governor Masaaki Shirakawa said Friday's decision was aimed at supporting the "positive momentum" building up in the economy that he believes will help Japan achieve the central bank's inflation target as early as in 2014.

He offered few clues on the outlook for monetary policy but signalled his hope of spending some time before acting again, saying that the BOJ would "carefully and calmly" assess the effect of its recent steps in guiding policy.

"We'd like to achieve 1 percent inflation in Japan as soon as possible. But it takes quite a long time for the effect of monetary easing to appear on the economy," Mr. Shirakawa told a news conference after the policy meeting.

"Recklessly easing without taking into account that lag effect would destabilise price moves," he said.

The political reaction to Friday's decision, however, shows the BOJ may have only bought itself a little bit of time.

Finance Minister Jun Azumi described the move as "another bold easing step", but said he hoped the central bank would continue to take such steps.

The BOJ revised up its economic and price forecasts in a semi-annual outlook report released on Friday, projecting consumer prices would rise 0.7 per cent in the fiscal year 2013/14, with inflation reaching 1 per cent some time thereafter.

But data released earlier on Friday showed consumer inflation rose just 0.2 per cent in March from a year earlier, a sign Japan still had a long way to go to beat deflation.

Some analysts also questioned the scale of Friday's move, saying the BOJ actually has not committed to expand its balance sheet or accelerate the pace of asset purchases that much.

While boosting the pool for asset purchases, the central bank cut by ¥5-trillion the scope of its fixed-rate market lending operations, citing faltering demand.

As a result, it increased the combined asset-buying and loan program by just ¥5-trillion to ¥70-trillion.

It also extended the duration of the purchasing program by six months to June 2013, a sign that the pace of government bond purchases will not change that much.

"This is the disappointing part for me." 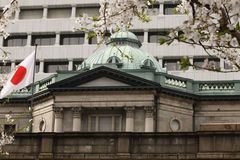 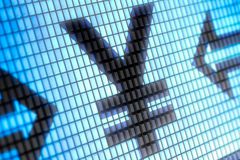