The agreed all-cash deal is pitched at a rich 65 per cent premium to Petrohawk's last-traded share price and follows BHP's $4.75-billion purchase of Chesapeake Energy's interest in an Arkansas shale gas field in February.

"Their view on their first shale buy was they were buying at bottom-of-the-cycle prices. I guess they see value here," said Peter Chilton, portfolio manager at Constellation Capital Management.

BHP and others are targeting shale gas as it emerges as a major source of cleaner-burning fuel in a world increasingly looking for alternatives to coal-fired energy.

However, shale gas has been beset by environmental concerns surrounding its extraction and some developers in the United States have been targeted by lawsuits.

Energy Focus BHP said the deal could more than double its energy division's existing resource base, a significant strategic shift as it seeks fresh avenues of growth.

Known as "The Big Australian," BHP has run into repeated regulatory hurdles with deals to expand its iron ore operations, and its attempt last year to diversify into agricultural minerals with a $39-billion hostile bid for Canada's Potash Corp. of Saskatchewan Inc. was also stymied by regulators.

Unlike iron ore and potash, the shale gas industry does not have a tight concentration of producers and BHP chief executive Marius Kloppers said he saw no significant regulatory barriers to the deal.

"If the whole continent of Australia used electricity sourced from natural gas...this thing we purchased would supply that need for 18 years," he said.

But some analysts worried BHP was being over-optimistic in its shale gas bet, relying future global demand and a economic rebound in the United States, where gas prices are about $4.40 per million British thermal units - half or less than in Europe and Asia.

"At the current gas price, it doesn't make sense. If the current (U.S.) gas price of low $4 per mmBtu were to hold, then they've paid a big price for something that's not going to generate the returns that they are thinking," Glyn Lawcock, head of Australian Resources at UBS in Sydney.

"You've really got to believe that the U.S. gas price will (climb) back up to a minimum of $6 per mmBtu."

Petrohawk's shale assets cover about 1 million acres in Texas and Louisiana, with estimated 2011 net production of around 950 million cubic feet equivalent per day, or 158,000 barrels of oil equivalent per day.

The International Energy Agency has said around 40 per cent of the increase in global gas production between now and 2035 will come from unconventional gas exploration, such as shale gas or coal bed methane gas, also known as coal seam gas.

BHP estimated shale gas would account for half of total the U.S. gas market by 2030 and also noted shale gas can provide returns in months, compared with the five years or more of development required to bring offshore oil and gas on stream.

Since March 2010, however, the U.S. Environmental Protection Agency and other federal agencies have been reviewing the environmental and health impact of shale gas drilling, which could mean new regulations on the sector.

In April, a blowout of a natural gas well in Pennsylvania spewed thousands of gallons of drilling fluid that contaminated local waterways and intensified debate over a shale drilling method called hydraulic fracturing or "fracking."

Cash goes to work BHP will use its abundant cash reserves to fund the deal, which comes at time when companies are looking to snap up raw materials to fuel strong demand from emerging markets.

This week alone, some $27-billion worth of Asia resource-related deals have been announced, according to Thomson Reuters data.

BHP said that once the Petrohawk deal was completed, it embark on aggressive spending of more than $40-billion over the next decade to develop Petrohawk's three major fields, all in the "sweet spot" for shale gas in the southern United States.

The acquisition gives BHP a risked resource base of 35 trillion cubic feet equivalent of gas, the firm said, adding there was a fee of $395-million to be paid if the deal was not completed.

Kloppers would not be drawn on this issue. "I don't want to rule in or rule out additional buy-backs...," he told the briefing.

In targeting shale gas, BHP is biting off smaller deals than the blockbuster takeovers it has tried and failed to secure over the past three years, including the Potash Corp. bid.

Early in his tenure as CEO, Kloppers also launched an audacious but ultimately mistimed play for rival Rio Tinto Ltd. just before the global credit crisis in 2008. He later attempted a $116-billion merger of BHP and rival Rio Tinto's iron ore businesses, but that too failed.

If completed, the deal will be the company's largest since BHP Ltd. bought Billition Plc. for $15.6-billion including net debt in 2001.

The deal will boost BarCap to No.5 on the Asia-Pacific M&A league table rankings, from No.12, according to Thomson Reuters data. 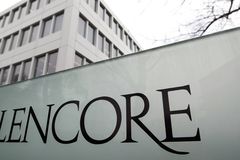