The first Olympic broadcast crackled over the airwaves 64 years ago in London, as a few thousand people who lived near venues were able to pick up some events on their black-and-white televisions.

The decades since then have been kind to Olympic broadcasters, who raked in billions of dollars from advertisers eager to get their products in front of the massive worldwide audiences glued to television sets.

As the Games return to London, that model is coming apart.

Viewers are seeking free content online, but the nationally exclusive broadcasting rights and the rich advertising contracts that underwrite them are still firmly rooted in the old prime-time world.

Nowhere is this tension more stark, or more widely debated, than in the United States, where NBC is forcing viewers to wait for time-delayed coverage of marquee events in the evening, hours after the fact.

"They are trying to control the broadcast in its entirety because they have concerns about money," says Queen's University media professor Sidneyeve Matrix. "It's the audience versus big media, and big media needs to concern itself with monetization."

Advertisers want to be where the majority of viewers will see their pitches and, despite the wealth of online viewing options offered in Canada and elsewhere, the action in the majority of homes is still in front of the living room television when it comes to the world's biggest events – whether for the Olympics and the Super Bowl or the Oscars and the Grammys. For all the griping about NBC's approach, it gathered the largest ever television audience for first-day coverage, the broadcaster said Sunday.

How long television can hang onto that position, nobody knows. With the Olympic Games now available in more formats than in any other time in history – smartphones, tablets and websites are as prevalent as televisions, radios and newspapers – the model is breaking down. Advertisers have not been willing to spend the same money on online presence as they have on television, which could challenge the economics that have underpinned the broadcasting of marquee events for decades.

The future is so unclear that all of Canada's broadcasters have pulled out of bidding for the 2014 and 2016 Games because they aren't convinced the old model will still work only a few years from now as more consumers move online.

"We presented not one, but two fiscally responsible bids that are reflective of the Canadian marketplace," CTV president of programming and sports Phil King said when the partnership was dissolved. Bidding for the rights is hugely expensive. NBC lost almost $250-million on the Vancouver Olympics.

"The challenge is we all expect stuff to be available anywhere," Prof. Matrix said. "If we can find something out on Twitter it's very unlikely we will wait another six hours to watch, we'll go find it on YouTube even if it's lower quality." That's a problem for advertisers looking to reach that audience."

Sixty-four years after television came to the Games, the Olympic Broadcast Service employs 13,000 to produce 2,500 hours of content covering virtually every sport. Canada's Olympic Consortium – 80 per cent owned by BCE Inc. and the rest by Rogers Communications Inc. – will send more than 5,000 hours of content to televisions, phones and computers.Unlike the Canadian broadcasters who are threatening to walk away completely because of high costs, NBC doesn't have the luxury of sitting out the next time Olympians gather to compete. It signed a $4.38-billion deal last year that will see it broadcasting through 2020.

It doesn't plan on ditching its prime-time model, either, despite pointed criticism from viewers who feel the live web feeds provided by the network are no substitute for live television. The network said almost 41 million people watched the opening ceremony despite a tape delay that meant anyone who wanted to know already knew what Paul McCartney would play. 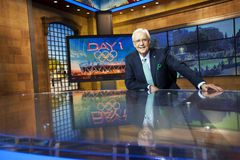 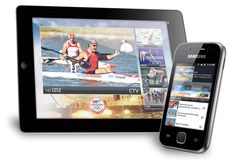