Bitcoin was so off the radar a year ago that Bank of Canada Governor Stephen Poloz knew nothing of the virtual currency until it was woven into the plot of a popular American television show.

"I first heard about it on The Good Wife," Mr. Poloz said during a September visit to the central bank's Calgary office, referring to the CBS legal drama, which produced an episode inspired by the mysterious origins of Bitcoin in early 2012.

The virtual currency took another step away from the margins of the financial system Monday, as the U.S. Senate homeland security and governmental affairs committee set aside a good chunk of the afternoon for testimony on whether the private – and largely anonymous – payment system requires special regulatory scrutiny. It was the first time a congressional committee had conducted hearings on digital currencies.

There are about 12 million Bitcoins in circulation, which are used by Internet consumers to pay for everything from gourmet coffee to teeth whitening. While some investors see the currency as a store of wealth along the lines of gold, detractors flag Bitcoins' attractiveness to criminals: Transactions on Silk Road – the online marketplace for drugs and other illicit goods and services, such as murder-for-hire, that U.S. authorities closed earlier this year – were done in Bitcoin.

But rather than shrink from lawmakers' gaze, some champions of Bitcoin heralded the committee hearing as a coming-of-age moment for the digital currency, which was created in 2008 by a programmer or group of programmers known only as Satoshi Nakamoto.

"It has a seat at the table," Patrick Murck, general counsel at the Bitcoin Foundation, a private group that is seeking to establish voluntary industry standards, told Bloomberg Television Monday before testifying at the homeland security committee.

A stamp of legitimacy from the U.S. government would boost Bitcoin's popularity. The currency soared to a record against the U.S. dollar – its value surged as much as 25 per cent Monday to more than $610 (U.S.) – as letters to the committee from various U.S. agencies, including Federal Bureau of Investigation and the Federal Reserve, suggested the government had no particular issue with it.

"The FBI's approach to virtual currencies is guided by a recognition that online payment systems, both centralized and decentralized, offer legitimate financial services," Peter Kadzik, principal deputy assistant attorney-general, wrote in one letter.

Bitcoin's popularity recalls the many private currencies that existed in the United States before the creation of the current Federal Reserve System a century ago. The old system was inefficient and prone to crises.

Bitcoin is something else, since it is fully convertible and unlinked to any platform. Prof. Gans, who teaches at the University of Toronto's Rotman School of Management, and Ms. Halaburda, a member of the Bank of Canada's currency department, said more study will be necessary to conclude whether Bitcoin could undermine financial stability, or make the economy more efficient by reducing financial transaction costs.

Michael England, president of Alix Resources Corp., a junior mining exploration company in Vancouver, is betting on the latter. Mr. England intends to begin paying outside contractors and service providers in Bitcoins. The company also announced last week that it intends to launch a Bitcoin exchange next January.

Mr. England concedes one reason for Alix's embrace of Bitcoin is simply to bring some attention to the company as a sluggish economy makes raising money difficult. But Mr. England also said that he is betting that the value of Bitcoins will continue to rise, making it a good hedge against fluctuations in the foreign-exchange markets. He said he is confident that Alix's partners will begin transacting in Bitcoins to make the bet pay. "There's a lot of excitement," he said in an interview. "It's all the rage."

Many of homeland security committee chairman Thomas Carper's questions were about whether Bitcoin facilitated crime. Some authorities testified that it did. "There is good reason to remain vigilant," said Mythili Raman, acting assistant attorney general in the criminal division at the Justice Department.

Yet security officials were clear that they felt they possessed the legal means to crack down on abuse. Edward Lowery, a Secret Service agent, said cyber criminals actually were shying away from Bitcoin.

Jennifer Shasky Calvery, director of the Treasury Department's financial crimes office, said there were approximately $8-billion worth of Bitcoin transactions this year through October.

That compares with the $244-trillion in wire transfers processed by Bank of America in 2012. PayPal conducted $145-billion of transactions, and Western Union transferred remittances of $81-billion, she testified. "Cash is still probably the best means for laundering money."

In Canada, officials are paying attention to the rise of Bitcoins, but aren't yet showing signs of particular concern. "It's on our radar screen," Mr. Poloz said in Calgary in September. Yet, he insisted that central banks have no desire to protect their monopoly over how individuals pay for goods and services.

"You're just fulfilling the obligation of making a safe and reliable payment system," Mr. Poloz said. "If innovation happens to make it more efficient and stuff like this, well, it's good for everybody."

Editor's note: This article has been corrected to note that Mr. Gans teaches at the Unversity of Toronto's Rotman School of Management while Ms. Halaburba works in the Bank of Canada's currency department. We have also corrected the spelling of Ms. Halaburda's name.

The virtual currency known as Bitcoin took a step away from the margins of the financial system Monday, as the U.S. Senate homeland security and governmental affairs committee set aside a good chunk of the afternoon for testimony on whether the private – and largely anonymous – payment system requires special regulatory scrutiny. It was the first time a congressional committee had conducted hearings on digital currencies. Read the full story.

So what is Bitcoin, how is it "farmed" and how do you buy it? Read the full explanation below. 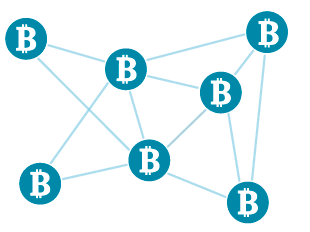 Bitcoin is a completely decentralized form of virtual currency that enables direct payment over the internet by skipping the middleman, which is usually a bank or credit card company. Transactions are safe due to cryptography used to prevent double spending, counterfeiting, or theft. Users can use bitcoins for a variety of real transactions.

How does Bitcoin work? 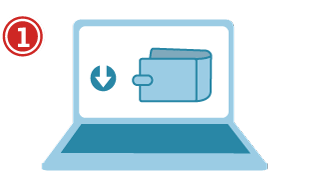 Before a Bitcoin can be purchased, a user must install a virtual 'wallet' onto a personal computer or mobile device. The wallet is similar to personal finance software and keeps track of Bitcoin balance and transactions. 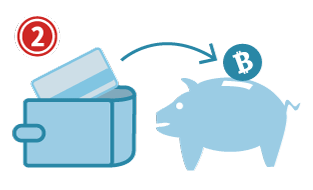 The user then pays for bitcoins, either through a credit card, bank account or anonymously with cash. Bitcoins are transferred directly into a Bitcoin account, and the user can send and receive payments directly to a buyer or seller. 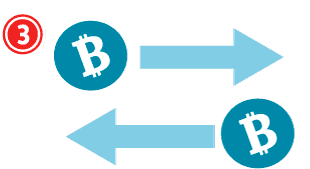 Similar to trading stocks, a buyer can place an order for a Bitcoin through an exchange program once the funds are available. Bitcoins can also be purchased from third parties. 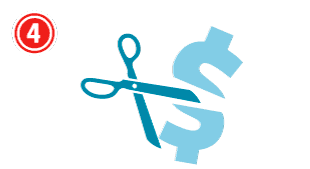 Users pay far fewer associated fees by skipping the middle man in each transaction, and they can also maintain a much higher level of anonymity.

Virtual cash is no threat to the real thing, Bank of Canada paper says
November 13, 2013 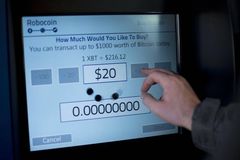 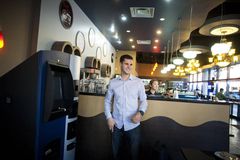 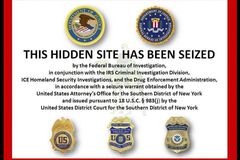 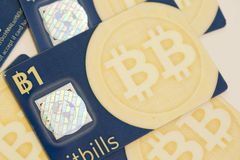 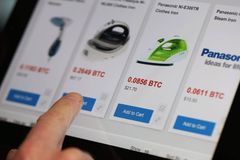