Wage talks have collapsed again in South Africa's 20-week platinum strike, the latest ripple in a cascade of bad news that has pushed the country closer to recession and threatens to trigger a major restructuring of its platinum industry.

The strike has already inflicted huge damage on South Africa's economy, the traditional African powerhouse and second biggest on the continent. The economy declined by 0.6 per cent in the first quarter of this year, its first contraction since 2009, and there are growing fears that the decline will continue in the next quarter.

The strike by 70,000 workers, the longest in South African mining history, was a key reason for the shrinking gross domestic product in the first quarter, since mining is still a huge contributor to the economy. Without a resolution to the strike, a recession is nearly inevitable, analysts say.

Equally inevitable are the closing of mine shafts and a shift toward mechanized mining in an industry that produces about 40 per cent of the world's platinum output.

The radical new union that has spearheaded the platinum strike has now turned its sights on the South African gold industry, where it also wants to launch a strike. That strike has so far been blocked by South Africa's Labour Court.

Two weeks ago, after winning re-election, the government stepped into the platinum strike and set up a committee to try to resolve it. But late on Monday, it announced its withdrawal from the wage talks, and the platinum producers said the talks have "unfortunately been dissolved without an outcome."

The three main producers – Anglo American Platinum Ltd., Impala Platinum Holdings Ltd. and Lonmin PLC – said they are still committed to a negotiated settlement but "will now review further options available to them."

The producers, which have set up a constantly updated ticker on a website to show the cost of the strike, estimated on Monday night that the strike has so far cost the industry more than $2-billion (U.S.) in lost revenue and cost its employees more than $910-million in lost wages.

The strike has caused untold suffering for the workers, usually migrants who live in hostels or shacks and send their wages home. Each worker typically supports about eight to 10 people in their extended families.

So far, the industry has been cushioned by stockpiles and an oversupply in the market, and global prices have been little affected.

One platinum executive told a South African newspaper on Monday that the strike is "the best thing to have ever happened to the market" because it is removing surplus metal and restoring the long-term health of the industry.

The restructuring of the labour-intensive industry could also benefit the producers, who would prefer a more mechanized sector. They say their South African workers produce only one-tenth as much as their Australian counterparts, yet their wages are one-fifth as high.

Other factors are also at play. The new union, the Association of Mineworkers and Construction Union, is trying to carve out a dominant role in a sector traditionally controlled by unions affiliated with the ruling political party, the African National Congress, while the producers are trying to halt the union's expansion.

The ANC complained on Sunday that the platinum conflict is a "political strike" led by "white foreign nationals" – an apparent reference to foreign-born researchers and activists who have supported AMCU.

"Like First World War generals of a century ago, the labour and employer leadership fight on, believing that as long as their opponents suffer more than they do, they will eventually emerge victorious," South African economist Gavin Keeton wrote in a commentary on Monday.

"It beggars belief that a settlement cannot be reached, given the pain being felt all around." 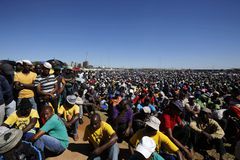 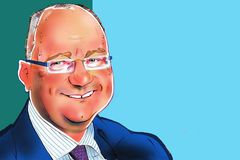