Rozman Junaidi has a devil's grin on his face as he glances over. "You know Top Gun?" he says, holding the control stick that is the closest thing to flying a real Sikorsky S-92 helicopter in all of Asia. "It's time to buzz the tower."

He leans the virtual chopper forward, and a razor-sharp digital rendition of the Brunei International Airport tilts up to fill the simulator screen, built by Canada's CAE Inc., and recently installed in the tiny Asian nation on the northern shore of the island of Borneo. The helicopter charges inches past the control tower, before plunging to the ground. A veil of red suddenly looms over the screen.

There is a metaphor of sorts in the simulated crash: Brunei is fast heading back to earth after a joyride fuelled by fountains of oil. Brunei has no income tax, no sales tax and loopholes big enough that many companies pay no corporate tax. It subsidizes basic foodstuffs and sells gasoline for 47 cents a litre. It is the world's fourth-richest nation in GDP per capita. Oil brought outrageous riches to the royal family, which has accused one of its own of personally squandering $16-billion (U.S.).

But the bounty in the "abode of peace," as Brunei Darussalam translates to, is starting to run thin. Oil production is down 40 per cent since 2006, while plummeting prices have robbed a good deal of the value from what remains.

Now Brunei finds itself struggling to find that something else.

Nearly 96 per cent of Brunei's exports are oil, gas and related products, more than Saudi Arabia, Kuwait or the United Arab Emirates. At its current pace of extraction, Brunei has enough oil left for just 22 years, according to the BP World Energy Outlook. Saudi Arabia, by comparison, has 63 years left, while Kuwait has 89 (Canada has more than 100). For the past decade, Brunei has found only a half-barrel of new oil for every one it removes from the ground.

A dawning awareness that the good times are at risk has prompted a renewed effort in Brunei to build parts of its economy on something other than oil. It has sought to woo companies from across the world, going so far as to prepare a handful of industrial parks that, for now, stand largely fallow.

But a few companies have come, including Hengyi Industries, a Chinese firm with plans for a new refinery.

And for CAE, Brunei Economic Development paid to construct an entire building custom-designed to house flight simulators. Brunei government agencies also provided long-term contracts to use CAE services and awarded the Saint-Laurent, Que.-headquartered company "pioneer" status, which includes duty-free equipment imports and an exemption from all corporate tax for up to 11 years.

It's "an enticement for a foreign direct investor. Without that deal, we wouldn't be here," Mr. Junaidi says.

Brunei, population 420,000, provoked global consternation in 2014 when it introduced the first phase of sharia law that will, if fully brought into force, include execution for homosexual acts, even for foreigners.

But the country has its virtues. On a map of southeast Asia, it is the bulls-eye, making it geographically central to an increasingly important region. It has an educated population conversant in English and Mandarin. It has been spared the earthquakes, volcanoes, tsunamis that have plagued other parts of Asia, and is politically stable.

Its largely Muslim population also provides business opportunities, in the creation of halal products, one of the reasons Richmond, B.C.-based Viva Pharmaceutical Inc. set up the country's first pharmaceutical manufacturing operation. Called Simpor Pharma, it is a joint venture with Viva holding 51 per cent and the remainder split between the Brunei government and a local company.

Viva initially looked to set up a factory in China and Indonesia, which has the world's largest Muslim population, said Edward Ko, Simpor's managing director. But corruption is rampant in both of those places. So they came to Brunei instead, happy to accept the state assistance — which has extended to the government chartering a vessel to ensure regular marine cargo service. The Simpor factory is a warren of spotless rooms, each devoted to a different step in making halal herbal products, cosmetics, multi-vitamins and over-the-counter drugs.

But for all the government largesse, Simpor's experience also underscores the legion pitfalls that confront a nation so accustomed to oil's good times, Brunei officials are stumped when asked what their country did before the oil was found in 1910 (it was a rubber exporter). Brunei without petroleum seems an unimaginable concept, a reality that colours just about everything.

The virtual complete lack of other industry means Simpor must import the entirety of its raw ingredients. The pharmaceutical maker is unable to hire university graduates, who overwhelmingly take plush government jobs that are nearly impossible to lose. A culture that hasn't had to do much competing for business – heavily-subsidized Royal Brunei Airlines is one of the region's least profitable air carriers – can be a frustrating place to work.

In the latest World Bank rankings, Brunei tumbled to 179th spot – out of 189, barely beating out Haiti and Zimbabwe – for ease of starting a business.

And the future doesn't look much different. A 2014 energy white paper sketches out coming decades strikingly devoid of anything but more oil and gas. Though it's not quite clear how it will get there, the paper calls for the country to pump 650,000 barrels of oil equivalent a day by 2035, a massive increase from 372,000 today. That, it says, will grow local employment from 10,000 today to 40,000.

Simpor, by comparison, employs about 30 Bruneians.

Faced with an impending oil crisis, in other words, Brunei has decided its best strategy is to find more oil.

"I don't think any economist would be very bullish about the future of Brunei's non-oil and gas sectors, to put it mildly," said Ian Storey, a senior fellow at the Institute of Southeast Asian Studies in Singapore.

Still, Brunei hasn't proven a terrible place to be for the Canadians. CAE expects to expand its simulator operations, and hopes to launch a flight school. Simpor is drafting plans for a multivitamin gummy bear factory, and hopes it can one day use the country's virgin rainforest to find new ingredients. 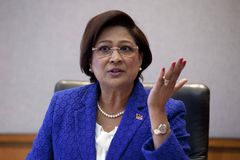 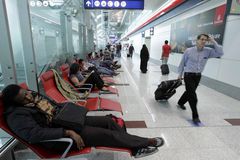