When the thirteen members of the investment team at Ballentine Partners LLC sit down each quarter to review their holdings, it is a loud and boisterous affair. Last month, their discussion turned to emerging markets.

The Massachusetts-based firm, which manages $4-billion (U.S.) for ultra-wealthy families, faced a decision: Pare its bullish bet on such countries or stick with it, even as stock prices fell.

The debate circled around the potential dangers for these markets and for China in particular. One agitated analyst pounded the table and called the country's credit-fuelled expansion a "shell game."

In the end, the firm's staff decided to scale back on emerging-markets stocks. "It's going to be a bumpy time," said Greg Peterson, Ballentine's head of investment research. So they decided to act out of caution, he said, to see "how all the issues resolve right now."

Across the world, many investors are coming to a similar conclusion, watchful and uneasy about the future path of developing economies. In recent weeks, some have fled those markets, sparking marked declines in stocks, bonds and currencies.

The immediate cause of the rout was the prospect that the U.S. will end years of unconventional and ultra-loose monetary policy that drove interest rates to historic lows, and pushed a flood of capital into these emerging markets in search of higher returns. But there is also a deeper re-evaluation going on. Economic growth in three emerging giants – Brazil, Russia and India – has disappointed. China is no longer expanding at a torrid pace. And political upheaval has spiked, as protests flare in places like Turkey and Brazil.

Together, that adds up to a very different picture than the one that greeted investors 10 years ago. What was perhaps the single most compelling investment thesis of the past decade – the all-in bet on the emergence of new economic powers – appears to have run its course.

From 2003 to 2012, the MSCI Emerging Markets index rose nearly 17 per cent a year on average, in U.S. dollar terms. But investments in emerging markets in the coming decade are "unlikely to deliver anything close" to the kinds of returns they did in the last one, Dominic Wilson, an economist at Goldman Sachs Group Inc., wrote in a note to clients last month. "To paraphrase the old expression, these are not your older brother's emerging markets."

Mr. Wilson's opinion carries particular weight: Together with colleagues, he predicted in a report in 2003 that the BRIC nations – Brazil, Russia, India and China – would become an increasingly important driver of the world economy. Their contribution to global growth will remain high, he noted last month, but the real spike is likely "mostly over."

Others echo that assessment, arguing that an investing era has ended. "Every decade there's some theme that captures the imagination of people," said Ruchir Sharma, head of emerging markets at Morgan Stanley Investment Management in New York. In the 1970s, it was gold; in the 1980s, it was Japan; in the 1990s, it was technology; and in the 2000s, it was the BRIC nations, he said.

"Now what we're seeing is this is beginning to change," said Mr. Sharma, the author of Breakout Nations, a recent book on the topic. "All the emerging markets booming together is last decade's story."

Running for the exits

The recent selloff in emerging markets was triggered by fears of what would happen when the U.S. Federal Reserve started to scale back its large-scale purchases of bonds. In mid-June, the Fed said it could reduce such purchases as soon as this fall, depending on economic conditions.

The Fed's easy-money policy has been a boon to investments in developing nations – and news of a possible shift ricocheted around the globe. "The natural reaction was to reduce positions," said David Rolley, co-head of global fixed income at Loomis Sayles & Co. LP in Boston, where he oversees $35-billion. "A bunch of emerging-market tourists discovered their visas had just expired."

Since May 23, investors have yanked $38.6-billion out of stock and bond funds that focused on emerging markets, according to data provider EPFR Global. In a single week at the end of June, investors withdrew a record $5.6-billion from emerging-market bond funds, the largest weekly outflow since EPFR began tracking such figures.

The outflows sent currencies and stocks tumbling. The Indian rupee and the Turkish lira have hit record lows versus the U.S. dollar. China's Shanghai composite index fell to its lowest point since 2009 in late June and stocks in other emerging markets experienced sharp declines. Since the start of the year, the MSCI Emerging Markets Index has fallen 10.4 per cent (by contrast, the Dow Jones industrial average has risen 18 per cent).

The recent declines aren't only about the Fed's next move. A slower economic expansion in China, where the government is attempting to apply the brakes to runaway credit growth, has negative consequences for nearly all emerging markets, particularly those that export commodities. Meanwhile, mass protests in Brazil and Turkey, together with a political crisis in Egypt, have underlined the potential for instability.

On Tuesday, the International Monetary Fund added its voice to the chorus when it released new projections for the world economy, emphasizing its forecast for slower growth in emerging markets. There have been "continuing growth disappointments" in major developing economies, it said, driven by factors such as infrastructure bottlenecks and lower commodity prices.

That economic growth in emerging markets – the sprinters of the global economy – should disappoint investors, sometimes by a considerable margin, can be difficult to digest. Mr. Sharma of Morgan Stanley points to Brazil in particular, which had a stellar run over the past decade, but whose economy expanded by just 1 per cent last year.

In Brazil, Russia and South Africa, he noted, economic growth this year isn't looking much better than in the U.S., where per capita income is several times higher. The IMF expects those three countries to expand by between 2 and 2.5 per cent; it predicts the U.S. will grow by 1.7 per cent.

Some analysts, as a result, have recommended that investors turn their attention back to the world's largest economy. In a report last month, Barclays had a suggestion for those who had sought out emerging-market bonds as a source of higher yields – go after junk bonds in developed markets instead.

"This whole thing is about the U.S. speeding up," noted Mr. Rolley of Loomis Sayles. To a certain extent, investors are rotating to "a less bullish view of China and a more bullish view of the U.S."

The end of BRICs?

The reassessment of emerging markets is long overdue, say some investors, who argue that the BRIC grouping was useful as a way to focus attention, but not as the basis for investment decisions.

"You never invest on size alone," said Stephen Jen, who heads SLJ Macro Partners LLP, a currency-focused hedge fund in London. "You don't invest in teenagers who are big and bulky and assume they'll be the future leaders of America … and that's exactly what investors have been doing. Now they have to sit back and think."

That means evaluating developing economies on their individual merits, which can produce some unexpected candidates for investment. Mr. Sharma of Morgan Stanley pointed to the Philippines, which was the fastest-growing of the twenty largest emerging markets in the first quarter of this year. Another favourite among investors: Mexico, which benefits from exposure to the U.S.

(Of course, the love of acronyms persists: in recent months, analysts have suggested new ones tailored for the times, including MIST – Mexico, Indonesia, South Korea and Turkey – and CIVETS – Colombia, Indonesia, Vietnam, Egypt, Turkey and South Africa).

"There are some emerging markets which will do well and some which will do poorly," Mr. Sharma said. But treating them as "if they're homogeneous entities is just wrong." 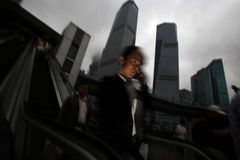 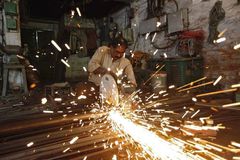 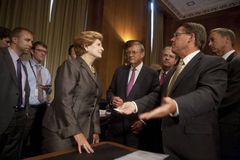 Brazil’s middle-class anger could be a sign of things to come
July 12, 2013 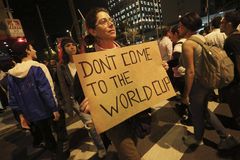