A broad-cross section of Canadian businesses – from cattle ranchers and grain exporters to small-scale manufacturers – applauded Canada's signing of the Trans Pacific Partnership, a monumental trade deal that will open up new export opportunities in a number of fast-growing markets along the Pacific Rim.

The deal – signed Monday following negotiations that stretched over the weekend between 12 nations representing 40 per cent of global GDP – has the potential to dramatically reshape Canada's trade landscape. It will gradually reduce steep tariffs on a number of Canadian exports to developed markets such as those of Japan and Australia, as well as emerging markets such as Malaysia and Vietnam, and at the same time open up Canada to a range of tariff-reduced imports from those countries.

Outside of a few sectors in Canada that will face bruising new competition from Japanese and U.S. companies – such as Canadian dairy farmers, domestic automobile-makers and car-parts manufacturers – many businesses were hopeful that the TPP deal would give their businesses and sectors new momentum.

"From our perspective, agreements that work to remove tariffs and other barriers to our products are good news," said Wayne Guthrie, a senior vice-president for sales and marketing at Canfor Corp., one of Canada's largest forestry companies. "About $1-billion in Canadian forest products were subject to tariffs last year, so we are hopeful the TPP will improve access and eliminate unfair treatment of Canadian products in key Pacific markets."

For many exporters in Western Canada, the best part of the new trade deal was clearly better and cheaper access to Japan, the world's third-largest economy after the United States and China – the latter of which is not part of the TPP. Betty Lou Pacey, who founded a firm that offers optical fiber lights and other lighting products in Vancouver, said that just last week she had a meeting about hiring new staff – including one who could speak Japanese. "I do feel that it will provide opportunities for us to grow as a company," Ms. Pacey said of the new trade deal.

For ranchers in Alberta, too, TPP offered the prospect of reduced tariffs and better access to 127-million Japanese consumers, many of whom are wealthy and discriminating buyers of seafood and beef. For Doug Sawyer, a fourth-generation cattle farmer near Pine Lake, Alberta, the trade deal promised a chance to catch up with cattle ranchers in Australia, which had already struck a bilateral partnership with Japan that reduced the steep tariffs that protected Japan's dwindling number of ranchers – who produce extremely high quality, intensely marbled wagyu beef.

"This is a huge deal for the beef industry," said Mr. Sawyer, who also sits on the foreign trade committee of the Canadian Cattlemen's Association.

"Before our exports were to Calgary," he joked, before noting that roughly 50 per cent of what Canadian beef producers put on the market is exported around the world. "At present, we're selling about $100-million a year into Japan at a 38.5-per-cent tariff. As the deal progresses, and the tariffs come down, we feel we could double or triple that," he said.

The Mining Association of Canada welcomed the deal, saying it provide greater access for metals and minerals producers. The sector exported an average $158.6-billion (U.S.) per year to members of the TPP deal. Canadian exporters face tariff walls in key countries, including 40 per cent in Vietnam and 50 per cent in Malaysia.

"This will be beneficial to Canada's mining sector," association president Pierre Gratton said. "I am not expecting any downside.… The risks to our sector would come from Canada pulling out."

But not all Canadian industries looked forward to TPP coming into effect. For some producers in Canada's protected dairy sector, the deal could spell disaster. It is for this reason that Canadian dairy farmers and auto-makers lobbied intensely against the bill, as did Japan's farmers – who fear their smaller operations would be bankrupted by large U.S. agri-businesses flooding their market with cheaper, inferior products.

But Yuen Pau Woo, a fellow at Simon Fraser University's Jack Austin Centre for Asia Pacific Business Studies, notes – like Mr. Sawyer, who is already behind Australian competitors – that even if the fine print of the trade deal is not yet known, Canada would likely be left behind if it had been frozen out of the TPP.

"It is impossible to know if Canada negotiated a good deal or not until we see the final TPP agreement. But we will almost certainly be worse off outside the deal than in it because of the erosion of our NAFTA preferences," said Mr. Woo.

Of course, not every industry sees immediate benefit from the TPP. At Burnaby, B.C.-based Ritchie Bros. Auctioneers Ltd., the world's largest auction house for used industrial equipment, CEO Ravi Saligram said TPP could "buoy the overall Canadian economy" as businesses make new investments and build new infrastructure to handle the increase in trade, but that it wouldn't have a clear impact on Ritchie's.

"We don't expect it will have an immediate or direct impact on our business," Mr. Saligram said. "Cross-border transactions in used machinery, which Ritchie Bros. specializes in, are impacted most by non-tariff trade barriers such as differing emission standard certifications, and it's still unclear whether these barriers would change with the new proposed trade agreement."

And although the biggest markets for Canadian grains, pulses and oilseeds remains China and India, not signing the TPP agreement would still have left producers on the Prairies out of fast-growing markets such as Vietnam and Malaysia, as well as at a disadvantage selling into mature economies such as Japan and the U.S.

Tories did lousy job explaining TPP to Canadians
May 15, 2018

What is TPP? Understanding the new Pacific trade deal
November 12, 2017 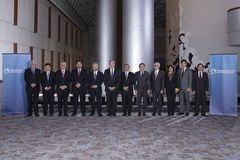 TPP deal could be a boon for Harper, Mulcair – for entirely different reasons
May 15, 2018

Follow Iain Marlow and Shawn McCarthy on Twitter @iainmarlow @smccarthy55
Report an error Editorial code of conduct
Due to technical reasons, we have temporarily removed commenting from our articles. We hope to have this fixed soon. Thank you for your patience. If you are looking to give feedback on our new site, please send it along to feedback@globeandmail.com. If you want to write a letter to the editor, please forward to letters@globeandmail.com.
Comments