The Democratic Republic of the Congo, the vast war-torn country in the heart of Africa, has fascinated the world's miners for decades. Its reputation for violence and corruption has long deterred most investors – but a growing number of Canadian miners are now convinced that the rewards outweigh the risks.

Companies such as Ivanhoe Mines Ltd., Banro Corp. and Alphamin Resources Corp. are expanding their operations in Congo, betting that the country's huge mineral resources and improving transport links will unlock profits. Political unrest and lawlessness, however, are still major concerns for many companies in the country.

Congo's enormous mineral wealth has been estimated to be worth trillions of dollars. With more than 1,100 minerals and precious metals identified, including the world's largest cobalt reserves and huge deposits of gold and copper, it has "the potential to become one of the richest countries on the African continent and a driver of African growth," the World Bank says.

Toronto-based Banro has been mining in the eastern region of Congo since 2012, when it created the country's first modern gold mine. It produced nearly 200,000 ounces of gold at its two mines last year, and it forecasts production of up to 240,000 ounces this year. But recent outbreaks of violence at its two sites have cast a shadow over its operations.

In an incident last month, three mine police officers and a robber were killed when a group of armed robbers tried to enter the gate of Banro's Twangiza mine site. A few weeks later, on March 2, suspected militiamen kidnapped five workers at Banro's Namoya mine site, including a French national, a Tanzanian and three Congolese.

The company is undeterred by the attacks. It has long-term plans to double its gold production by developing two more mines nearby, and it is exploring for more deposits in the 210-kilometre-long region where it has licences.

He acknowledges that Congo's political conflicts, including a delayed election, have created uncertainty and a power vacuum. But this is outweighed by Congo's advantages, including the trainability of its work force and the accessibility of government leaders, Mr. Clarke told The Globe and Mail in an interview.

Further south, in Congo's copper belt, Vancouver-based Ivanhoe is developing a huge copper discovery and a major zinc mine.

Ivanhoe's billionaire founder, Robert Friedland, says the company's high-grade Kamoa-Kakula copper project in Katanga province is "the discovery of the century" and could become the biggest copper mine in the world. It is already considered the world's largest undeveloped copper mine.

"It's transformative, and it gives you an idea of what else is maybe sleeping in the Congo," Mr. Friedland told mining investors at a conference in Cape Town last month.

"Canadian copper production is dying, but the DRC – which used to be largest producer of copper in the world – is suddenly producing over a million tonnes a year."

Improved transport will help. Much of Congo's infrastructure was damaged or destroyed during the chaotic years of long-ruling dictator Mobutu Sese Seko and the brutal wars after his demise. But a new Chinese-backed $1.9-billion (U.S.) project has rebuilt a 1,344-km railway between southern Congo and the Atlantic Ocean port of Lobito, in Angola. "This cuts our time to the sea by two-thirds," Mr. Friedland said.

"We also have new rail capacity heading south and east. The improvement of this African infrastructure will put Katanga on the world map."

Chinese mining company Zijin is paying $412-million for half of Ivanhoe's majority stake in the Kamoa-Kakula mine, while the Congo government has acquired a 20-per-cent share of the mine.

At another site in Katanga province, Ivanhoe is redeveloping the Kipushi zinc and copper mine.

"If we look at the world's biggest zinc mines … Kipushi has no rival in terms of grade and will rapidly be one of the largest zinc mines in the world," Mr. Friedland said. "Its production costs are near the bottom of the world cost curve, the lowest capital intensity due to the exceptionally high grades."

Katanga province has been relatively free of the violent rebellions that have plagued other regions of Congo. But rebels attacked Katanga's capital in 2013 and a separatist militia fought gun battles against the Congolese army about 30 km from the capital in 2014.

Alphamin banks on tin to secure Congo mine in war-torn region
October 6, 2016 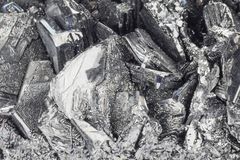