Yang Chao Fu has a half-finished painting taped to the wall of his small shop on the outskirts of Shenzhen. As he speaks, he leans back on stacked piles of completed canvasses, while others hang above him – pastoral vistas, galloping horses, angels, Parisian street scenes.

But Mr. Yang is no starving artist. Outside on the pavement, six more oil paintings hint that Mr. Yang has little but money as his muse, like most of the other owners of so-called galleries here. Each canvas laid flat on the ground is identical – a vase with purple and white flowers – and each corresponds to one of the many photographs scattered across Mr. Yang's desk. These images were sent by a gallery owner in France, who has ordered 200 such paintings at roughly $26 (Canadian) apiece.

"I'm sure he'll sell them for at least €100 [$137]" Mr. Yang says as he leans up against a stack of oil paintings produced by his artists-for-hire – which include impressionists, realists and those who excel at classical Chinese painting. "I have about 10 workers who paint for me, who work everyday. They get paid by the painting."

There are about 1,100 stores like Mr. Yang's here in Dafen village, which has grown since the late 1980s from a small community of 300 people on the outskirts of Shenzhen into a bustling nexus for a global trade in oil paintings. Though far removed from the fine-art auctions of Hong Kong, the flurry of commerce in Dafen is one of the most brazen manifestations so far of the world's appetite for buying Chinese art.

This so-called "village" is now on Shenzhen's subway system, employs about 6,000 painters and is located only a few hundred feet from a gigantic Wal-Mart – a fitting commercial signpost for this market of pre-painted Van Goghs, celebrity portraits (mostly Chinese politicians), classical Chinese paintings and renditions of modern Chinese painters' now-iconic styles, such as the wide-mouthed cartoonish grins of artist Yue Minjun.

Tucked inside a tiny cubby hole painting space, 31-year-old Bao Jin Song explains that the buyers roaming past the framers and government-erected statues of European artists in the alleyways and streets here vary widely. Some are members of the middle class or the Chinese nouveau riche, who are interested in custom-painted family portraits to hang on the walls of their new suburban houses; others are hoteliers seeking oil paintings in volume, or business people interested in festooning their workplaces with portraits of Chinese leaders.

When Mr. Bao arrived here in 2004 after graduating with an undergraduate degree in painting, Dafen was a simple village, and success wasn't assured despite the government's obvious interest in promoting it as a tourist site. Now, as he dabs his brush at a mock Mona Lisa and people drift by into nearby cafés and restaurants, casually inspecting massive gold frames and paintings, Mr. Bao says he enjoys the steady hours and regular work that come with Dafen's unapologetic concentration on profiting from art.

"I live across the street from Wal-Mart – I come here and paint during the day so people know I do it," Mr. Bao says. "When I'm painting by myself – not for orders – I also paint what I think would sell."

And sell it does. In 2010, the industrial-strength painting output of "Dafen Oil Painting Village," as the government refers to it, reached 550 million yuan – roughly $86-million. Spinoff and related industries in the district were double that, at around 1.2 billion yuan. More than 60 per cent of the orders come from foreigners.

As a result of its success, the government has poured additional investment into the community, and a large art museum has been erected nearby (though locals say the quickly-built roof leaks on the top floors). The village has also been promoted at the national level: For a pavilion at the Shanghai Expo last year, 507 Dafen painters created hundreds upon hundreds of oil painting tableaus that together formed a giant Mona Lisa, or the DafenLiSha, as it was called.

Still, not everyone is as proud of Dafen as the government. Some local artists find Dafen's abject commercialization of art grotesque, a cartoonish extension of the broader cash-soaked Chinese art market – which has doubled in value since 2009 to become the world's second-largest art market after the U.S., accounting for roughly 23 per cent of the global fine-art trade.

Speaking over tea near the top of Wusong mountain, where a small community of artists has relocated just outside of Shenzhen, experimental musician and architect Shen Pi Ji is more skeptical about Dafen's artistic value.

"Dafen is a show put on by the government; there's no relationship to art whatsoever," Mr. Shen says as he repeatedly pours tea into the small cups of his friends, which include a sculptor and experimental sound artist.

His friends nod as he speaks. One compares Beijing, where much of the art market is focused, to a "big Dafen," and several point out that Shenzhen, which is still a young city by Chinese standards and overrun with people who weren't born there, is a much better place to practise their art without commercial interference.

Yet Shezhen has always been a commerce-focused city, having been transformed from a sleepy fishing village into one of China's first Special Economic Zones, or SEZ. And though the economy is dominated by the export-oriented manufacturing that still defines China's modern economy, Shenzhen is host to several innovative young design firms, such as Urbanus, which has built buildings all over China and exhibited in New York, Rotterdam and Sao Paulo.

"At this point, the most interesting thing is Dafen, but this is a young city – most of the people are young, a lot more educated and a lot more open," says Chaomei Dong, who works with the organization responsible for putting on Shenzhen's biennale. "When I decided to move here, everybody was like, 'Why are you moving to Shenzhen?' But I think that this place has a really bright future." 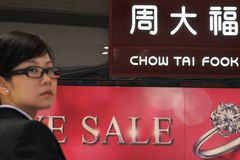