On a bright day last winter, the managers of Wanlong ski resort in northern China decided it was the perfect time to take aerial photos of the mountain. The bird's-eye view revealed something strange: The parking lot was packed but the ski runs were empty. At ground level, the mystery was easily solved: Visitors had ditched their skis to dine on braised pork in the restaurant, play cards in the tea house and go for foot massages in the spa.

On the face of things, the skiing industry has boomed in China. The country had fewer than 10,000 skiers and nine small skiable hills in 1996. That swelled to about five million skiers and 186 possible destinations at the end of last year, according to the Chinese Ski Association.

Those strong numbers are deceptive. There is still little in the way of a dedicated skiing community in China. So when it comes to selling lift tickets or chalets, it has been a painful decade for the developers of Chinese ski resorts.

They have had to learn the hard way that what might be considered après-ski activities elsewhere in the world must be in-lieu-of-ski activities in China if they want to attract crowds.

"Skiing in China is just at the point of takeoff. I'd say that 99 per cent of ski resorts are losing money. No one is making a profit," says Zeng Mingsen, sales director at Wanlong, about four hours' drive from Beijing.

Rather than throwing in the towel, though, developers are now upping the ante. Still clinging to the promise of the Chinese market, they are building bigger, better resorts that they believe are more in line with local tastes.

At Wanlong, construction crews have spent the summer and autumn giving the facilities a facelift. The lodge at the base of the mountain has added a sunroom and new restaurants to cater to those who prefer to spend their day inside eating rather than skiing. The main hotel has expanded its spa with a jade-floored steam room. The priciest mountainside villas have been spruced up with mahjong tables.

Those improvements are modest compared to the ambitions of other resorts in China. In the far north, Yabuli, the country's biggest established resort, has partnered with Club Med and aimed for a broader customer base, plugging its horse sledding and yoga as much as the mountain itself.

"In the past, we concentrated on the skiing. Now we are mainly focused on being an all-round winter resort. Only 48 per cent of our visitors last year actually came for the skiing," says Patrick Cao Yue, executive vice-president of Mountain China Resorts, the developers of Yabuli.

That is also the approach at Changbaishan. On the border with North Korea, it might not seem the obvious choice for a winter resort but it is the tallest mountain range in northeastern China and already popular among tourists.

Wanda, a major Chinese property company, is developing a vast ski resort at Changbaishan that it says will be able to host Olympic-calibre events. But it is the extras – a shopping street, a conference centre, a theatre, a museum dedicated to mountain shamans – that it is counting on to draw the crowds.

Apart from the food coming out of their kitchens, there is little that marks the hotels and villas at China's winter resorts as distinctively Chinese.

"Skiing vacations as a concept come from Europe and America. This lifestyle is not something that China invented," Mr. Cao says. "People come because they want a taste of that.

"Getting a Canadian or an American visa might be too remote, but here they can see a place that looks a bit like Whistler – they can get that experience."

The villas for rent in Wanlong are testament to that desire. Baseball and soccer crests are tacked to the wall and a deer head is mounted above the fireplace with a rifle opposite it. All are obviously fake but they at least lend something of a rustic air to the living room. More worrying are the omissions. Despite the imitation of western ski lodges, the villas have no extra room to store skis and jackets.

Skiing is not entirely an afterthought. Resorts still advertise it as a core part of the Chinese mountain experience. And they have adapted their offering to a public that is by and large still learning how to make it down the slopes in one piece.

John Jeakins, chief executive officer of Hospitality Associates, a design and services group for hotels and ski hills in Asia, is well aware of the perils. Having overseen ski operations at five resorts in China, including Yabuli, he developed a screening procedure.

"We interviewed people who were queuing for the chairlift to determine if they were qualified to ski down the more advanced runs. We turned away many people," he says.

"People didn't think about their safety so much; they would just get on it and go. We would place our ski patrol throughout the various runs to pick people up, give them a few tips and help them on their way."

Industry veterans from the Rockies and the Alps who were hired to build pistes have also had to tone down their visions. Mr. Jeakins describes the frustration of one designer who built an elaborate terrain park for skiers and snowboarders to perform tricks, only to find that people preferred to use the jumps and half-pipes as perches to stop for snacks on their way down the mountain.

Another local quirk is the length of the ski outing. With a half-day of skiing, never mind a full day, seen as the preserve of hard-core enthusiasts, many resorts have taken to selling tickets by the hour.

Whether all these lessons add up to a successful model for ski resorts in China is yet to be seen.

The original strategy for Mountain China Resorts was to use its investment in the Yabuli ski hill, from new lifts to snow-making equipment, to sell property. In the first phase of development, it built 55 mountainside villas but it has struggled to sell them.

After making its debut on Canada's TSX Venture exchange in 2008 at more than $3, Mountain China Resort's shares now trade at just 20 cents. That bitter experience has not deterred other companies from placing even bigger bets on the ski market in China.

At Changbaishan, Wanda is leading a group of companies to invest 20 billion yuan ($3.2-billion) in the resort. They plan to build a town at the foot of the mountain for 300,000 residents.

They will face stiff competition from another, entirely separate resort not far down the road. VXL, a Malaysian developer, plans to spend $6-billion over the next decade to build Secret Garden, an adventure resort with 82 ski runs and 2,700 hotel rooms. The first phase is scheduled to open this winter.

The various resorts will also be fighting with each other to attract mega-conferences. Yabuli was the first to fashion itself as a Chinese-style Davos, hosting an annual China Entrepreneur Forum.

Changbaishan is vying for that title now, saying that its plans for a Chinese entrepreneurs' forum will make it the true heir to the Swiss resort. At Secret Garden, there is no talk of Davos but there are blueprints for a 3,000-person convention centre.

And then, of course, there is the question of whether there will ever be a critical mass of skiers at any of these resorts, let alone all of them simultaneously. For a man who is overseeing so much new investment, Zeng, the Wanlong director, could not conceal the wariness in his outlook.

"Skiing has developed steadily but not remarkably over the past few years. Now it seems to be growing more quickly, though when the situation will really get better, I can't say. So much depends on the economy."

The Yabuli resort is selling 55 townhouse-style villas in its first phase of development.

Yabuli has 30 kilometres of pistes

Gstaad has 250 kilometres of pistes

Townhouses are available at Whistler with direct ski-in, ski-out access to Whistler mountain and Blackcomb mountain.

Whistler has 216 kilometres of pistes 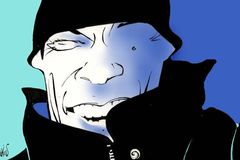 Under a ski hill, something’s rotten in state of Denmark
February 10, 2011
Canada's ski resort designer to the world
October 13, 2010 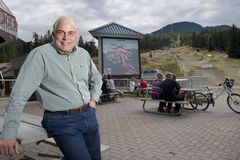