It is known simply as the Blue, the largest flawless vivid blue diamond ever sold at auction, a pear-shaped gem weighing in at 13.22 carats.

The two sales, which come after a rare orange diamond called the Orange sold for a record $35.5-million in November, are drawing attention to the growing demand for investment-quality coloured diamonds among the world's richest investors.

Daniel Struyf, a jewellery specialist at Christie's in Geneva, said there has been a notable increase in buyer interest in coloured diamonds, and recent auctions are drawing investors from Asia, the U.S. and other regions. Prices "are going up and up," especially for rarer colours such as blue, he said.

"We're getting more and more people from around the world bidding at our auctions," he said in an interview.

Coloured diamonds account for just 0.01 per cent of all diamonds and become coloured when other elements such nitrogen or boron are present as the diamond is forming. Their recent high auction prices are driven by the quality and rarity of the coloured stones that have come available for sale in recent months, Mr. Struyf said.

The Blue is utterly flawless, which makes it far more valuable than even a slightly lower tier of diamond.

Sotheby's said the daffodil-coloured Graff Vivid Yellow diamond, which is 100.09 carats, eclipsed the prior record price for a yellow diamond of $12.4-million set in 2011 for the Sun-Drop diamond.

"One hundred carats is a magical number when it comes to diamonds," David Bennett, chairman of Sotheby's Switzerland, said in a statement following the sale.

Yaniv Marcus, a New York-based investment strategist at Leibish & Co., a gem firm specializing in fancy coloured diamonds, said coloured diamonds have become more popular with a broader group of investors as more people learn about them from the Internet. Until the late 1970s, they were worth less than colourless diamonds, but the trend reversed as people began to appreciate their rareness.

The hottest market for investment purposes are diamonds worth $100,000 to $500,000, Mr. Marcus said, which is a price range where investors can better afford the gems and also can more easily find a buyer if they decide to sell.

His firm's analysis shows coloured diamonds have outstripped all major stock market indexes over the past 18 years based on their rate of return to buyers, Mr. Marcus said.

Mr. Marcus said investment-grade diamonds are not necessarily bought by investors who intend to keep them locked in a safe until reselling them for a profit. Those gems that are in settings, he said, are at least occasionally worn by their purchasers, who are often jewel lovers.

"Obviously we're not exposed to the type of events that these people attend to wear these things, so that's why you may not hear about it," he said. "These individuals are also very secretive, private individuals. They're not in the spotlight."

While the buyer of the Blue was on the phone, Mr. Marcus said purchasers are often present in person.

"Normally, they'll be at the location because there is an emotional connection to that diamond, and they want to feel that rush when they say, 'Sold,' " he said. "At these levels, it's really beyond high-net-worth individuals… It's a completely separate class of their own."

Editor's note: The Blue, a flawless vivid blue diamond,  sold at auction for $23.8-million (U.S.) to Harry Winston Inc.  An incorrect price appeared in an earlier online version of this story.

Diamond miner's stock 'going in exactly the right direction'
May 5, 2014 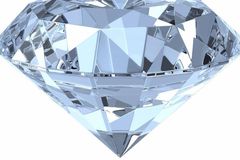 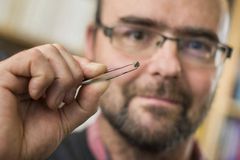 Nothing is forever with this diamond miner
January 16, 2014 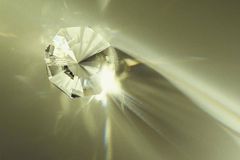