Like many small-business owners, Adrien Lavoie started out in his parents’ basement. Years working at a bike company gave him insight into selling products online, something he began doing himself with other items on eBay as a hobby. That pastime morphed into a venture, with the Gatineau, Que., native selling something he was more passionate about: skateboard gear.

A few orders in, Mr. Lavoie learned a valuable lesson: Delivering skateboards and longboards to customers around the world has its challenges.

“Skateboards and longboards are bulky and big,” he says. “They’re expensive to ship. So I switched to skateboard shoes. You can ship them anywhere in the world at a much lower price, and I could make as much or even more of a profit.” 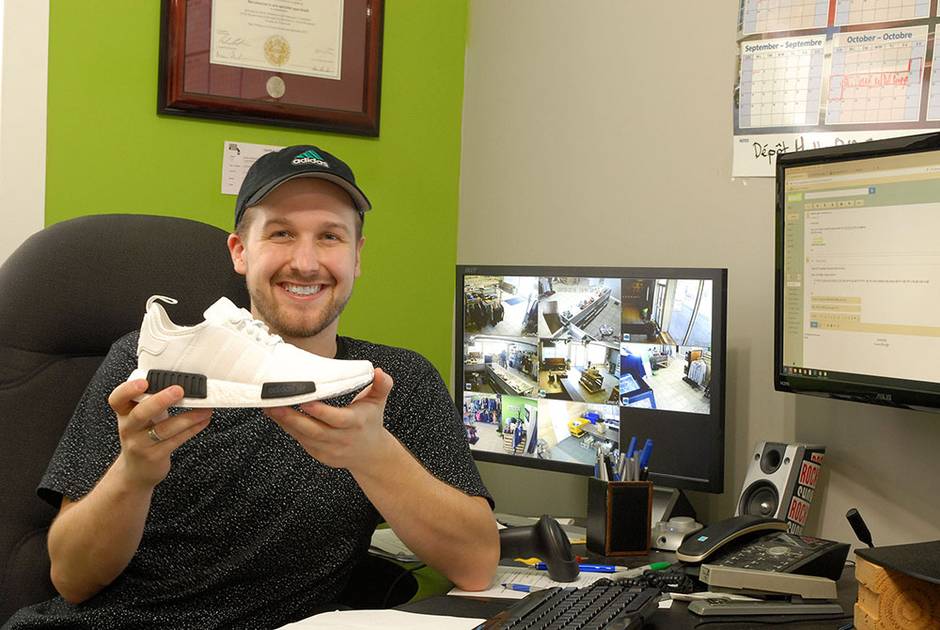 Gatineau, Que., native Adrien Lavoie, founder of skateboard-wear retailer Wooki, attributes the success of his business comes down to two key factors: being able to sell online, and to deliver anywhere in the world. (Photo courtesy of Wooki)

As the founder of Wooki, which officially launched in 2011 and is projecting $750,000 in sales for 2016, Mr. Lavoie carries kicks for cool kids, brands such as Adidas Originals (including Stan Smiths), Asics, and Reebok. He has branched out to carry other products as well, such as hoodies, ball caps, backpacks, sunglasses, earphones and more.

The success of his business comes down to two key factors: being able to sell online – which, thanks to eBay, accounts for nearly 95 per cent of his sales – and to deliver anywhere in the world. Wooki ships to 45 countries, including Australia, France and Israel.

Exporting can be a boon to businesses. Owners of small and medium businesses who export reported an average of nearly 60 per cent more in sales than those who don’t, according to a recent eBay Inc. survey, the October 2016 eBay Canada SMB Optimism Index. 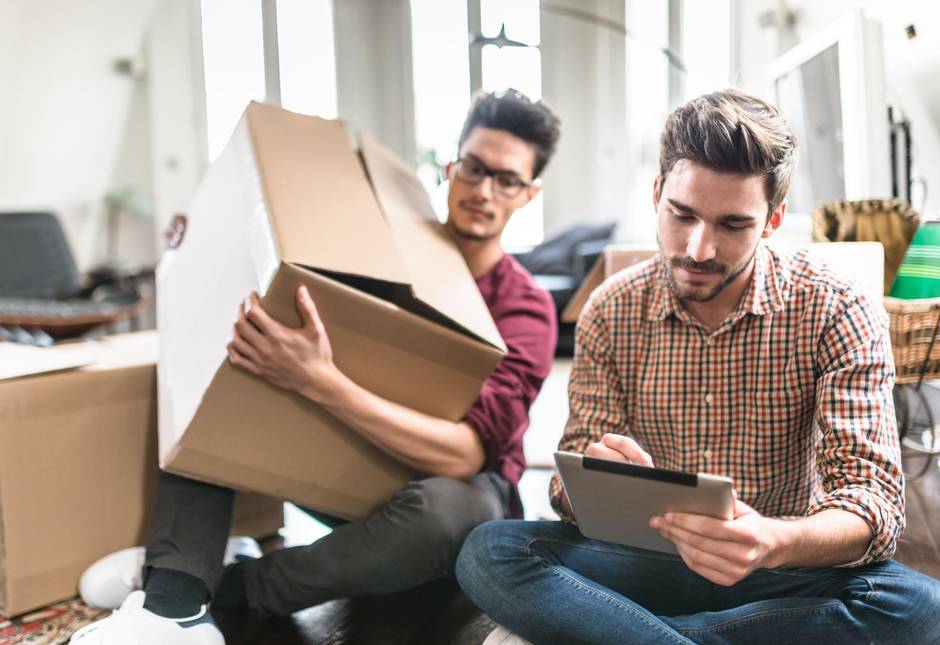 Meanwhile, 61 per cent of Canadian SMEs said exports are the key factor for continued growth and success in a global market in UPS Canada’s sixth annual Small Business Challenge survey conducted by Leger. Nearly one quarter of SME executives said they plan to expand internationally: 61 per cent are aiming to do business in Europe, while another 42 per cent are looking at South and Central America.

Yet while shipping may seem like an obvious facet of any modern company, it presents as many challenges for small-business owners as opportunities. Having to offer free or low-cost shipping is just one of them.

Mr. Lavoie offers free shipping throughout Canada and to the United States, while he charges $20 for international customers – down from his initial charge of $50. Reducing the price has made a tremendous difference to his international sales numbers, and although the move means a lower profit margin, the way Mr. Lavoie looks at things, it is still money he didn’t have in his pocket beforehand.

Then there are other potential headaches that arise from hawking products to far-flung places. In an age where people expect to be able to track their purchase day by day, dealing with delivery options in small or emerging markets has proved eye-opening for Mr. Lavoie.

“If you’re shipping overseas, people like to know their package is in transit to their destination,” says Mr. Lavoie, who has a commercial account with Canada Post, which he says has been very effective. “Some countries don’t have the same infrastructure we have here. Some have really bad postal service, or the transport is super slow.”

He adds, “There are also different import laws, and you might have to pay big import fees.” This leaves him with the choice of either warning customers or not shipping to those countries.

If a customer has to return a product, that can pose problems; if a product exceeds the import limit of about $20 imposed on goods from any country, including the United States, they are subject to import fees on this side of the border. “Returns and exchanges are extremely difficult,” Mr. Lavoie says. “It’s not a great rule to have for small-business owners.” 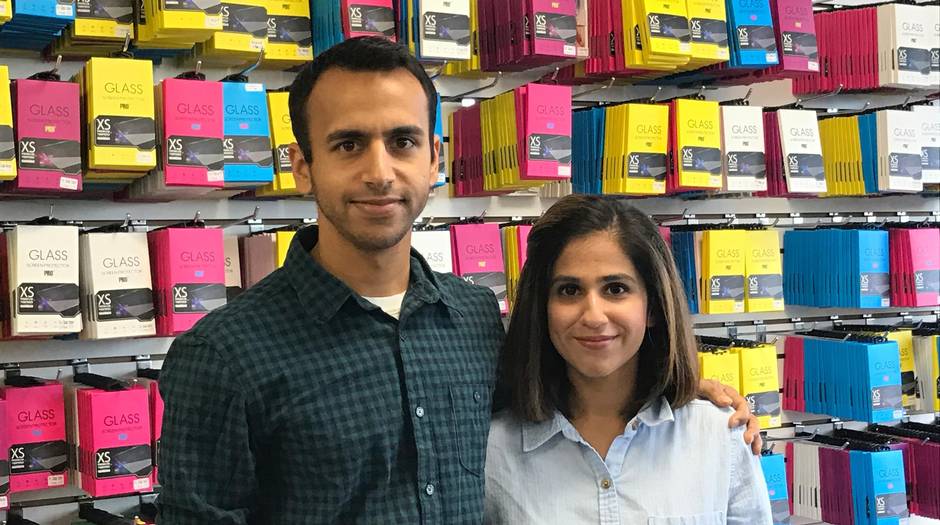 Jawad, left, and Nadia Shuaib, founders of Toronto-based Budget Electronics, find shipping their products via international letter mail makes sense for them, as the items are small, lightweight and easy to package. But competing with Chinese companies' low shipping costs is a major challenge. (Photo courtesy of Budget Electronics)

Other shipping issues have cropped up for Jawad and Nadia Shuaib, who make up the husband-and-wife team behind Budget Electronics. The Toronto-based company sells cellphone accessories, such as cases and chargers, worldwide. Mr. Shuaib, a software engineer, started the business out of his apartment in 2008, with so many gadgets laid out on a simple table. Now, the two are expecting sales of $1-million next year and have two other divisions via Gadgets2Go and eBay. They ship to several countries, including Greece, Ireland, Italy, Bolivia, Panama and Israel.

Mr. Shuaib says the physical characteristics of the company’s products make shipping fairly straightforward; items are small, lightweight, easy to package, and can be sent via international letter mail. (The couple also says the company has an excellent relationship with Canada Post.)

“The real challenge is competing with other international sellers,” he says. “Nobody can really beat Chinese suppliers on shipping costs. Shipping [for Chinese companies] costs next to nothing because it’s subsidized. So that means there are other things we have to be better at, like communication and delivery.

“When customers order from China, it could take over 30 days for a product to arrive,” he adds. “We can at least offer fast delivery. Usually people who shop online just want their things as quickly as possible. They don’t mind paying a higher price as long as they’re getting it fast. If people want a tempered glass screen protector for their cellphone, they’re not going to wait 30 to 50 days for a product.”

Marie-Elaine Beaudoin, business consultant in international expansion with the Business Development Bank of Canada (BDC), says that shipping considerations can’t be overlooked when it comes to companies developing export and market-entry plans. Fuel prices, International Commercial Terms (globally accepted three-letter trade terms) and security initiatives can all affect total shipping costs and need to be monitored on a continuing basis. The means by which products are shipped can make a big difference to market selection.

“The decisions also depend on the area where you will ship,” she says. “If you’re shipping to a very remote area it can be more complicated; there will be intermodal transport, maybe by ship, by train, by truck, by boat, then by train or truck again. It could be a long journey, and to keep track of shipments can be a headache.”

However, companies known as freight forwarders, some of which provide cargo insurance, can help take that potential headache away. Customs brokers could be key business partners as well: non-compliance with international customs and security regulations could lead to fines, penalties, impounded products and even restricted access to global markets.

“The documentation for some countries, especially in emerging markets in Africa, the Middle East and some parts of Asia, can be extremely complex,” Ms. Beaudoin says, adding that companies also need to have the Canadian Chamber of Commerce certify shipping documents, including a Certificate of Origin, every time they ship. “You need to learn about all the documentation required, and it’s better to know before you decide to ship or before you negotiate a price with the customer. If at the end of the day those fees and costs eat all your margins, it may be not a good idea to export.

“It’s all about strategy and planning,” she adds. “Exports can be fantastic and an incredible growth opportunity. But if business owners want to achieve their goals, they have take a step back and do their homework.”