Cognac has become the latest casualty in China's war on corruption, a nationwide crackdown that has squeezed the country's once-plump luxury goods market.

Shipments of the French brandy to Asia, in particular China, have fallen sharply in the past year. Both the volume sold and the total value of shipments dropped around 20 per cent, according to French-based trade group National Interprofessional Bureau of Cognac (BNIC). The Chinese slowdown played a major part in an overall decline in global sales of cognac, with shipments down nearly 7 per cent in the past year and total value falling 10 per cent, the BNIC said. And that came after three years of record sales.

The decrease hasn't been driven by a change in consumer tastes, but rather the Chinese government's efforts to stamp out exorbitant spending by officials.

President Xi Jinping began clamping down last year on the spendthrift ways of the country's government workers, from military officers to politicians and civil servants. The crusade has put the kibosh on giving flashy gifts such as high-priced cognac or leather goods from Louis Vuitton, which had commonly been offered by officials to sweeten deals.

The fallout has slashed the sales growth of many luxury goods to low-single digits, and China is expected to keep this "lacklustre" pace of growth for the rest of the year, according to a recent report from Claudia D'Arpizio, a partner at consulting firm Bain & Co.

Ms. D'Arpizio projects the luxury goods market in China will grow by 2 per cent to 4 per cent in 2014, which is in line with Europe and a slower rate than North and South America. It's a major change from China's 20-per-cent increase in market size between 2011 and 2012.

"The corruption crackdown is still reducing sales," the report said, noting that the stricter regulations were especially impacting gifting.

It's a tightening spigot that one of the world's largest luxury companies has seen first-hand. In its most recent quarterly results, Paris-based LVMH Moet Hennessy Louis Vuitton SA, maker of Hennessy-branded cognac, cited heavy destocking of French brandy in China. The company attributed this to "anti-extravaganza measures" – a term used to describe the Chinese government's limitations on extravagant spending. The company's Louis Vuitton fashion line also saw softer sales in China in the quarter.

The financial results of other cognac-selling companies, such as Rémy Cointreau SA and Pernod Ricard SA, have also shown the Chinese market is a challenge. Fashion house Prada Group, and luxury giant Compagnie Financière Richemont SA, owner of Montblanc, Cartier and Van Cleef & Arpels SA brands, have also been showing similar signs of strain in China.

"This famous gifting issue has impacted our business in China especially for most of our brands, because most of our brands were the most regarded and offered as a gift," Richard Lepeu, co-CEO of Richemont, said on a recent earnings call.

It wasn't long ago that China was seen as the future for luxury goods, as incomes there rose while Western shoppers pulled back because of the recession.

But now the region has cooled off and the world's luxury market is entering a more mature phase. Retailers are reshaping their strategies in China from lengthening store hours to offering discounts in order to entice more customers to spend as growth slows down.

Some luxury producers are navigating the headwinds better than others. Burberry Group PLC's past quarterly results showed double-digit sales growth in mainland China and Hong Kong. The company's chief financial officer, Carol Fairweather, attributed this in part to targeting younger consumers and connecting with them digitally. The retailer is still betting on Asia to help drive growth and opened its first flagship store in Shanghai earlier this year.

Even more important than these strategic changes will be maintaining a reputation for quality. "Consumers are so much more discerning now in China," said Milton Pedraza, chief executive officer of research and consulting firm Luxury Institute LLC. Brands such as Hermès, Bottega Veneta, Chanel and top-tier liquors are standing out with the Chinese consumers because they are truly unique and exclusive.

Tariffs and other charges often make luxury goods more expensive in China than abroad, leading many Chinese to buy their leather goods and other luxe products on trips. This is one area Canada benefits, as wealthy tourists flock to Toronto and Vancouver to shop, Bain's report notes.

Unless a housing bubble or debt crisis threaten the Chinese economy, luxury brands may have seen the worst of the slowdown.

"I think by the end of the year we'll be in a different mode. I think the government will have flexed its muscles, it will have made its point," Mr. Pedraza said. "There's a lot of pent-up demand out there."

The government could risk encouraging a larger black market for goods if its purchasing limitations go on too long or become too stringent, he added.

And industry heavyweights such as LVMH are also betting the government sanctions will ease up in the future. The company is building out its cognac-production capacity in anticipation of future growth. "This will help the brands be in a good position when the destocking in China subsides, although this is expected to continue through the second half of the year," said Chris Hollis, director of financial communication, on a conference call. 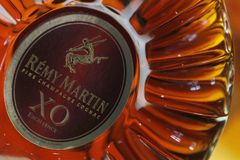 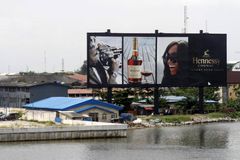