A sharp drop in Brazil's financial markets signalled investors are unsure whether the newly re-elected President Dilma Rousseff will take the necessary steps to reinvigorate the country's stalled economy.

Bovespa fell 6 per cent in the opening minutes of trading and finished the day down about 2.8 per cent. Petrolio Brasileiro SA, the national energy firm, was the biggest loser, with shares down 12.3 per cent. The Brazilian real sank to its lowest value in nine years to 2.52 against the U.S. dollar.

On Ms. Rousseff's watch, the Brazilian economy – the world's seventh largest, long considered one of the most promising emerging markets – has run out of steam and contracted in the past two quarters.

While global factors, particularly China's diminished appetite for commodities and food exports, have caused some of the problem, Ms. Rousseff's administration is also widely criticized here for its statist approach to economic management. The government has maintained artificially low prices on fuel and other staples, a policy popular with its low-income base, and high spending rates that have eaten away the budget surplus.

Ms. Rousseff now faces a host of big challenges. There is a critical nationwide drought that threatens not just water supplies but also electricity generation, and she has a narrower mandate than any president since the end of the dictatorship. But the biggest by far is the state of the economy. She was unusually conciliatory (by her standards) in her victory speech on Sunday. But while Brazilians from across the political spectrum seem certain of what steps she should take to reignite growth and woo investors – far fewer seem certain she will take them.

"The biggest uncertainty is who will manage the Ministry of Finance for the next term: What we would like to see is someone who is more pro-market than what we have had so far," said Walter Novaes, a professor of economics at the Pontifical Catholic University of Rio de Janeiro. "Next year will be hard – the fiscal balance is in bad shape and the government will not be able to do too much because expenses are already budgeted. So we need someone to inspire entrepreneurs and the business community to invest."

Ms. Rousseff has said she will replace her current Finance Minister but refused, during the campaign, to say whom she would appoint, apparently out of a desire not to be seen to be pandering to the financial world. Her reticence contributed to the wild gyrations of the markets through the past few weeks. There is intense speculation about a short list of names here; the lead candidate is rumoured to be Nelson Barbosa, a former director in the Finance Ministry who quit over his disagreements with the Rousseff government.

But some analysts doubt whether Ms. Rousseff is actually prepared to appoint someone whose views don't dovetail her own – or whether she is prepared to stop acting as her own Finance Minister, as she was widely seen to do for the past four years.

"My hope is that they learned something in the last four years – they know their policy has not worked," said Fernando Cardim de Carvalho, an expert on the Brazilian economy with the Federal University of Rio de Janeiro. "This dramatic election result, so tight, probably scared them into thinking they can't find themselves in this position again."

But remarks Monday from Guido Mantega, the current Finance Minister, did little to boost confidence: He told reporters in Brasilia that the government's re-election shows that the majority of Brazilians approve of the current economic policy. He said controlling inflation would continue to be a priority going forward, and that "fiscal fundamentals" needed to be in order, but also emphasized the importance of continuing to expand employment and the internal market.

In a best-case scenario, Prof. Novaes said, the new finance minister will quickly articulate a plan to address "misaligned prices in the public sector," even at the risk of a temporary rise in inflation; cut back the huge government subsidy of credit; and will end the selective reductions in taxes for some industries, replacing that with a clearly articulated economic plan.

"We are not Switzerland, where you just need to fill a hole here or there – we are building the economy and we need to know what is the plan," Prof. de Carvalho said. "Investors don't know – if they're looking for the domestic market, fore example, how will they deal with the balance of payments problem? She needs to tell the population, This is the plan, we will take these steps to deal with inflation and the exchange rate."

But the turbulence will likely die away in coming days, and then the news is potentially good for investors, Prof. de Carvalho said. "Foreign investors know Dilma is not Chavez, Brazil is not going to be Venezuela – so what you are creating are very good opportunities for investors, particularly foreign investors," he said.

Among the leading candidates to become Brazil's next finance minister:

The most discussed candidate, currently a professor of economics at a university in Sao Paulo called the Getuilio Vargas Foundation, he is a former director in the Finance Ministry who quit after clashing with the Rousseff administration over her management of the economy.

President of Bradesco, one of the largest private banks in Brazil. In the hours after the election, he put out a statement saying Dilma Rousseff's victory speech showed a commitment to "dialogue and reforms."

An economist, co-founder of the Workers' Party and Ms. Rousseff's chief of staff. If appointed, it would be the most overt signal that she intends to continue to play a major role in managing the economy herself.

President of BNDES, the Brazilian development bank. An economist trained at the State University of Campinas, where Ms. Rousseff also studied, known for his development-oriented view.

Currently senior advisor on BRICS at the World Bank. He is also a graduate of Unicampe, but this would be a market-friendly choice.

Brazil slips into recession for first time in over 5 years
May 12, 2018 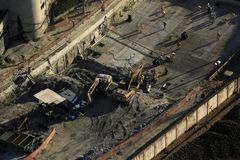 Rousseff’s pick for Brazil finance minister is key to regaining trust
May 12, 2018 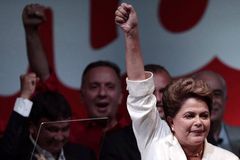 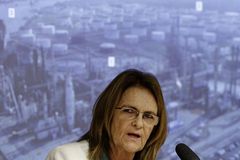