Over the past few years, Delta-Q Technology Corp. has seen brisk sales for its electric battery charging equipment. The devices are used for recharging construction equipment, scooters, and other electric-powered vehicles – including the carts that newly-empowered Chinese consumers use to zip around freshly-opened golf courses.

"A lot of [our] growth is coming from the exports that are going to Asia and Southeast Asia, as opposed to the exports going back to the U.S. or Europe," said Evan Sanders, vice-president of sales for the Burnaby, B.C., company.

But the growth patterns of the global economy are shifting, and so are the risks for businesses that have capitalized on the rising wealth of emerging markets such as China and Brazil. The World Bank on Tuesday released a major report noting that developed countries were "finally turning the corner five years after the global financial crisis" to become drivers of global growth in 2014.

That includes the United States, where better growth and falling unemployment are causing the Federal Reserve to pull back on stimulus measures. And if it pulls back too aggressively, the World Bank warned, it threatens the prospects of vulnerable countries across East and Southeast Asia, where growth has already been slowing.

What the Fed decides in Washington has a huge impact on a number of developing economies.

The decision after the crisis to implement a large-scale bond-buying program drove down U.S. interest rates – sending a flood of hot, speculative capital into emerging markets in search of better returns and fuelling property bubbles and economic growth in parts of Asia and South America.

But now, as the Fed begins to remove stimulus, some capital is returning to developed markets to take advantage of more attractive returns. Ten-year U.S. Treasuries, for example, now pay about 2.9 per cent, up from 1.63 per cent last May. That has led to a withdrawal of capital from developing-country currencies, bonds and stocks. Longer-term interest rates in places like Brazil, Indonesia, India and Singapore are all significantly higher than they were a year ago.

Kaushik Basu, the World Bank's chief economist, noted that "the novelty of the unwinding process has only begun," and said the spike in long-term rates that began in the summer of 2013 shows that a "more abrupt rise" is a possibility.

"In such a disorderly adjustment scenario," Mr. Basu wrote, "capital flows to developing countries could decline temporarily by 50 per cent or more for a period of several months – potentially pushing one or more countries into crisis."

Last May, when the Fed first announced its intention to ease its bond-buying program, emerging markets and their currencies were hit hard – with the Indian rupee, the Indonesian rupiah and the Thai baht, in particular, falling steeply.

Of course, recently released U.S. jobs numbers – showing the U.S. employers hired the fewest workers in about three years – are proof that the U.S. recovery is still in arduous progress, and the Fed is likely to move cautiously. At its December meeting, it elected to reduce its bond buying by $10-billion (U.S.) a month to $75-billion.

Arvind Vijh, Deloitte Canada's director for India and Southeast Asia services, said gradual tapering could eventually be positive for certain countries in the Asia-Pacific region, particularly those dependent on exports to developed economies that are now picking up or those with more ties to the U.S. economy, such as Malaysia and the Philippines.

"The taper will have an impact on the region, both in terms of the exchange rate, as well as the inflows of money from outside the region," Mr. Vijh said.

"But at the same time, there's a positive impact, because if the Fed is tapering, that means the U.S. economy is improving … and the key will be, which countries can take advantage of that?"

Delta-Q's Mr. Sanders isn't too worried. "If the easing is sudden and deep, I expect it may have some impact," although effects likely wouldn't be felt for at least a couple of years, he said. 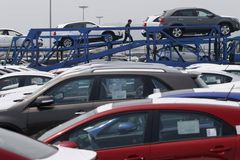