Anti-austerity rage swept across Europe, paralyzing cities in hard-hit Mediterranean countries in the first co-ordinated protests and strikes since the debt crisis began three years ago.

The strikes and demonstrations, some involving hundreds of thousands of people, hit more than 20 countries in the European Union on Wednesday, disrupting airports and ports, closing roads and public transportation and shutting some essential services. The biggest protests were in Portugal, Spain, Greece and Italy. Their economies are in deep recession as austerity measures – deep government spending reductions and tax hikes designed to balance national budgets – kill consumption and push jobless rates into double-digit territory.

The union-led protests – called European Day of Action and Solidarity – were largely peaceful. But they turned violent in Lisbon, Madrid and Rome when strikers clashed with police. Dozens of arrests and injuries were reported in those cities. In Madrid, police fired rubber bullets to control the most aggressive protesters, with 34 injuries reported.

The protest in Barcelona was a mostly peaceful – yet heady – mix of chants, sweet-smelling marijuana and red and yellow smoke flares. Protesters of all ages carried flags depicting revolutionary figure Che Guevara. Some placards featured the face of Prime Minister Mariano Rajoy over a pair of scissors – symbolic of the aggressive spending cuts associated with the hated austerity programs.

Bank bashing was also a popular theme. On one of the main streets, protesters used red spray paint to blot out some letters of a Banco Santander SA sign, rendering it "Satan."

Repossessions by banks, coupled with the bank bailout, have angered many Spaniards. "We are paying for the banks," said Jose Manuel Asensio, 55, an infrastructure worker at a phone company who was marching with the protesters in Barcelona. "The bank profits are private and their losses are public."

Banks are receiving as much as €100-billion ($128-billion) in bailout loans even as social services are being gutted under the austerity measures. The centre-right government of Mr. Rajoy is accused by the protesters of being the lapdog of austerity champion Angela Merkel, the German Chancellor.

"Mariano is a slave of Angela Merkel and the European Union," said Luis Aborco Fronco, 33, an unemployed painter who carried a placard that read "There is no future" that featured a picture of Mr. Rajoy.

Another protester, Alvaro Burgos, an accountant at the local Michelin tire headquarters, directed his anger at wealthy Spaniards. He said they were easily evading taxes while middle- and lower-class families were getting eaten alive by new taxes. "The crisis is being paid for by the poor people," he said.

The anti-austerity protests have been gaining momentum since last year and reached crisis levels in February in Athens, when pitched street battles turned the city centre into a war zone and about 40 buildings were severely damaged or gutted by fire. Since then, the so-called troika – the European Commission, the European Central Bank and the International Monetary Fund – has taken a somewhat gentler view of austerity in recognition that spending cuts are triggering social unrest that can destabilize the very economies the group is trying to save.

On Wednesday, as the strikes and protests effectively shut down some European cities, EC economics commissioner Olli Rehn announced in Brussels that Spain will need no further austerity measures until the end of 2013, though Madrid will not meet its budget-deficit targets. The IMF in particular has been urging a more flexible approach to deficit reduction. However, austerity measures largely remain in place in all the high-debt countries.

Spain has replaced Greece as the primary concern of the troika. Its failing economy threatens to shred the euro zone, the 17 EU countries that share the euro currency. While Greece is in deeper recession, Spain is the region's fourth-largest economy – as big as Canada's – and there might not be enough firepower to bail the country out if it were to get shut out of the sovereign debt markets.

The Spanish economy crashed in 2007 and 2008, when the housing bubble, Europe's largest, burst. That sent the jobless rate soaring and crippled state finances as tax revenue dried up. Since then, the unemployment rate has climbed relentlessly, to 25 per cent – the highest in the Western world.

According to AFI, a financial consultancy based in Madrid, Spain has lost 3.2-million jobs since 2007, and there is no sign of a bottoming out. In the third quarter of this year, almost 100,000 jobs disappeared. AFI forecasts that the jobless rate will hit 26.6 per cent next year. The youth unemployment rate is well over 50 per cent.

The lack of job opportunities has caused widespread pain among the poor in Spain, where more than 625,000 families have no income and banks have repossessed about 400,000 houses. Earlier this month, a 53-year-old Spanish woman, Amaia Egana, from northern Spain, jumped to her death as bailiffs tried to evict her from her house under foreclosure laws. Her suicide triggered public fury throughout the country, eliciting a promise from Economy Minister Luis de Guindos that mortgage arrears will not deprive the needy of housing. 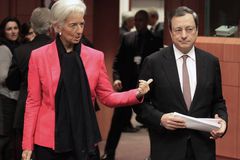 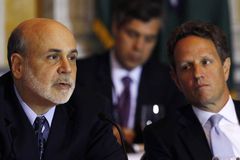 Who makes the zombies? The Bank of England
Subscriber content
November 14, 2012 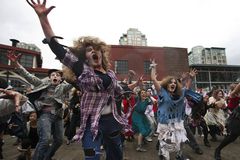 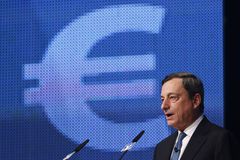 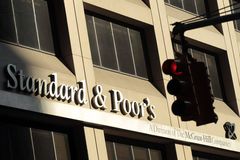 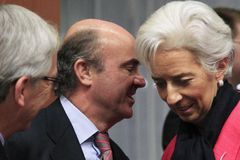