The chairman of Cyprus's biggest commercial bank offered his resignation and thousands of students protested in the capital as banks stayed shut to stop a run on deposits after the island agreed a painful bailout to avert bankruptcy.

The banks were ordered to remain closed until Thursday, and even then will impose capital controls to prevent depositors from stripping out all their funds.

A Reuters eye witness estimated up to 3,000 high school students protested outside parliament, the first real expression of popular anger after Cyprus agreed the €10-billion ($13-billion U.S.) bailout with the European Union. Though the deal prevented a meltdown in its banking system, it could also saddle the country with years of austerity.

The chairman of the Bank of Cyprus, Andreas Artemis, who found himself at the centre of the financial turmoil gripping the east Mediterranean island, offered to resign on Tuesday, a source at the bank said.

"He sent a resignation letter this morning which will be examined by the Board of Directors convening this afternoon," the bank source said, requesting anonymity.

After returning from last-ditch negotiations in Brussels, President Nicos Anastasiades said late on Monday that the rescue plan agreed with international lenders was "painful" but essential.

He agreed to close down the second-largest bank, Cyprus Popular, and inflict heavy losses on big depositors, many of them Russian, after Cyprus's outsize financial sector ran into trouble when its investments in neighbouring Greece went sour.

European leaders said a chaotic national bankruptcy that might have forced Cyprus from the euro and upset Europe's economy was averted. Investors in other European banks are alarmed by the precedent of making depositors bear losses.

"The agreement we reached is difficult but, under the circumstances, the best that we could achieve," Anastasiades said in a televised address to the nation.

Many Cypriots say they do not feel reassured by the bailout deal, however, and are expected to besiege banks as soon as they reopen after a shutdown that began over a week ago.

Reversing a previous decision to start reopening at least some banks on Tuesday, the central bank said late on Monday that they would all now stay shut until Thursday to ensure the "smooth functioning of the whole banking system."

Little is known about the restrictions on transactions that Anastasiades said the central bank would impose, but he told Cypriots: "I want to assure you that this will be a very temporary measure that will gradually be relaxed."

Such controls are at odds with the European Union's ideals of a common market but the government is anxious to prevent any panic that would cause even more disruption to the economy.

The central bank has imposed a 100-euro daily limit on withdrawals from ATMs at the two biggest banks.

Without an agreement by the end of Monday, Cyprus risked becoming the first country to be pushed out of the European single currency - a fate that Germany and other northern creditors seemed willing to inflict on a nation that accounts for just a tiny fraction of the euro economy and whose banks they felt had overreached themselves.

The plan will wind down the largely state-owned Cyprus Popular Bank, known as Laiki, and shift deposits under 100,000 euros to the Bank of Cyprus to create a "good bank", leaving problems behind in, effectively, a "bad bank".

Deposits above 100,000 euros in both banks, which are not guaranteed by the state under EU law, will be frozen and used to resolve Laiki's debts and recapitalise the Bank of Cyprus, the island's biggest, through a deposit/equity conversion.

The raid on uninsured Laiki depositors is expected to raise €4.2-billion of the €5.8-billion the EU and IMF had told Cyprus to raise as a contribution to the bailout, Dutch Finance Minister Jeroen Dijsselbloem said.

Laiki will effectively be shuttered, with thousands of job losses.

Comments by Dijsselbloem on the need for lenders to banks to accept the potential risks of their failure had a knock-on effect in the euro zone, raising the cost of insuring holdings of bonds issued by other banks, notably in Italy and Spain.

Senior members of the European Central Bank sought to row back from Dijsselbloem's comments, insisting that Cyprus is a special case and not a model for other countries that might need rescuing.

Russia signalled it would back the bailout, even though it would impose big losses on Russian depositors, who by some estimates may hold a third of all deposits in Cypriot banks.

Cyprus's tottering banks held €68-billion in deposits, including €38-billion in accounts of more than €100,000 - enormous sums for a nation of 860,000 people that could never sustain such a big financial system on its own. 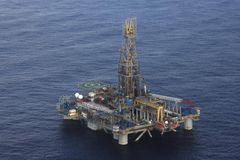 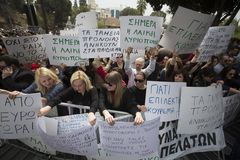 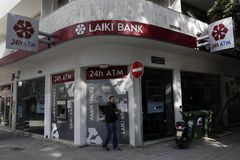 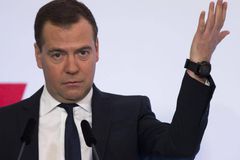